I had planned to go to Crusade in Penarth today but I'm absolutely shattered and didn't feel up to the drive and I would also ended up spending money I didn't have on things like the Bolt Action Chindits which would be another new project. So I've decided to spend some time this afternoon trying to finish my Celt warband, this morning being spent with my head in Johnny Red: Falcon's First Flight which at long last has been published by Titan Books. 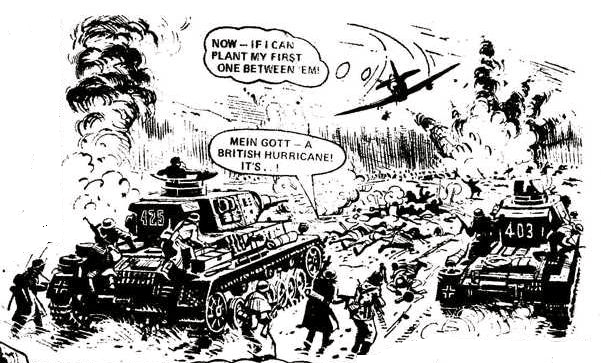 Johnny Red was the top story in Battle comic before Charley's War started and recounted the adventures of disgraced and cashiered RAF pilot Johnny Redburn who serving in the Merchant Navy steals a convoy Hurricane whilst under Luftwaffe attack before landing in Murmansk going on to serve with the Soviet Falcon Squadron.

As a product of its time it is a bit gung-ho but is worth seeking out for the excellent Joe Colquhuon artwork that brings the Eastern Front and the Siege of Leningrad to life.

Whilst Johnny Red's adventures have been available online for sometime it is nice to have them in a hardback volume to enjoy. Flicking through it certainly brings back lots of memories and I am now planning to paint up some models as the Falcon Squadron for use on the tabletop.
Posted by Steve at 11:58:00