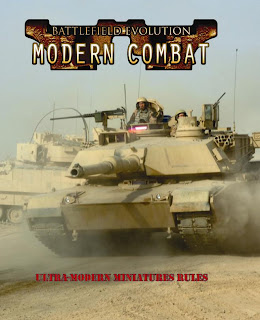 A busy week of work away from home has meant no progress on the wargames front, even a promised game of Zombies!!! at a friend's in Ipswich was lost to the joys of home brew barley wine and curry... I had planned to get on with the first warband today but SWMBO requested I accompany her shopping as this would ensure you didn't go AWOL for several hours. That plan crashed and burned in the first craft shop! Hopefully I can grab a some time tomorrow before the Merseyside derby (I have dug out some Foundation paints I forgot I had for the planned "session").

The only gaming 'activity' was winning a copy of Battlefield Evolution: Modern Combat on eBay for 99p, which should be good for 2ECW in 20mm and zombie apocalypse games and the arrival of Wargames Illustrated 280 which is a Sudan special which is very interesting and has an interesting article on Ancient Germans (which prompted me to dig out the Foundation paints!) - they are a tentative third force once the Celts and Romans are done. I haven't read much, just browsed the pictures. The latest Ancient Warfare mag also turned up which I haven't looked at yet but I trust will be as interesting as ever to an uneducated peasant like me...
Posted by Steve at 18:25:00