Rebels and Patriots: Blood on the Black River

Whereas The Men Who Would Be Kings and Lion Rampant include several vanilla scenarios that can be played several times, Rebels and Patriots is different in that it includes some more specific flavoursome ones that might not have huge regular refight value, but can provide a fun night of gaming, ones like The Great River Chase. 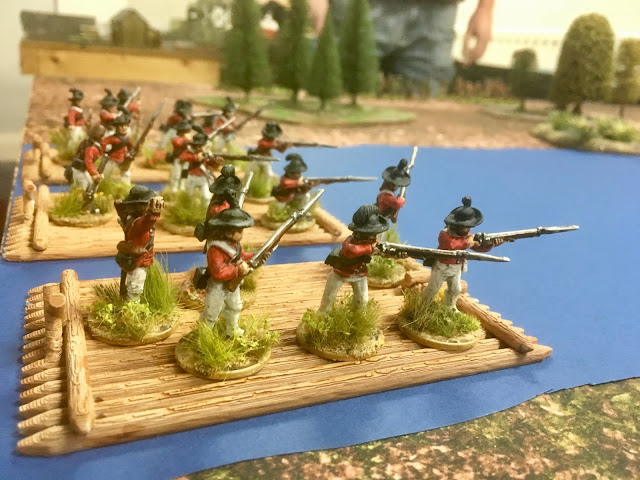 In the scenario the defender has three rafts with supplies which must be move down the river to safety whilst under attack. Hopefully some reinforcements will turn up to distract the attackers and allow the rafts to reach safety... 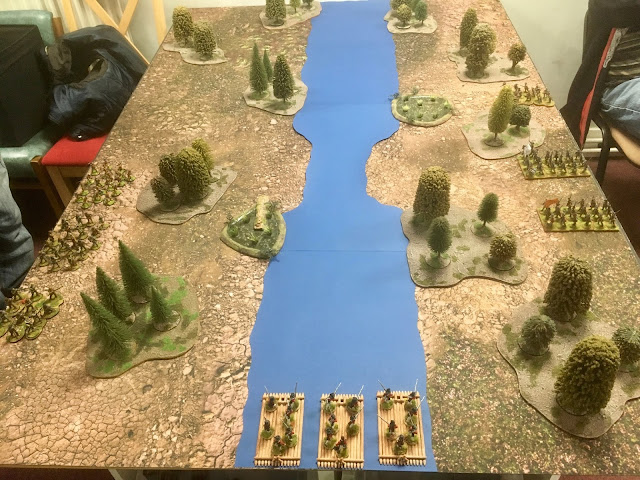 Movement for the rafts was random and could see them hitting the banks, or each other causing damage. 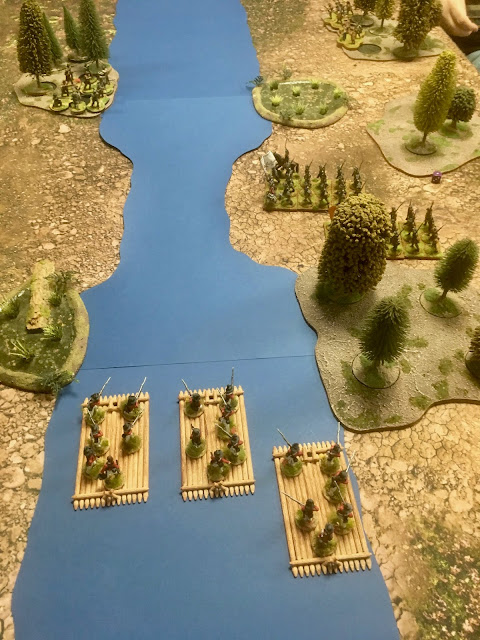 As the rafts approached a narrow section of the river they cam under fire from a unit of Matt's American militia on the river bank. 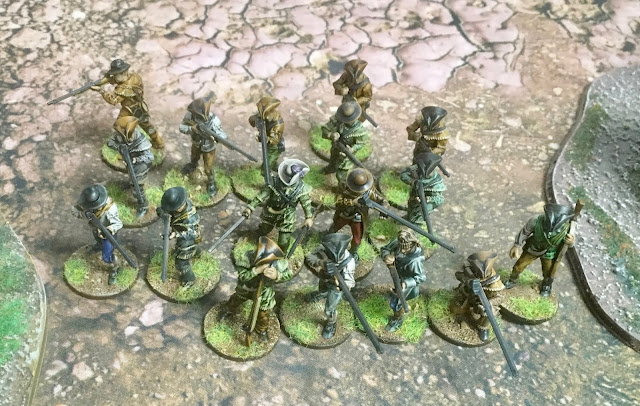 Not that they hit one of the British rafters - or did anything the rest of the game! 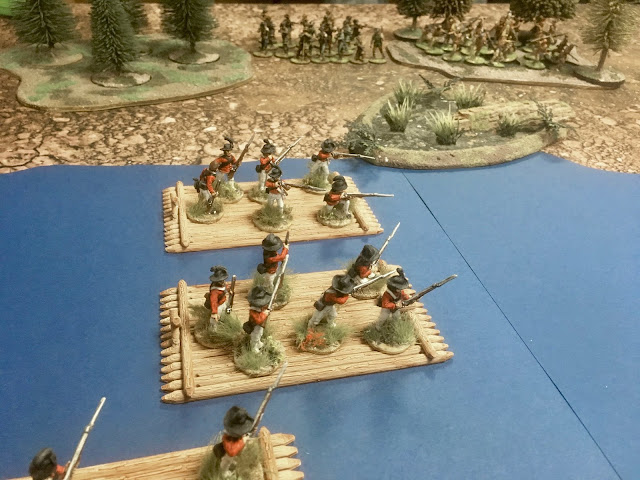 As the rafts approached the narrows, one raft rammed another, causing itself some damage. 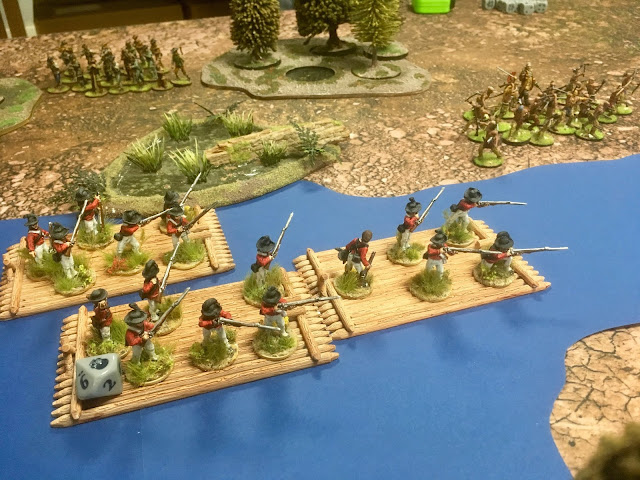 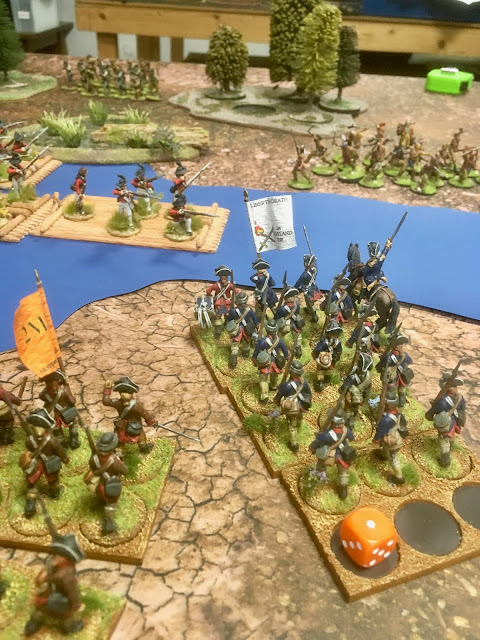 The fighting roused Steve's sleepy Hessians who began to march to the sound of the guns! 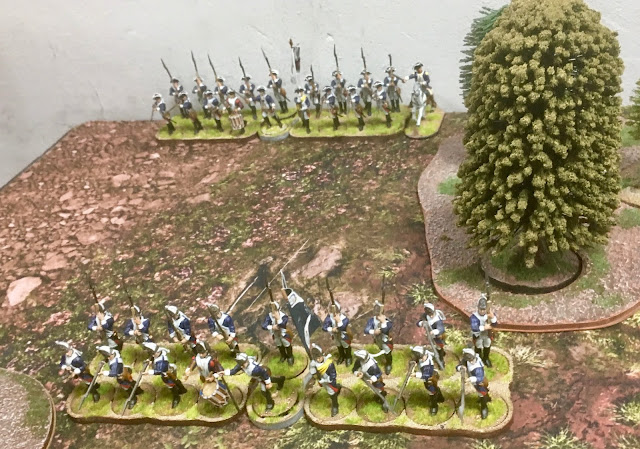 Back at the narrows one of the rafts sinks as another pushes on through...

At this stage we realised that we had not correctly crewed the rafts to reflect we were using larger forces than the scenario outline, so a couple more crew per raft suddenly appeared!. 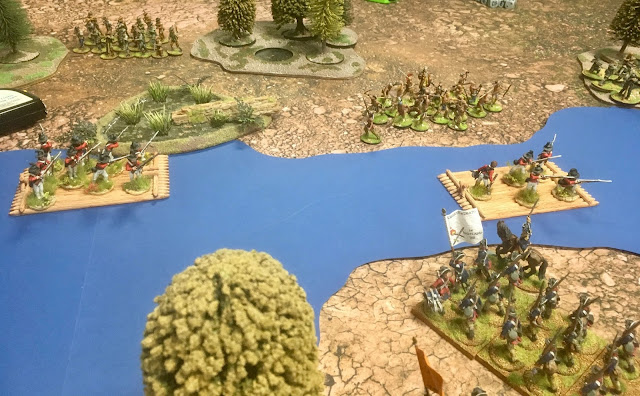 To be attacked by a tribe of native Indians. In a flurry of tomahawks and war-cries they kill most of the crew but fail to capture the raft! 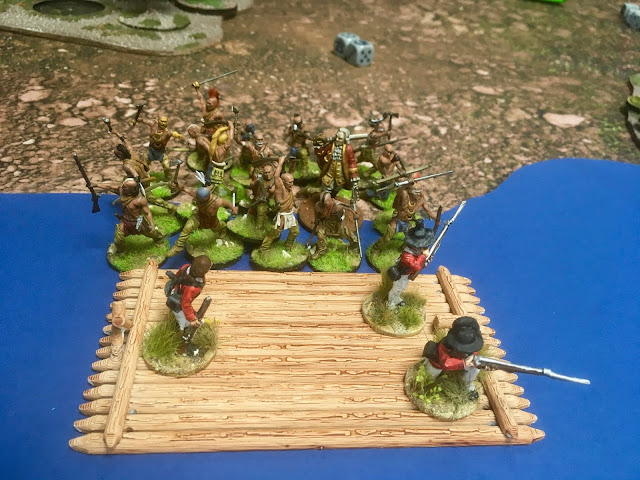 The second raft follows the first, now down to just one crew member, through the narrows taking damage from the Indians and more Militia in the woods! 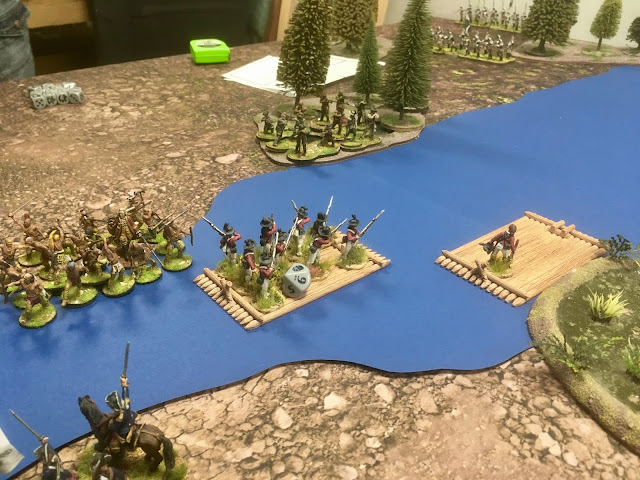 Despite the casualties and damage, the remaining British rafts moved on towards safety, with the Hessians moving up to give them covering fire... 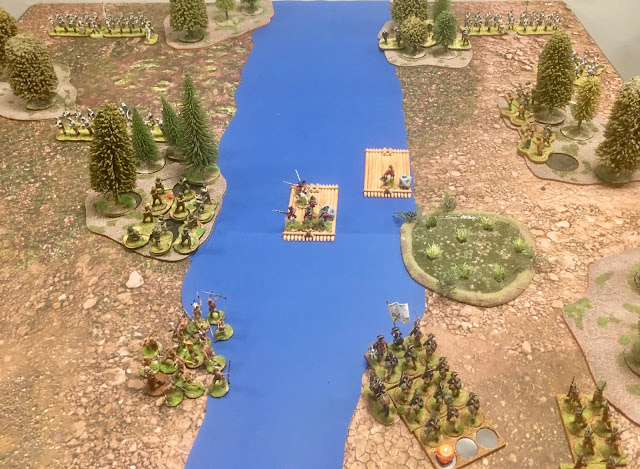 The Militia in the wood open up on the nearest raft, reducing its crew complement further... 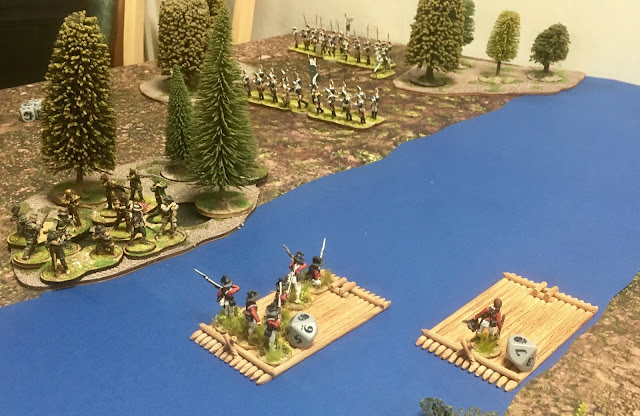 A turn later the two damaged rafts sailed past the Hessian Jägers and out of range of the American fire. 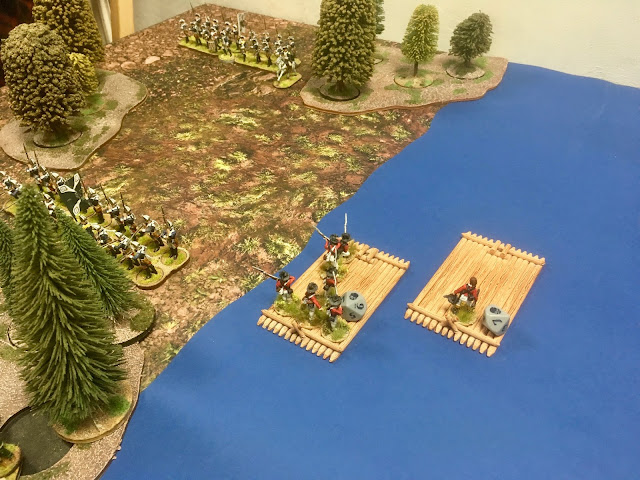 All that could stop success for the British now was one of the rafts accidentally ramming the other, causing more damage and sinking one or both... 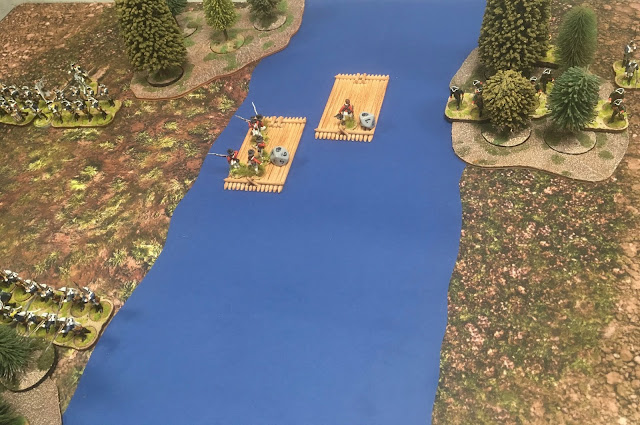 Fortunately for the British, their movement rolls avoided any collision and the two damaged and largely de-crewed rafts reached safety! 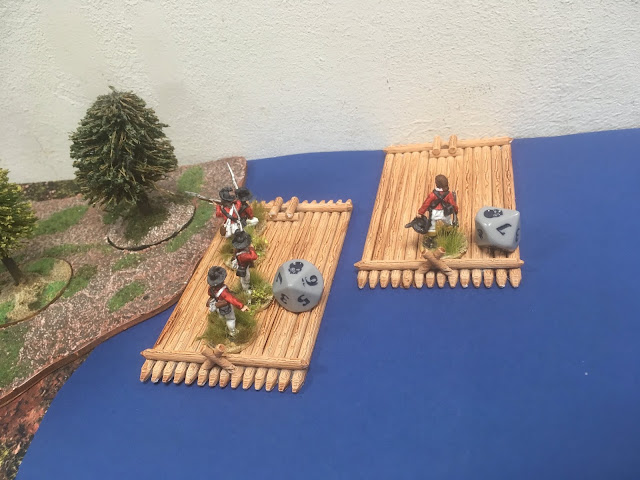 As I said at the start I'm not sure The Great River Chase has a lot of repeat gaming value, but it was a lot of light hearted fun and I'm sure we will give it another spin on future occasions. It might also make for an interesting scenario set in a different gaming period, maybe escaping revolting natives in a Colonial war?
Posted by Steve at 13:42:00