Well.it's taken a bit longer than planned but I have finished the first three bases of my first ACW Union Infantry Regiment using Perry's 28mm plastics. Hopefully the other three bases including command will be finished tomorrow.

I had a few problems finding a blue spray that would look good after being dipped with Army Painter Dark Tone and I think I found one. As previously mentioned I also struggled with a trouser sky blue and in the end went 50/50 on two Vallejo light blues, one sky, one blue grey. 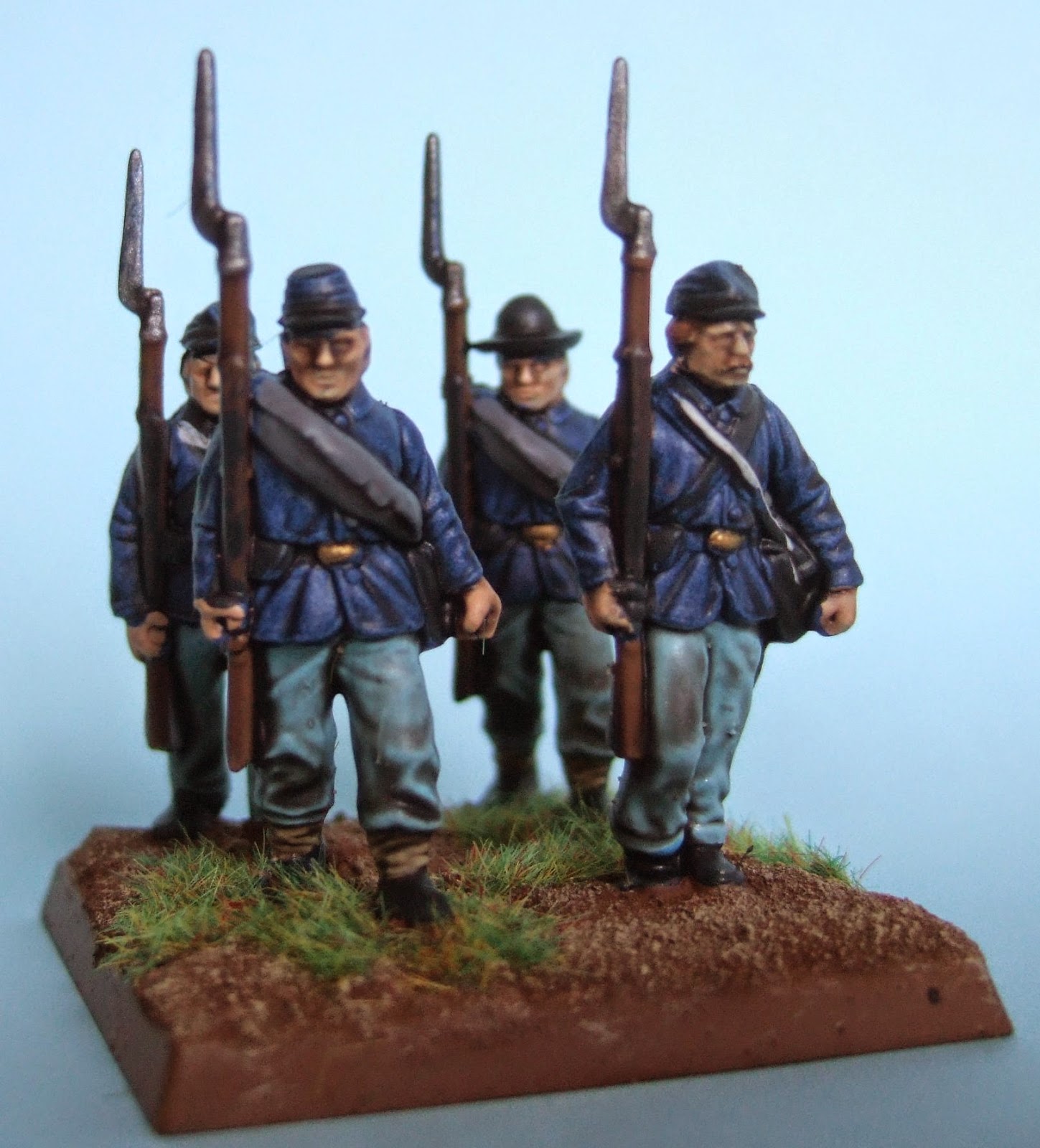 I wasn't sure how the dip would look with its black pigment on the figures, especially the lighter colours, but I'm happy with the grubby campaign look that has resulted and they will look good en masse.