I managed to finish a couple more of the Olley's Armies Prussian Scrunts today, a mechanic and a medic. I used the same dip technique as the other figures, though I am contemplating putting some paint chips and rust on the mechanics tool box... 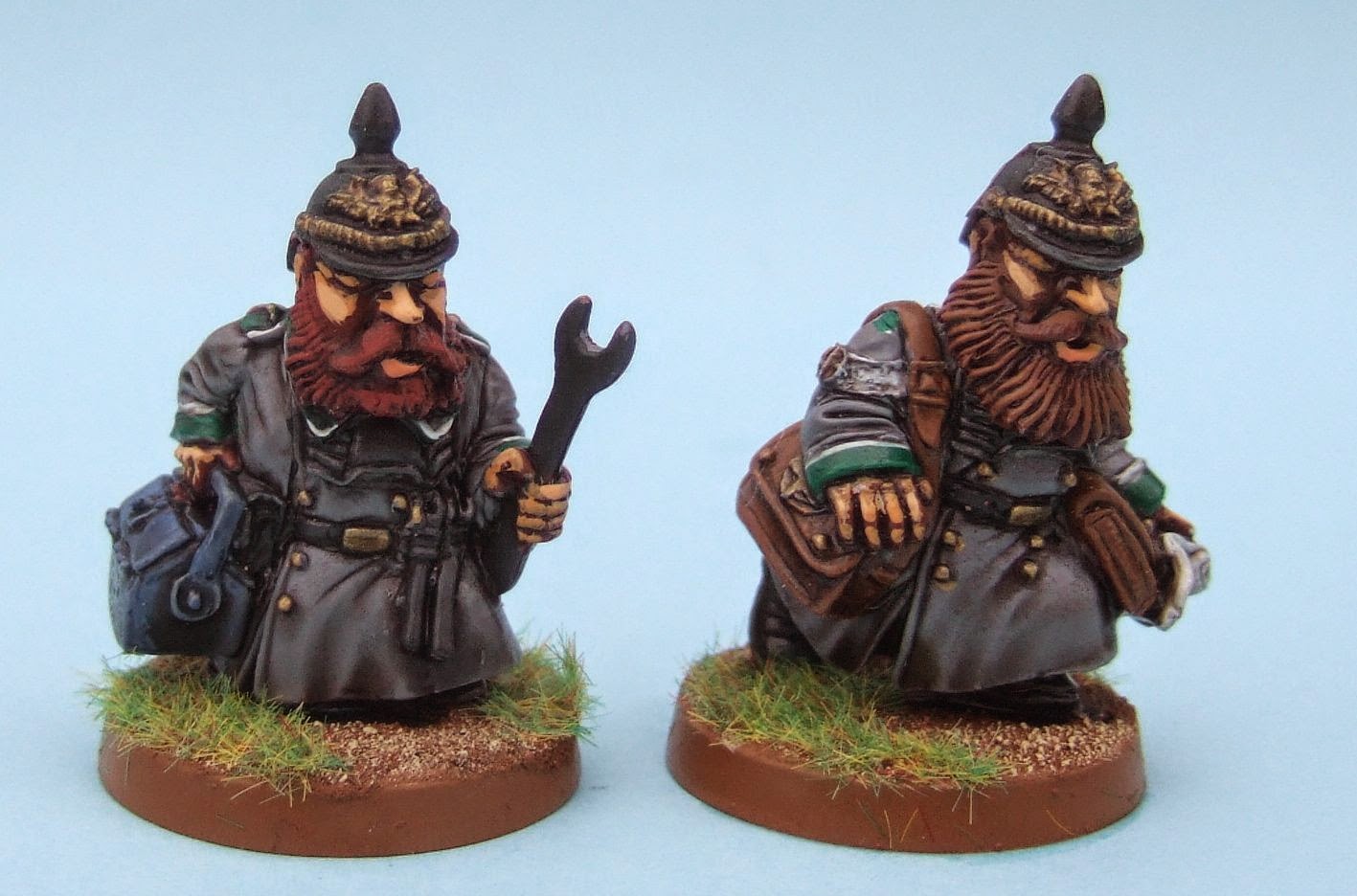 I wasn't sure what I was going to do with these, but now have had an idea to combine them with the original Victorian Steampunk Scrunts (currently hiding in Lead Mountain) for some kind of Victorian Dwarf Steampunk Civil War loosely inspired by the German Civil War with Imperials v Communists.