I watched Attack on Leningrad today, a Russian film set during the 800 odd day siege. Despite a cast including Gabriel Byrne, it was badly acted, badly scripted and had a ridiculous opening battle scene where the Soviets and Germans charge into no mans hand to engage in hand to hand combat rather than shoot each other... 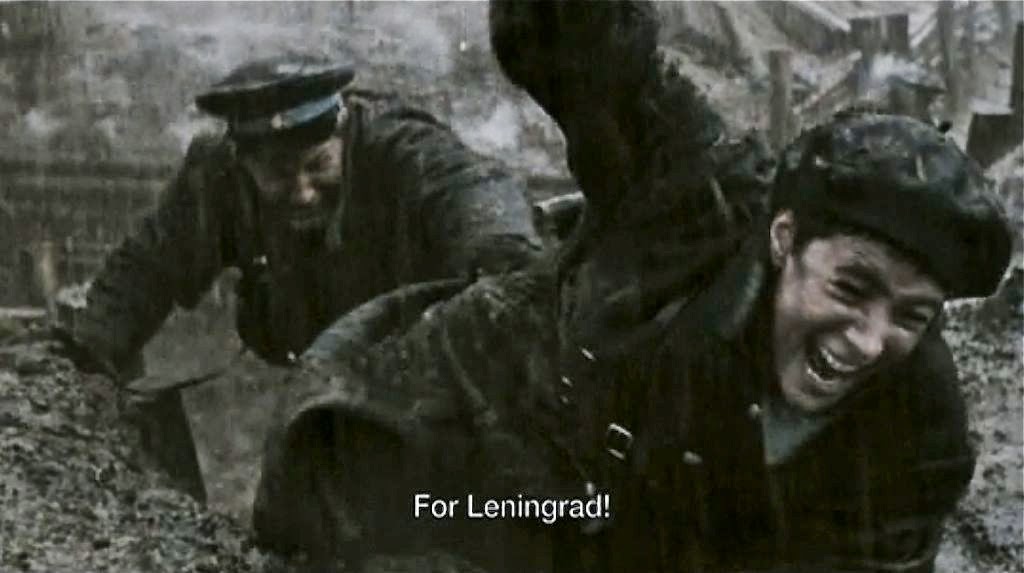 However, despite being pretty poor fare it did have some great imagery, and was very atmospheric, capturing the plight faced by the civilians very well. On one side the German high command are seen waging a war on calorific intake (starving the defenders) from their plush HQ, on the other Soviet children are licking the wallpaper for the flour paste that had been used to hang it. 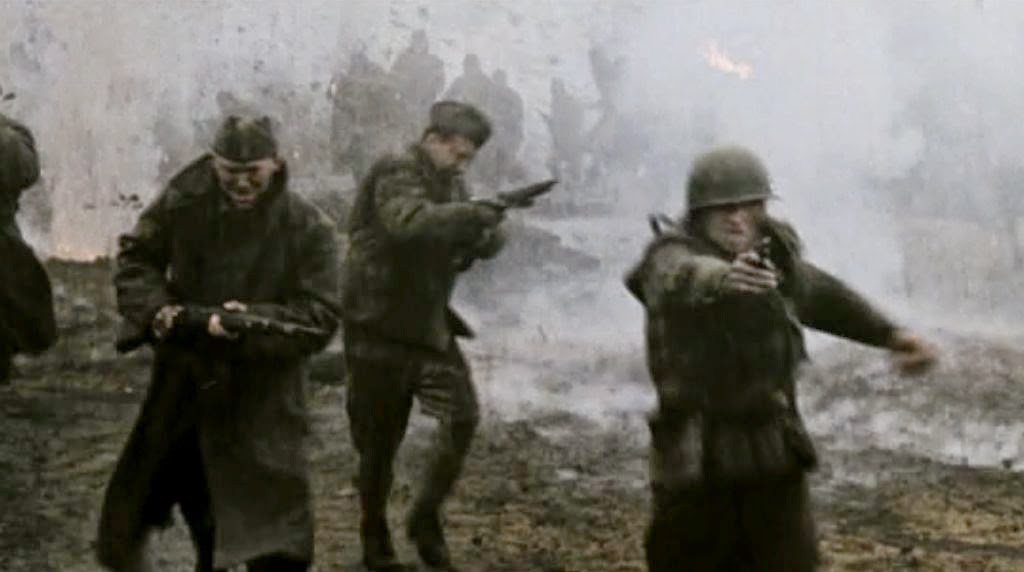 One of the two main characters is a police officer and from a gaming point if view could easily be included in a militia unit through a simple paint job (black uniform with light blue tabs). This has got me thinking about extending my Winter War project (when I eventually get the miniatures) to include a 1941 Leningrad offshoot, using the BTD Germans in greatcoats I bought earlier in the year - it'll give me an excuse to buy some of the Crusader winter Soviets! 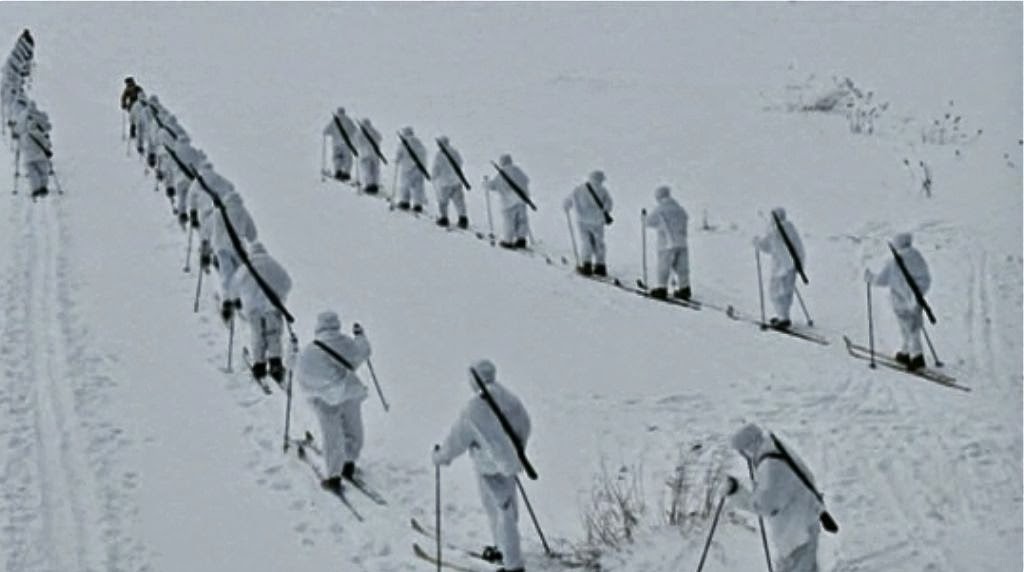 So, whilst not a brilliant film, it may be the spark to something new on the miniatures front next year...
Posted by Steve at 21:20:00