My October War project received a big boost yesterday when David Manley sold me his 1/285th Arab-Israeli Wars collection. The vast majority of models are GHQ (including some useful old ones that are OOP) and having sorted them out whilst watching Mexico v Cameroon, I am a very happy bunny... 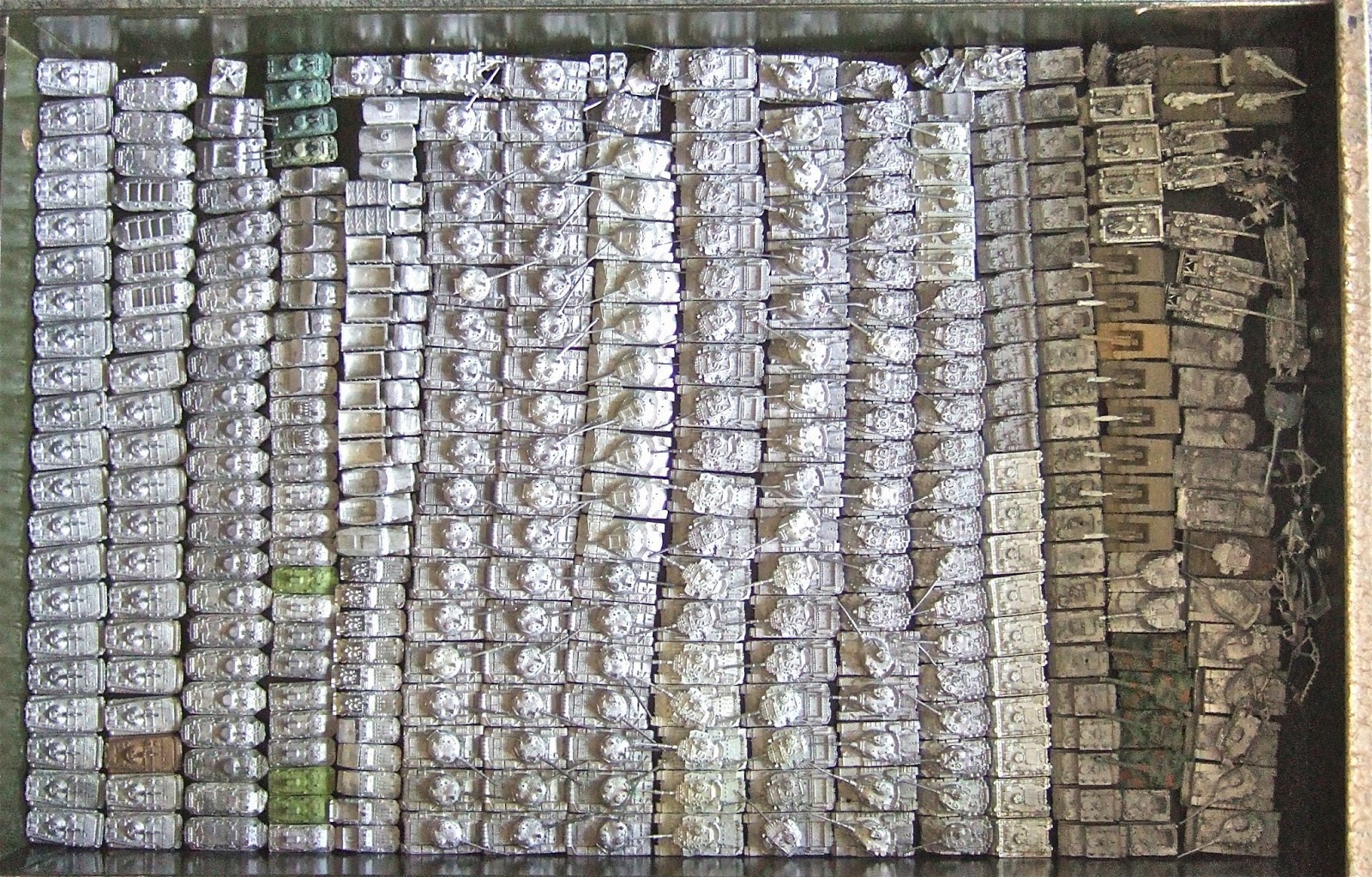 There were also four landing craft and a Bergtiger! :-)