Despite being dragged into the garden by SWMBO today and getting mud on my hands (the horror) I managed to finish painting the first of the reinforcements I bought - seven Sho't Meteor's to finish off my first IDF tank company. 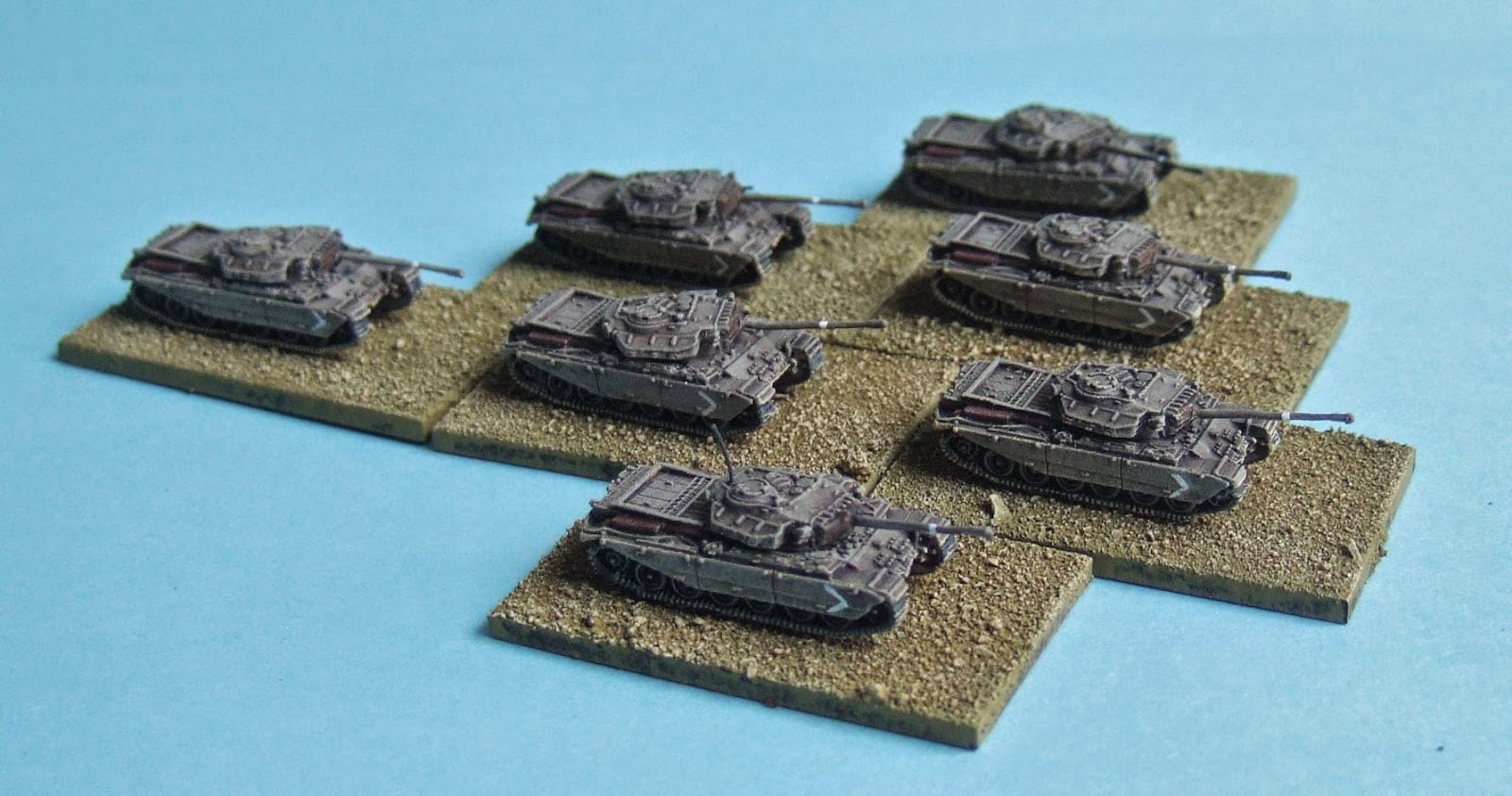 I had thought that whilst the Sho't Meteor saw service in the 1967 Six Day War, that all the Centurions had been upgraded to Sho't Kal status by 1973. Fortunately, whilst the majority of Centurions had been upgraded, the Israeli 205th and 679th Armoured Brigades were still equipped with the Sho't Meteor at the time of the October War, albeit on the Golan front (so I will need to tackle the Syrians at some stage). 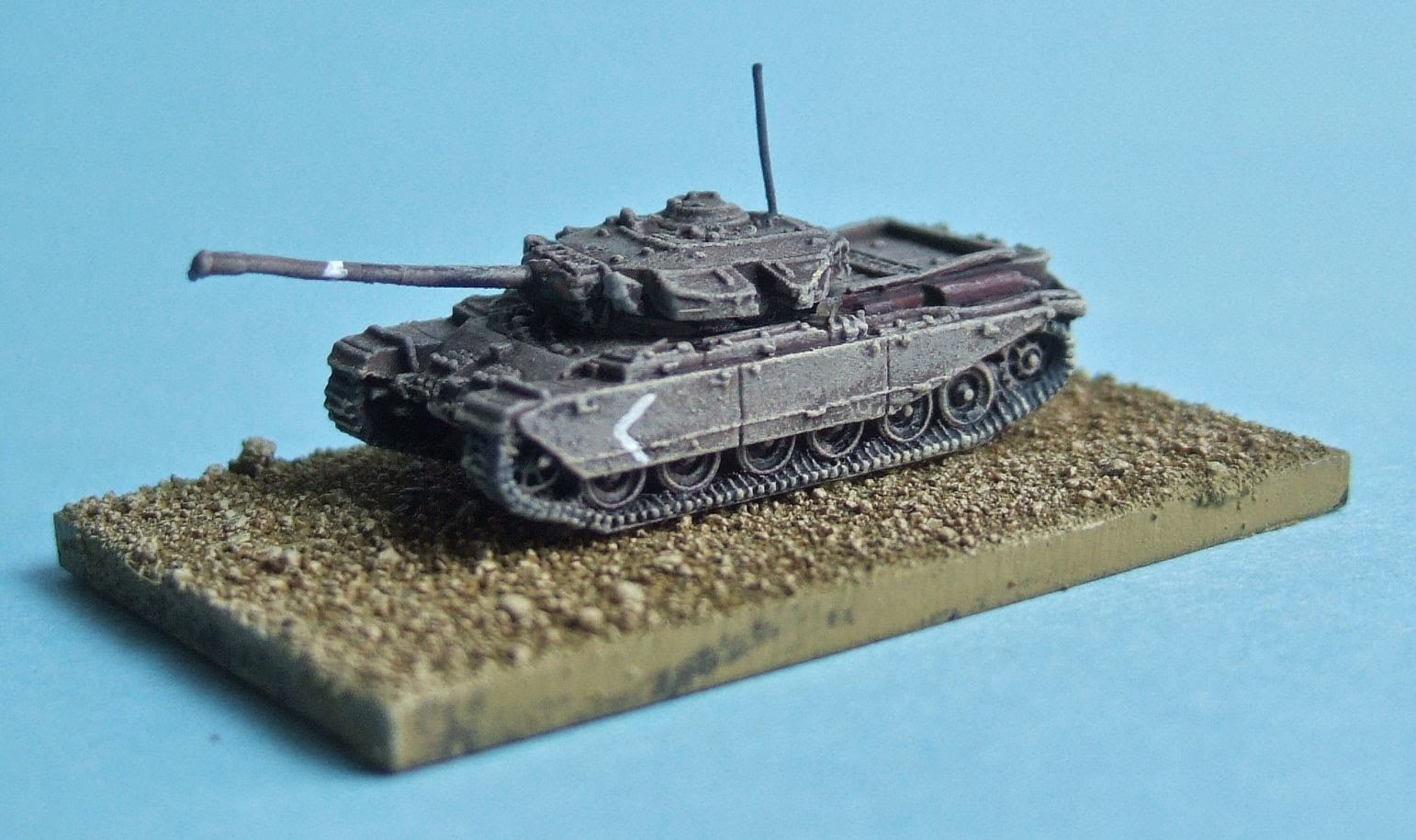 One of the unpainted models had been fitted with a nylon (fishing line?) aerial, which not only helps identify the company HQ tank but also is less prone to damage than the 5 amp fuse wire I had been using (as seen on the T-62's). 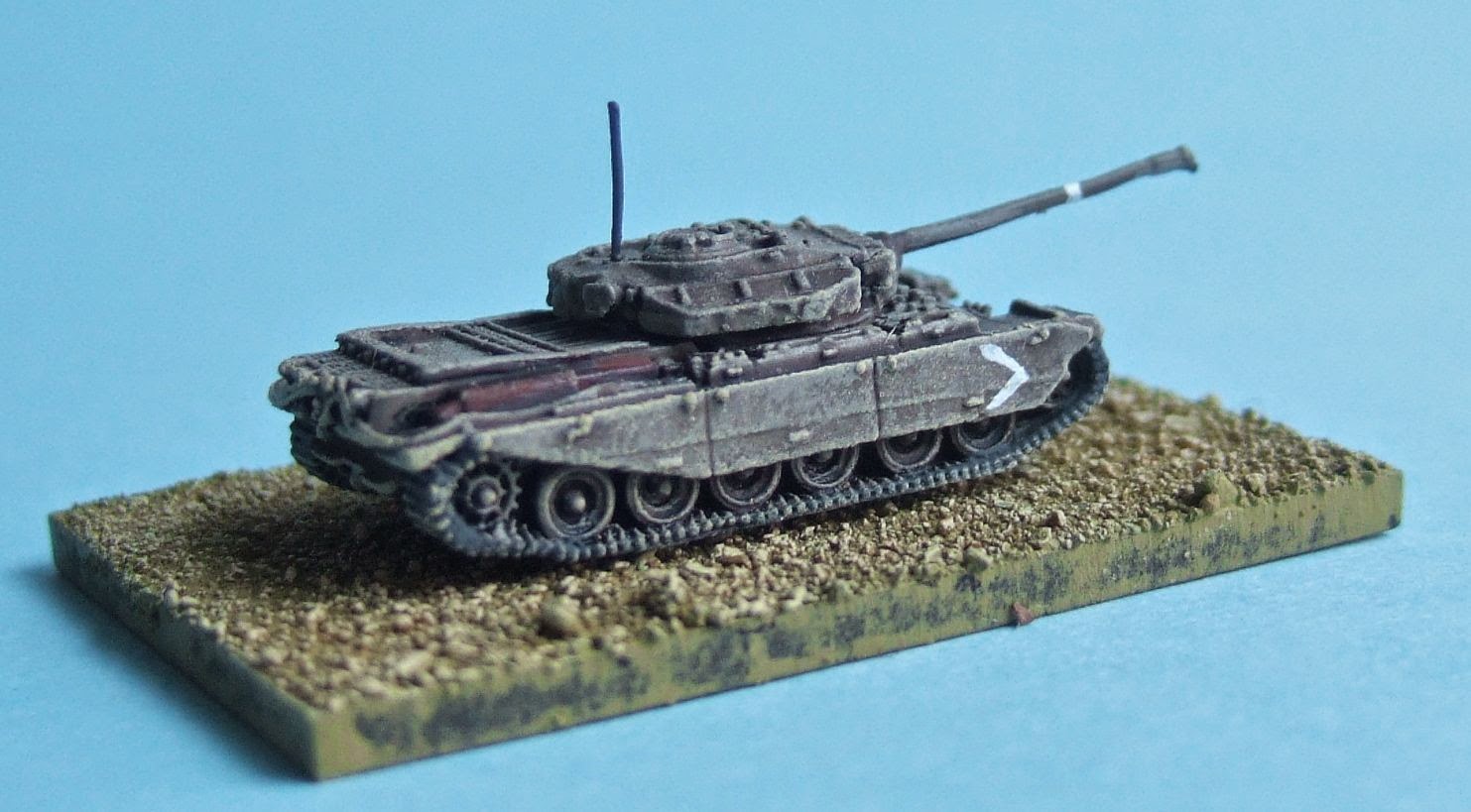