Following on from the Dreadfire Portal, I have now finished the Eternity Stair received at Christmas from Angji and family. This was a much better model than the Dreadfire Portal and very easy to construct, although the tower does come in four sections rather than two and requires a bit of patience to stick together (my tip, build two halves then glue them together). 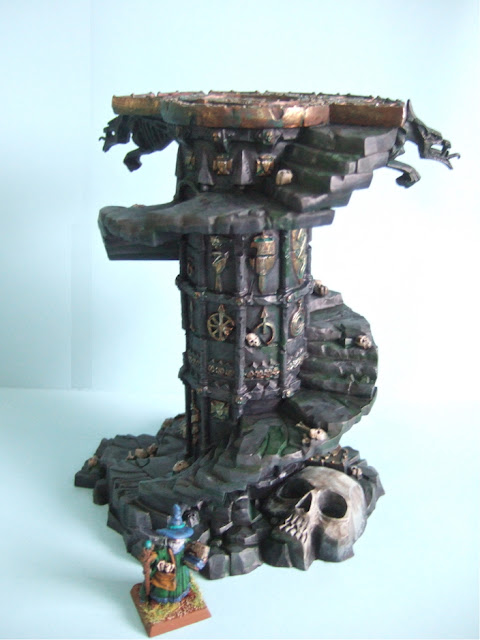 I decided that I wanted this to look like an old weather structure as well, though this model is has much less of a grey-green finish than the portal, it still has the same old bronze and verdigris on the metal work as well as some moss and Devlan Mud weathering on the stonework and skulls. 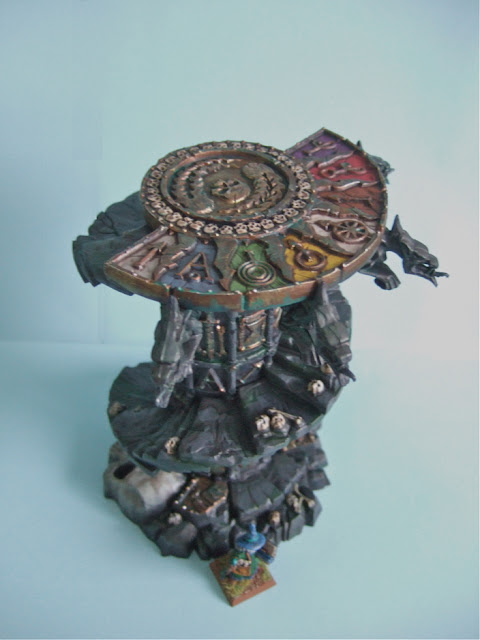 The platform features the signs of the eight winds of magic from the Warhammer background so I went with painting the colours under each design. I didn't manage to get these colours as pale as I wanted as my attempts to do so ended up changing the colours but I think the final effect is ok. 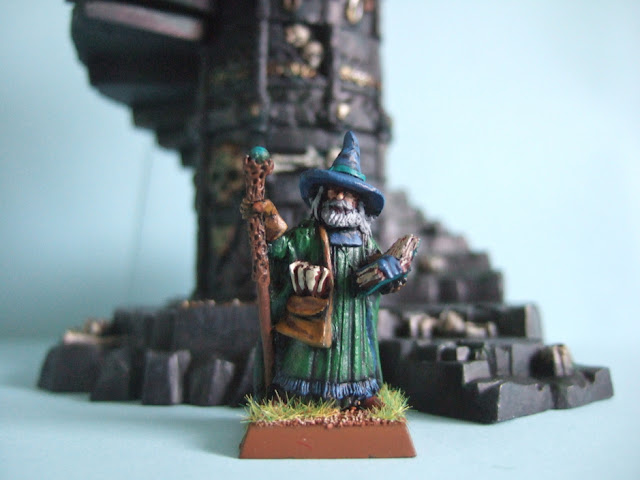 Finally I decided to paint up an old GW wizard who has been languishing on Lead Mountain for far too long. Having painted up a red wizard and a purple one a little while back I thought it an idea to paint up one from a different college of magic. The obvious colour for this Gandalf-esque model was obviously grey so being ornery I decided on green and a wizard of the Jade Order which has turned out ok.
Posted by Steve at 11:37:00