A bit of a change of pace but still sticking with an air theme(!) I painted up these two Dwarf Rockeeter conversions I made for Saul's WHFB Dwarf army yesterday. They have been sat undercoated on the workbench for almost a year now, but looking for something to polish off whilst still "in the zone" painting wise I decided their time had come. 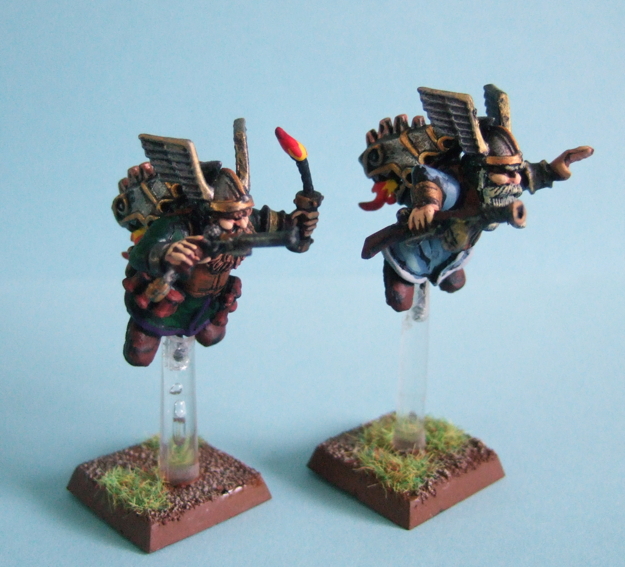 In my formative years of fantasy gaming I was an Orc gamer but have over the last few years grown to appreciate the 'stunties'. That said, and whilst Saul's army is a WHFB one, I don't like the road GW have taken with their Dwarves, preferring a more Nordic/Tolkien feel. I especially don't hold with Dwarves, the archtypical conservative race, being so technologically innovative and one of my pet 'hates' is the Dwarf gyrocopter which not only is un-Dwarflike to my mind, but a crap model. 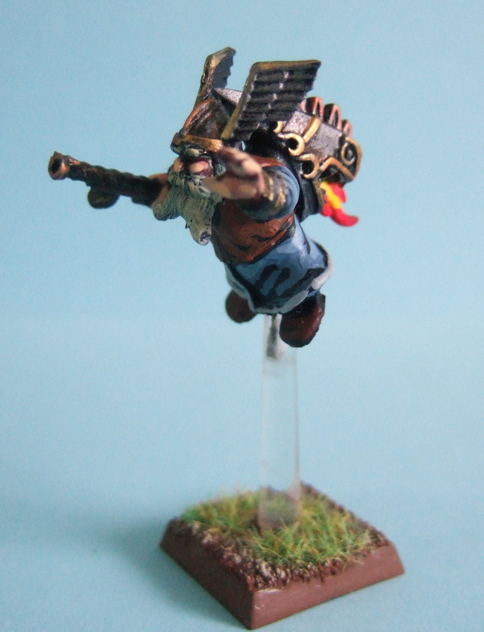 Consequently Saul's Dwarf army doesn't have any air assets, even though a gyrocopter is a useful asset for an army which is not exactly the most mobile. However a couple of years back I spotted some Dwarf Rocketeer conversions on the Bugman's Brewery forum and knew that not only were they pretty cool looking but would make a good proxy for the hated gyrocopter. 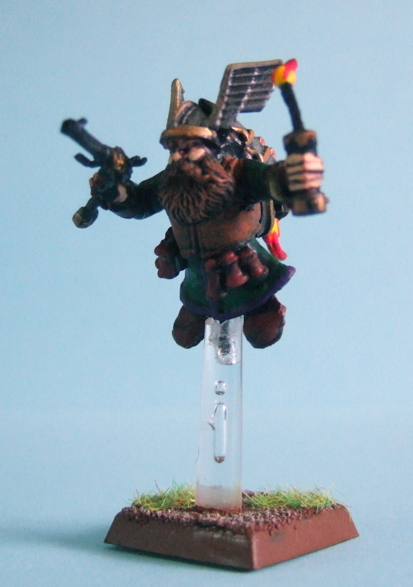 Unfortunately the current plastic Dwarf release, good though it is, is not suitable for converting into rocketeers, however it is relatively easy to get hold of the previous plastic set on eBay and even models already stuck together can be chopped and changed. The pièce de résistance is the simple use of the dragon's head standard as a rocket pack and as a nod to the Rocketeer film I used the winged helms for both dwarves (the idea being they change direction by moving their heads). I also added a stick of dynamite from the Miners box set to drop on the enemy! 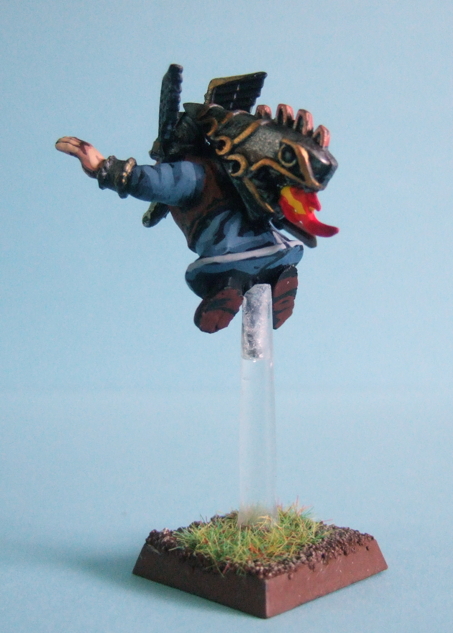 Overall, whilst a tad comic, I am really please with how these have turned out and may do three or four more to form a small unit of Rocketeers for unofficial games at home. When acting as a proxy for the Gyrocopter (for games down the local GW) the idea is to place both models into a 40mm square sabot base which I hope to knock up when making some new movement trays for other miniatures.
Posted by Steve at 10:08:00