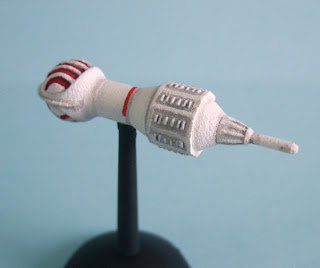 Rather than start with the iconic Liberator I painted up the two System Chase Craft I purchased from Admiral Duck Sauce at Shapeways (sold as Alien Pursuit Ship 48mm). Being ships from the same alien race as the Liberator, the Chase Craft design share a similar look although they only have the central hull and a red propulsion globe rather than the Liberator's green. The models are not 100% accurate (as the screengrab from the second series episode Redemption below shows) but they are nicely done and paint up well enough. 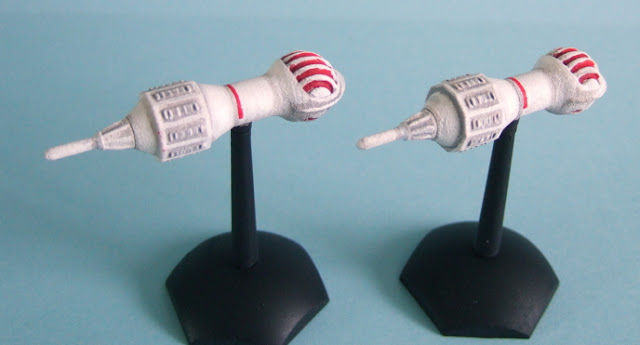 I am tempted to get a couple more to convert and maybe one of the larger 95mm models to use as a larger class vessel.