This Skytrex Camel has been sat folornly on the workbench for a few months now, the pan having been to paint it up as a Polish plane for the Russo-Polish War however having acquired some Belgian roundels that came with a 1/144th Hurricane I came across a reasonably colourful scheme for a Belgian Camel at WWI Aviation.com. The illustration doesn't state which squadron the Camel is in but as I beleive the Belgians only had one squadron operating Camels in 1917 I'm assuming it is the 1ère Escadrille de Chasse. 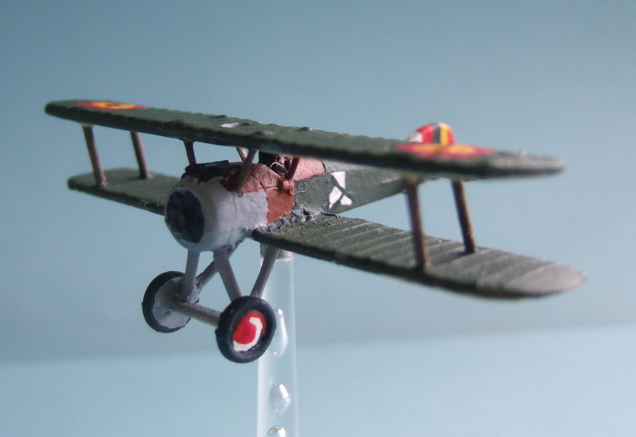 Whilst it looks a bit rougher in the photos than it is as the pictures are about twice the size of the actual mode and I am quite pleased with the finished model. I'm actually on a little bit of a roll plane painting wise and should have the Italian SPAD's finished later today... 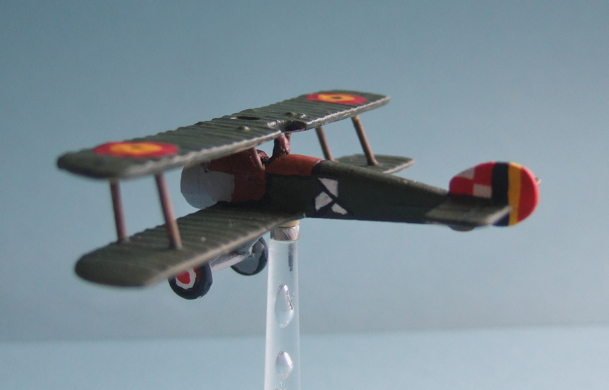