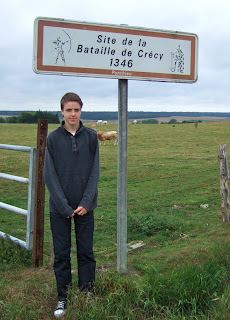 I was chatting to a friend about my summer holiday and he said, when talking about Agincourt (or Azincourt as the French and Bernard Cornwell spell it), something along the lines of "I don't suppose the French make much of a fuss about that". Actually this could not be further from the truth and in fact the French could probably teach us a thing or two about promoting our battlefield history.

We visited both the sites of Agincourt and Crecy on our holiday. There is not a great deal at Crecy, but to my mind it is the minimum standard we should be trying for here in Britain.

Along with quite a prominent sign, there is a small car park and wooden tower which you can climb to look over the battlefield which has a painted board inside matching the view but showing the distribution of the English and French forces and a dual language board with the background and outcome of the battle on. We probably only spent ten to fifteen minutes there but it was good to see history being remembered, even in this small way. 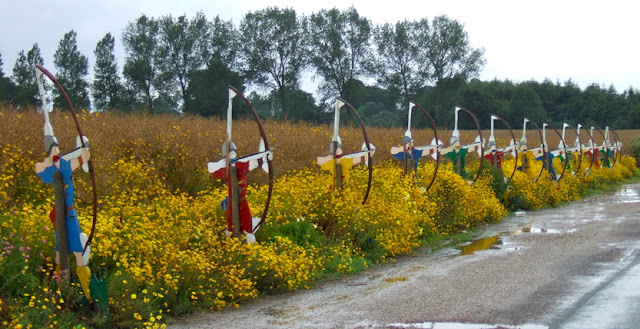 Contrary to Anglophile expectations the French do make a big fuss about Agincourt (even if only to get a few Euro off English tourists!). There is a really good visitors centre/museum in the lovely village of Azincourt which is highly recommended and clearly a lot of thought went into (I really liked the bow shaped display stands). 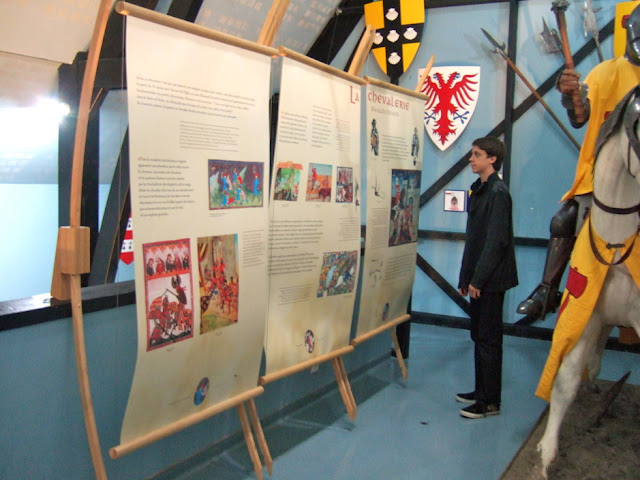 They also provide you with a map of the battlefield to either walk or drive around (given the weather we drove). There is a well tended memorial with dual language description and a useful stone table showing the distribution of the forces on the day of the battle. Also around the battlefield are lifesize painted wooden cut outs of archers and knights which add a certain je ne sais quoi but are quite effective. 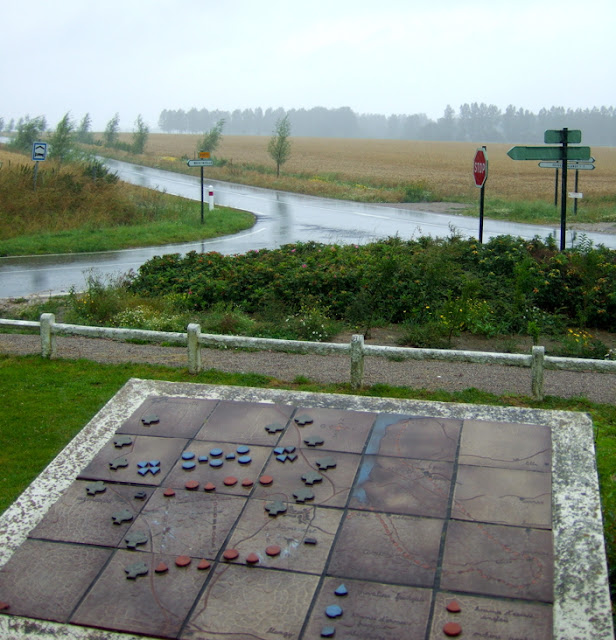 Unfortunately we missed the annual re-enactment event by a week but apparently 2015 is the year to visit as the re-enactors plan some impressive events including an arrow storm volley and having 300 knights walking into a rain of English arrows. Not one to miss I think. 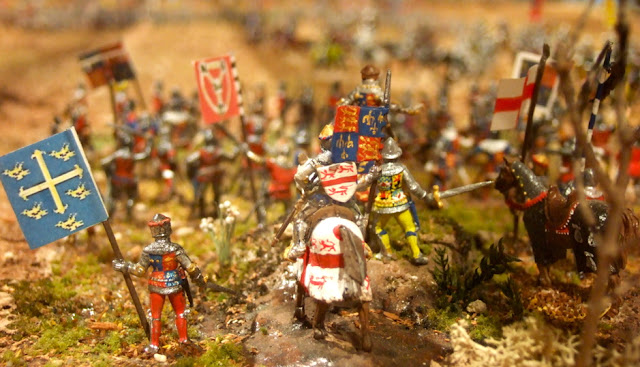