The omens were not good for Salute 2011... I left the camera charging at home, forgot to charge the Blackberry on the trip up the M4, someone decided to dig up the North Circular again and arriving at the ExCel at 9.25am, the pre-paid ticket queue was worse than Games Day (and I never thought to experience that again). However, the Warlords cleared the pre-paids swiftly and efficiently (GW take note) when the doors opened, the Blackberry held on to take 150 odd photos despite being on no bars in a red box for most of the day and both Saul and I had a great time. 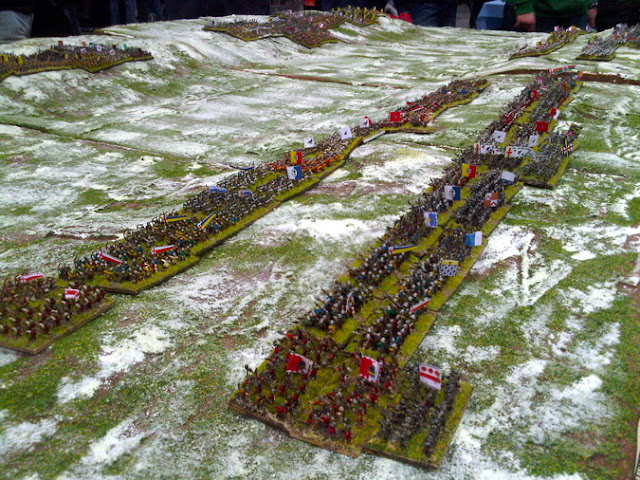 The ExCel might just be an impersonal metal box but it does give you loads of space and once through the door it was remarkably spacious (given the massive queue outside) allowing easy access to most traders and games. Some people moan about the ticket price but the amount of inspiration I come away with from Salute makes it worth every penny. 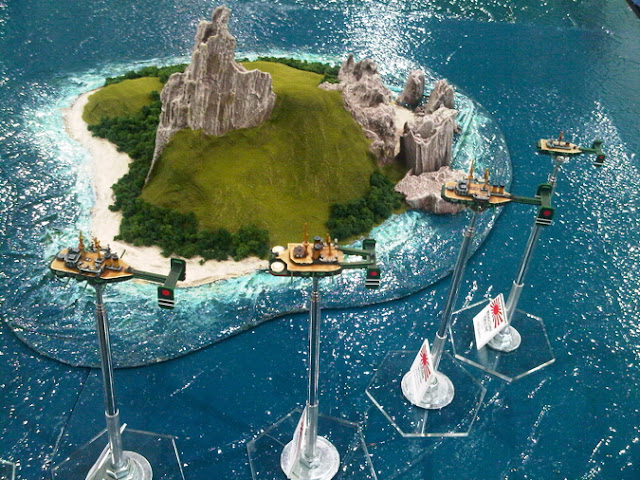 The games were of a consistently high quality. In some respects it is unfair to select some over others but the ones that especially caught my eye were an amazing US v Japanese Aeronef game, the 6mm Towton, an Abyssinian 1936 game, a Monmouth Rebellion game and a great FIBUA Grozny battlescape. 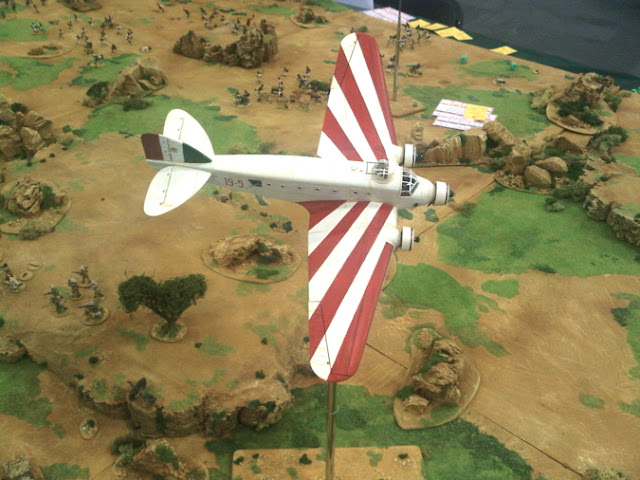 Spending wise well... I can say that I did not break my vow to start a new period and only bought figures to help finish existing projects but am broke! I did falter badly with Skytrex when buying two Spads and two Albatrosses but ended up getting a Sopwith Triplane and Handley Page 0/400(!), but I did resist the lovely new Short bomber. Ancients wise I did pick up Clash of Empires from Gripping Beast which I have only given a cursory glance to but looks ok (I also bought a box of Saxons to keep the Vikings I bought last year company - actually for Saga, more of which anon) . I intended to buy one box of Immortal Spartans but took advantage of their offer on three hoplite boxes which should now give me all the main units I need for the (as yet unstarted) Peloponnesian War project. Perry Miniatures (showing off lots of new plastic 3 ups) were selling their boxes for £15 so I grabbed a box of Zoauves to go with my ACW plastic boxes (all I need now is a few pieces of artillery to finish this) and might have a few left over to French VSF. Renedra has some interesting accessories on show and I bought a set of their new plastic gravestones and a pontoon bridge, 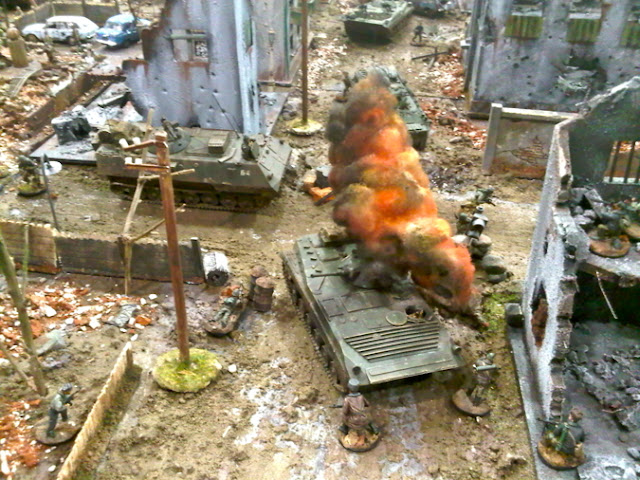 I did check a variety of games out whilst Saul played a few games of Wings of War. I did beat him trying out Mantic's Dwarf King's Hold boxed game which was a lot of fun so we bought a copy. Similar to Space Hulk in concept, this Dwarves v Undead game has a very cute chit based system that keep you on your toes and requires you to think tactically. Our game swung one way, then the other and then back again and we're looking forward to playing this a lot (and taking it on holiday!).  The Dark Age skirmish game Saga that Gripping Beast are publishing in the UK I only got a brief look at near the end of the day, but it looked useful with around 50 figures a side in units of around a dozen. I don't think any of the ancients set were selling themselves very well, Clash of Empires realising a small table with a couple of units would allow gamers to get a handle on the basic concepts (Mantic did this well with Kings of War). The other forthcoming game that caught my eye was Where The Poppies Grow, a brigade level WWI game demonstrated with lovely terrain and 20mm figures. Apparently available from July I was quite taken with the inclusion of air elements fighting above the land battle which added a splash of colour and worked visually very well... 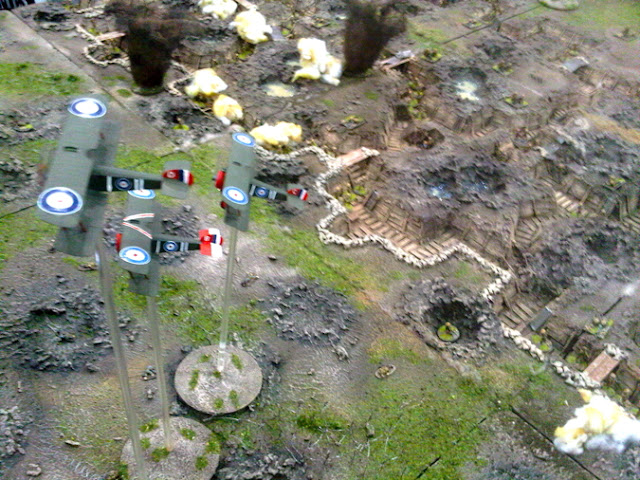 A number of forthcoming releases caught my eye. The Perry plastic 3 up's were interesting, but I was more taken with the Warlord Zulu War figures, their WW2 US infantry and Macedonian pike. Mantic were giving away sprues of their forthcoming Orcs if you signed up to mailing lists or played a game so we now have a small unit(!). Seriously they are very good and whilst I didn't like the Dwarves or Skeletons that much (they aren't as good as GW), the Orcs are really top quality.

Finally, as is my wont these days I've uploaded the photos into iMovie with prog rock sound track and uploaded the end product on You Tube so you if you have ten minutes you can see some of the wonderful games and models at Salute yesterday...