Back to the Eastern Front and I finished off this Skytrex RE8 in Soviet markings this morning. This particular plane was captured off the Poles in 1920 before being given fresh markings and re-entering service with the 1st Cavalry Army's Air Wing. 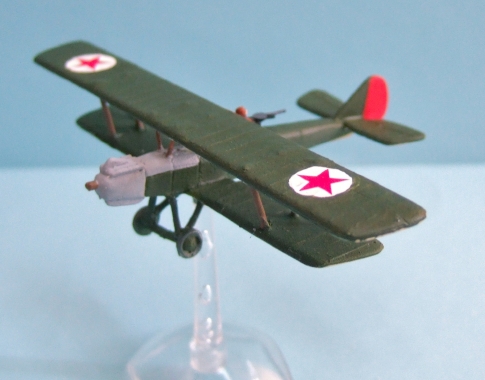 This is a lovely little model and I'll probably buy a couple more as I'd like at least two in RAF markings and now fancy doing one in Polish. Despite the basic PC10 (Tamiya NATO Green) scheme the light grey nose and red tailfin do make it stand out nicely on the tabletop. 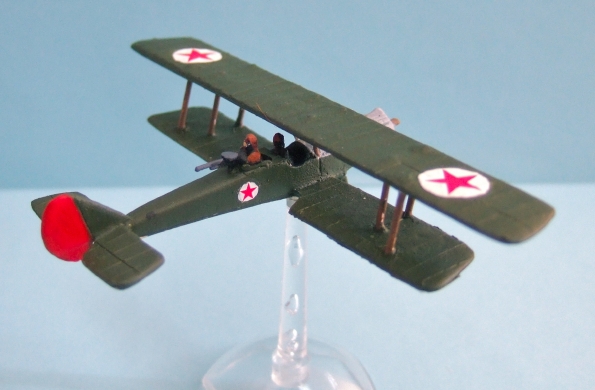 The 'Harry Tate' is probably the last of my planes for the Workers and Peasant's Red Air Fleet (well possibly another Snipe as I'd like to do "Nelly") as I need to paint up a couple of Poles and some White Russian opposition soon.

Next is my repaint of the Wings of War RNAS DH 4. I must confess whilst being VERY tempted with the experimental scheme pictured above but am leaning towards a more traditional PC10 look as I have been reading about 55 Squadron's railway station and sidings raids in Keith Rennles' Independent Force which would make for a cracking AirWar: 1918 game.
Posted by Steve at 13:32:00