Whilst SWMBO has had me on bathroom DIY duty this weekend I did mange to finish off a few more miniatures whilst the sealant remover was curing! These chaps are Light Company troops from the 67th South Mordor for Flintloque.

Originally they were slated for inclusion in the second edition boxed set of Flintloque I was working on before I quit freelancing for CCI in 1997 (which is when they last received any attention with a paint brush). 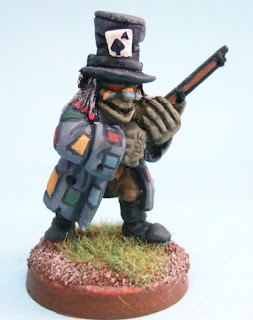 The Light Company section would also have included a "magickyman", an oddball character with some limited magical abilities.

Magic had largely been wiped from the background in the first edition but I was keen to see it come back in some unpredictable and dangerous way that could be just as hazardous to the user as their intended target. I never got around to writing up the rules for "magickymen" but they would have fumbled their spell on the roll of a natural double, similar to a musket misfire (just with direr consequences!).

As you can see from the miniature Mike Owen sculpted, they would have been interesting and unique characters, this one having elements of the Mad Hatter and a patchwork coat.

Finally I finished off the Sharke and Harpy miniatures sculpted for the 2nd edition. IMHO they were superior to those in the original box set and owed more to the background (Sharke being half-elven) than the original sculpts. 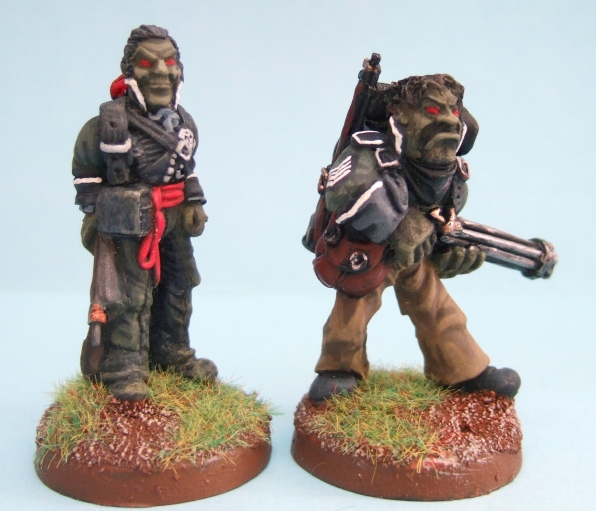