Kiss Me Hardy: What Will They Say in Saint-Malo?

De Saint-Malo j'avons parti
Sur une frégate bien jolie
Pour s'en aller dedan La Manche
Dedam la Manche vers Bristol
Pour aller attaquer Les Anglais.
Le 31 du mois d'août (version navale Française)
As Andy is known as the "Master of Lard" at BIG when he recently asked if I was up for a game I said I would be interested to give TFL's Napoleonic Naval game Kiss Me Hardy a try. I have to confess that despite living in Bristol and descended from generations of sailors and shipwrights (one of whom was at Trafalgar) Age of Sail wargaming has not really caught my imagination, but Kiss Me Hardy did look fun. 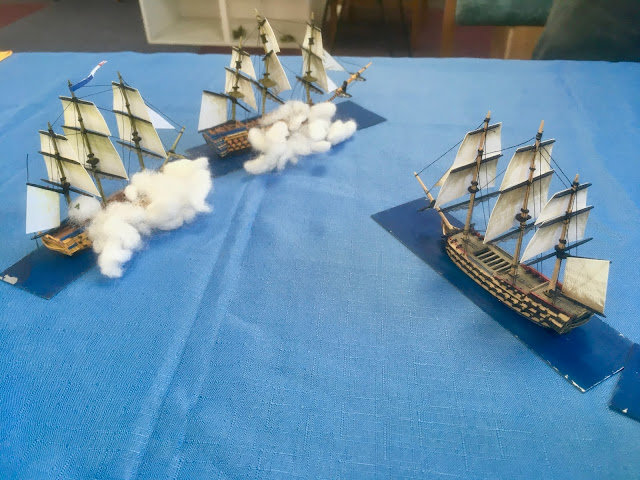 We fought a basic encounter just to try out the rules between the forces of the Royal Navy and la Marine Nationale, the British having three 3rd rates, the French three 3rd rates and one 2nd. I took on the role of the French. The ships are all Andy's from the Warlord Black Seas range. 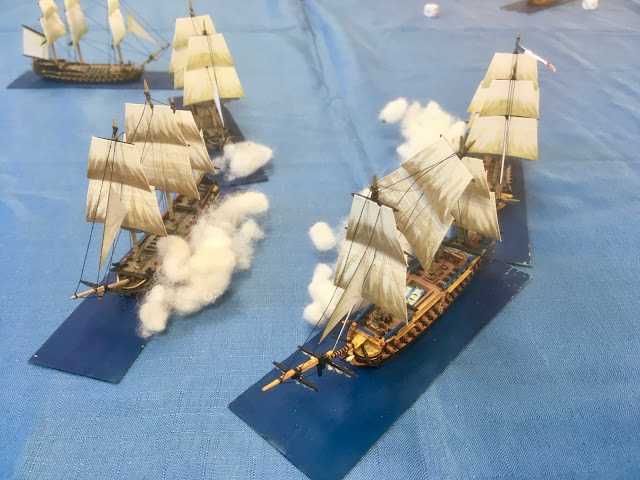 As this was basically an introduction to the rules game I won't recount in detail the heroic French victory which saw two British ships strike their colours and the third run for home, but it was an enjoyable game and I even managed to eventually put out a fire on one of my ships before it exploded. 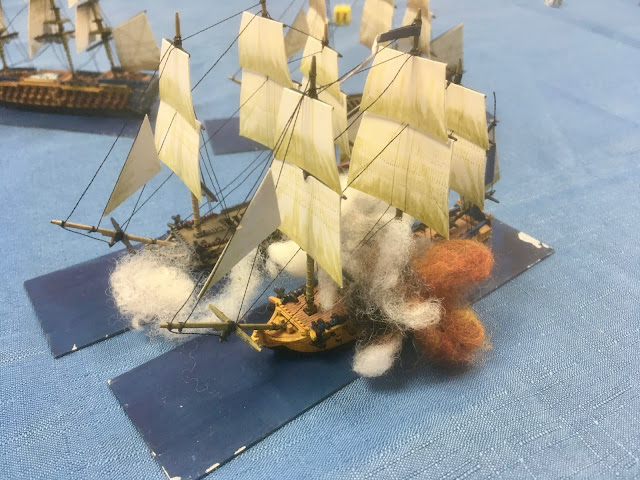 The rules are a card driven game but at some point every card is played (no nautical Tiffin). This did lead to some tension as to who would get their broadside off first! I especially liked the turning circle and plan to poach it for some Aeronef games to see how it works there. 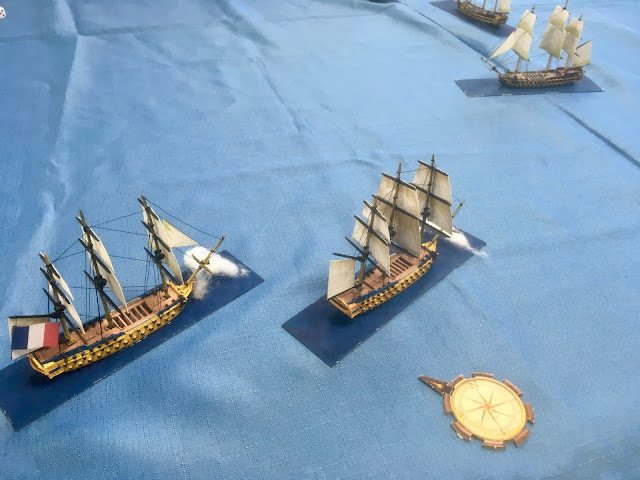 The rules did seem a tad more complex in parts than I was excepting for a Lardy set but that might have been me not knowing them, and I had some difficulty trying not to point my ships into the wind! 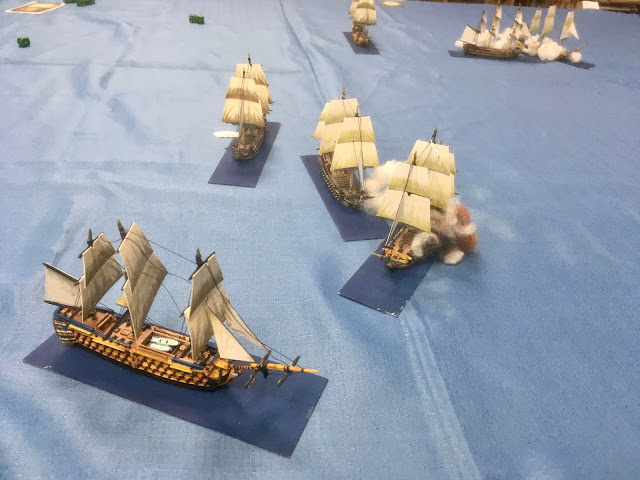 I'm not sure if it is a game I'll get into but it was fun to try out and, as always, Andy is a great teacher. That said the Black Seas models are nice, maybe a small American fleet wouldn't be to bad an idea? 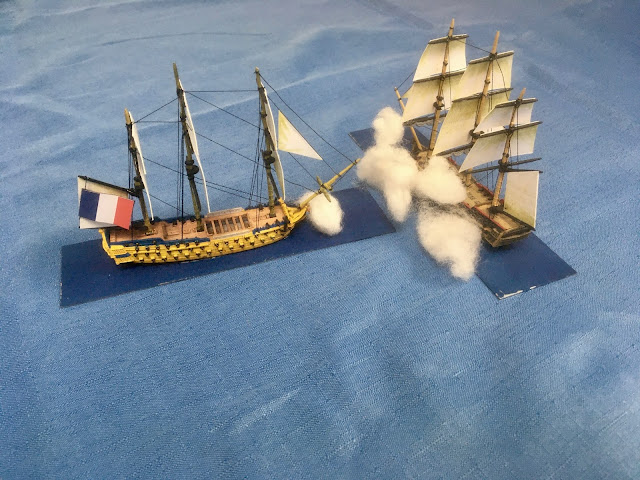