As part of their fundraising activities to raise money for disabled facilities at their new venue, Bristol Independent Gaming ran a 'Demo Day' yesterday to introduce local gamers to a plethora of new games and systems. I was "volunteered" to run some games of Futbowel... 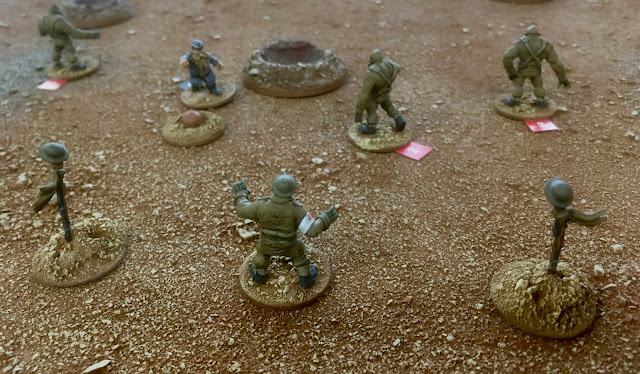 For those of you unfamiliar with the game it is a fantasy football one but, unlike others, actually involves the kicking of a ball with a foot and not holding an egg with your hands (sometimes in armour). The first edition came out in 2007 and featured Orc 'civilian' futbowel teams. 2016 saw a second edition arrive set in the Panzerfäuste world and inspired by the WWI Christmas Truce games, games played between Orcs and Dwarves in No Man's Land. 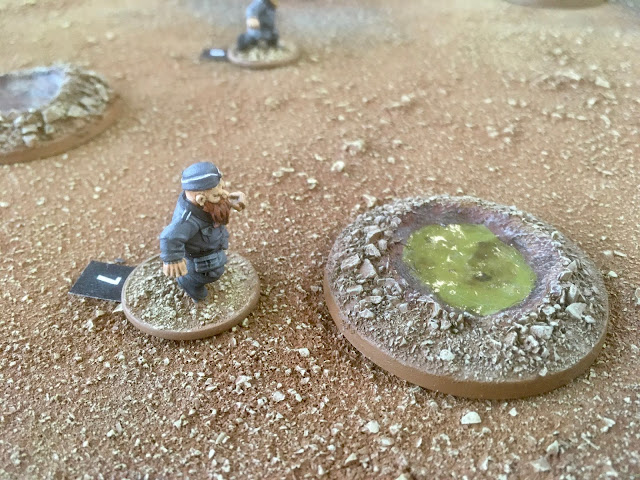 The second edition rules are a complete re-write and a completely playing card driven game. Consequently it moves along a cracking pace, can be pretty random and on occasion quite brutal with moving players sometimes blown up by unexploded bombs and others executed by firing squad for committing bad fouls. 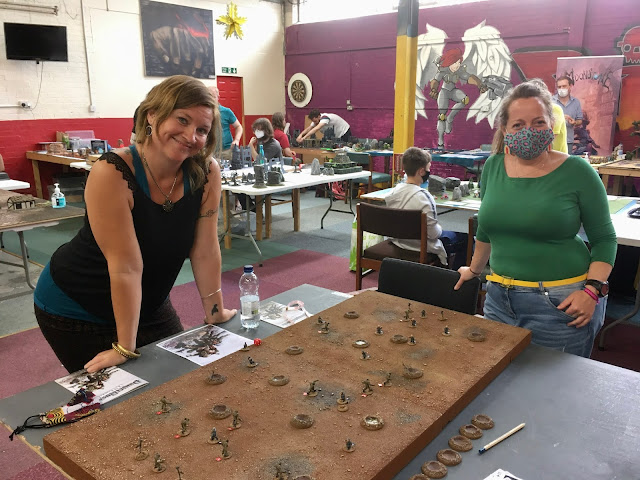 I managed to get through four games yesterday and a lot of fun was had, all being pretty close won affairs with the odd goal in it. Nine players were shot for fouling their opponents and three Dwarves blown up by UXB's. It was interesting that the female gamers had a better grasp of tactics, passing the ball and moving miniatures up to support, whilst most of the men would charge one player down the pitch in the hope of scoring a solo goal. You can guess which approach was more successful! :D

The teams were the old Hysterical Games figures, 3D printed especially for the game and painted up by me last week. 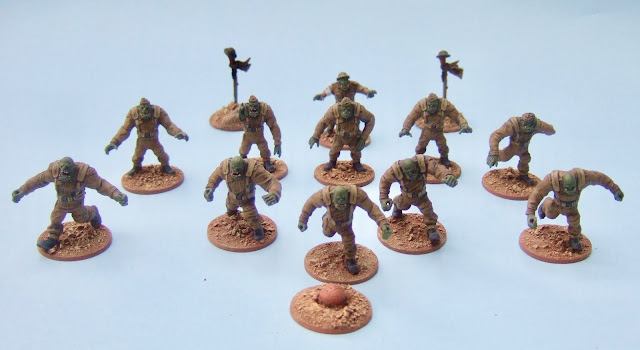 I am hoping the game and figures will be available for purchase again very soon as it is a lot of fun and an ideal beer & pretzels game, made even better if consuming alcohol whilst playing!