As a break from the deserts of the Sinai, I have dug out some GHQ MicroArmour from 'Lead Mountain' and worked out what I could make up using Mike Edward's Flames of War WarPac lists. As some of what I found is not state of the art by mid-eighties standards I have decided to start the ball rolling by raising an East German National Volksarmee (NVA) Motor Rifle Regiment (MMR).

To kick things off I painted up two T-72's I found, I really need three to complete the MMR support company but couldn't find another (I know there are quite a few T-72's still in their Minifigs bags from when I started this idea decades ago). 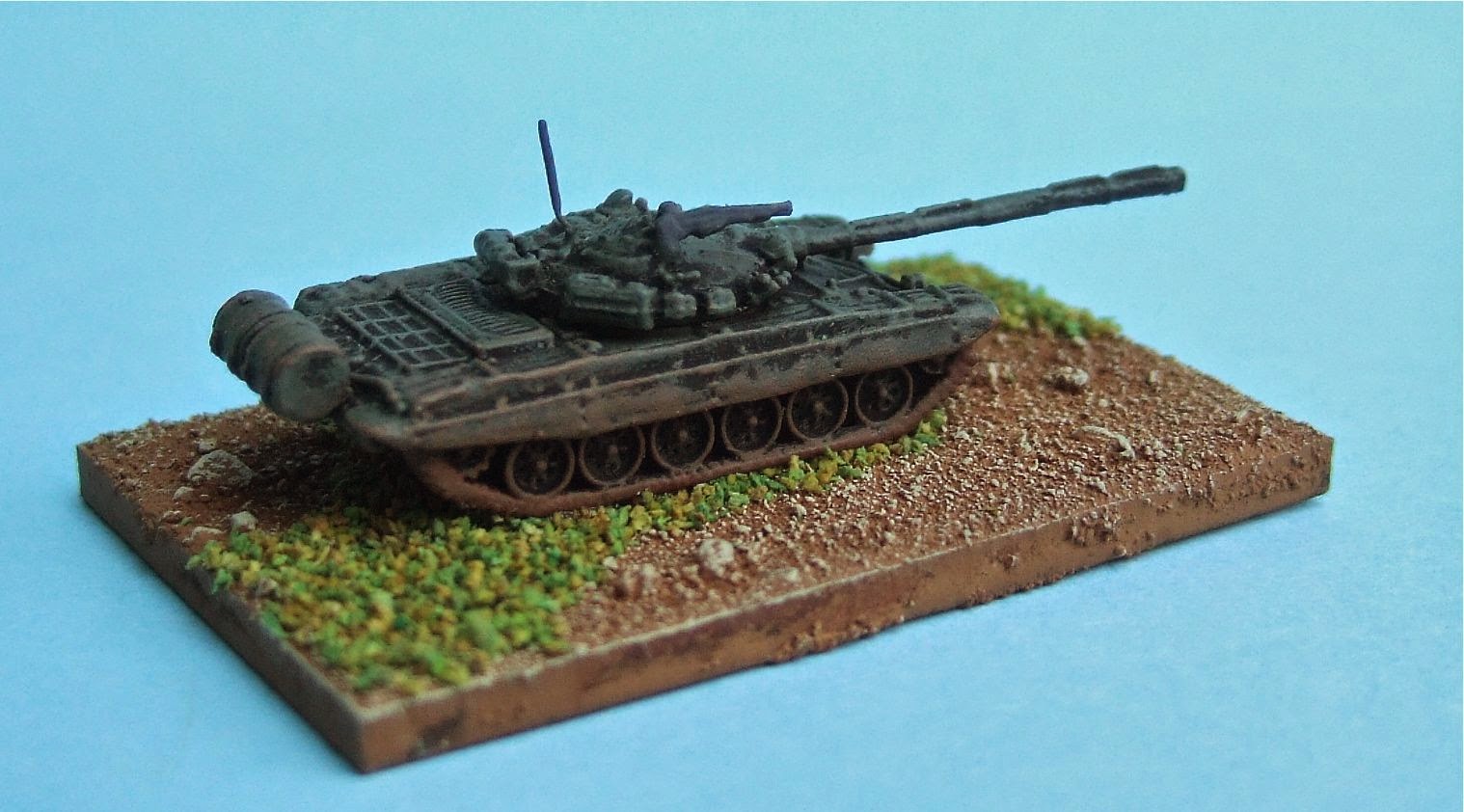 The paint scheme is straight forward overall Reflective Green and will work for any WarPac nation equipped with these MBT's. I decided not to try and paint numbers on the turrets as my varifocals aren't that good and you can't see them on the tabletop anyway.