Continuing with the Israeli artillery I painted the two GHQ M109's I recently acquired.

In 1973 the Israelis had two battalions of M109's (known by the Israelis as the Rochev). Serving on the Golan front, the M109's equipped the 405th Namer Battalion (whose entire B Battery was lost in the early days of the war) and the 899th Battalion. 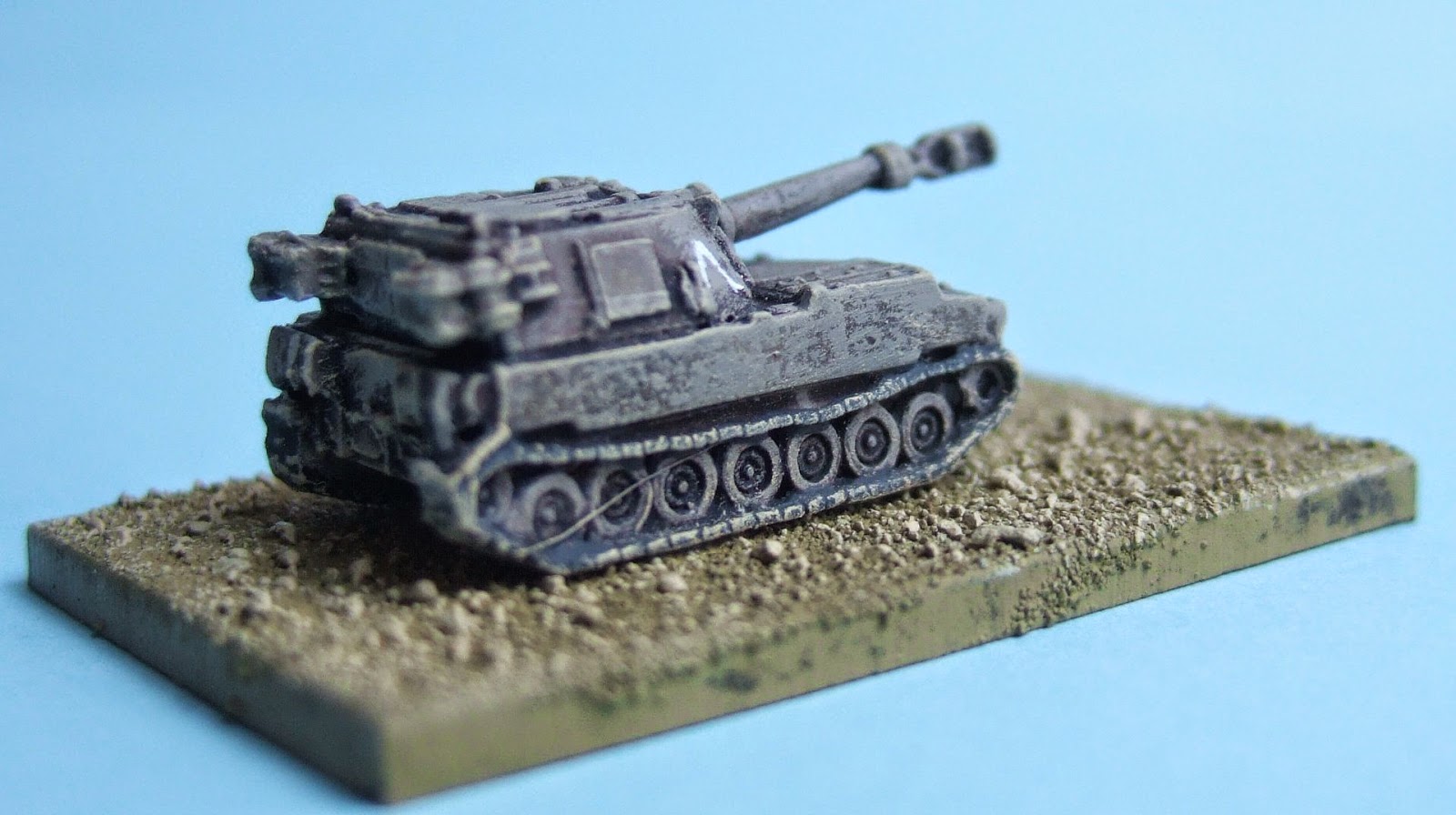 The M109 is one of those irritating models in the GHQ line where they only give you two turrets in the pack of five for this model, and five turrets for the M109A1 with the longer barrel. I really don't understand the logic behind this, they do it with the M48A5 as well only giving two of the useful 90mm gun turrets and five less useful 105mm ones. I'd like to make the M109's up to a full four SPG battery but I don't want anymore M109A1's so I am not sure what to do... 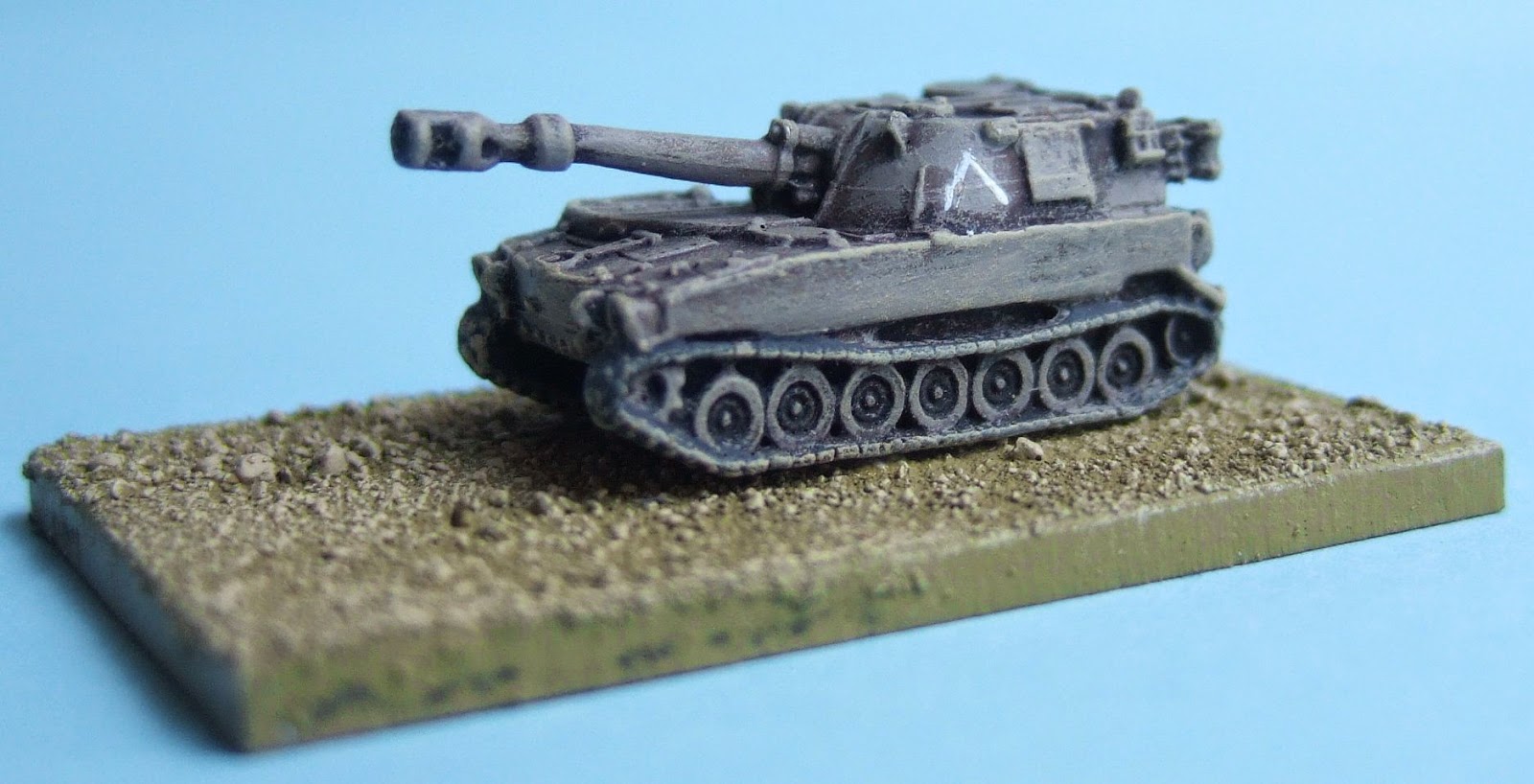