It could be argued that there is something rather nutty about spending a longer time converting and painting miniatures of soldiers than their real life compatriots actually fought! Having the spark of interest ignited by the Fall of Denmark e-book and finding lots of interesting sites on the web, I found I just had to have a small force of the first troops to oppose the Germans' Operation Weserübung. 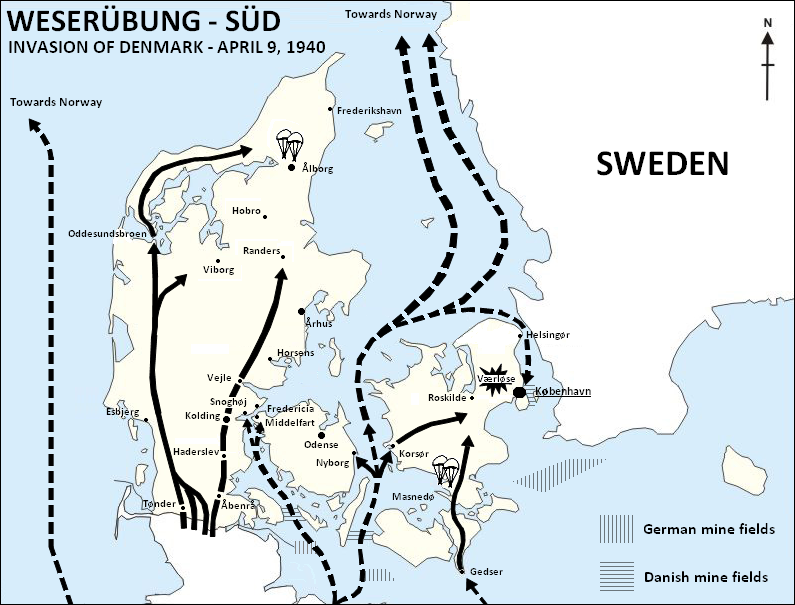 Whilst most illustrations of the Danes show them wearing their greatcoats, period photos show a mix, with many carrying theirs wrapped (upside down) around their back pack. The basic uniform is similar to the German one so I decided to try and convert some of the Warlord plastic Blitzkrieg Germans. 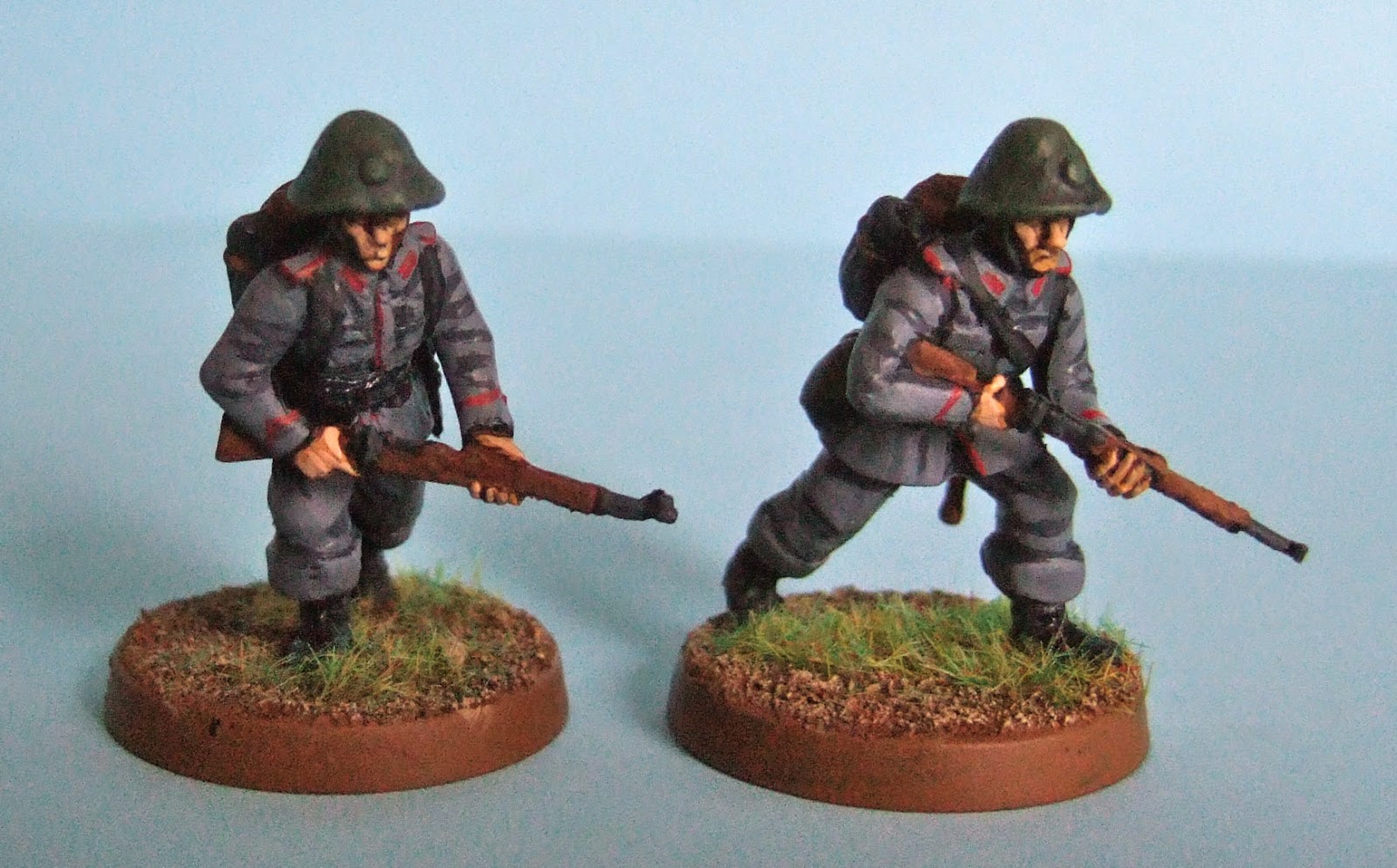 Unfortunately all the Warlord models have the anti-mustard gas cloth pack across the chest which kind of defeated the object of the exercise as this needed removing (and caused a lot more work than planned). I made one backpack with rolled greatcoat out of Green Stuff and used Instant Mold to create some more. I also tried that with the helmet, but this didn't work so in the end I have made these from scratch each time, using the German helmet as the basis, filing the angle by the ears and building up with Green Stuff. The Kar 98 rifles were modified slightly with Liquid Green Stuff to give an approximation of the Krag-Jørgensen's the Danes used. 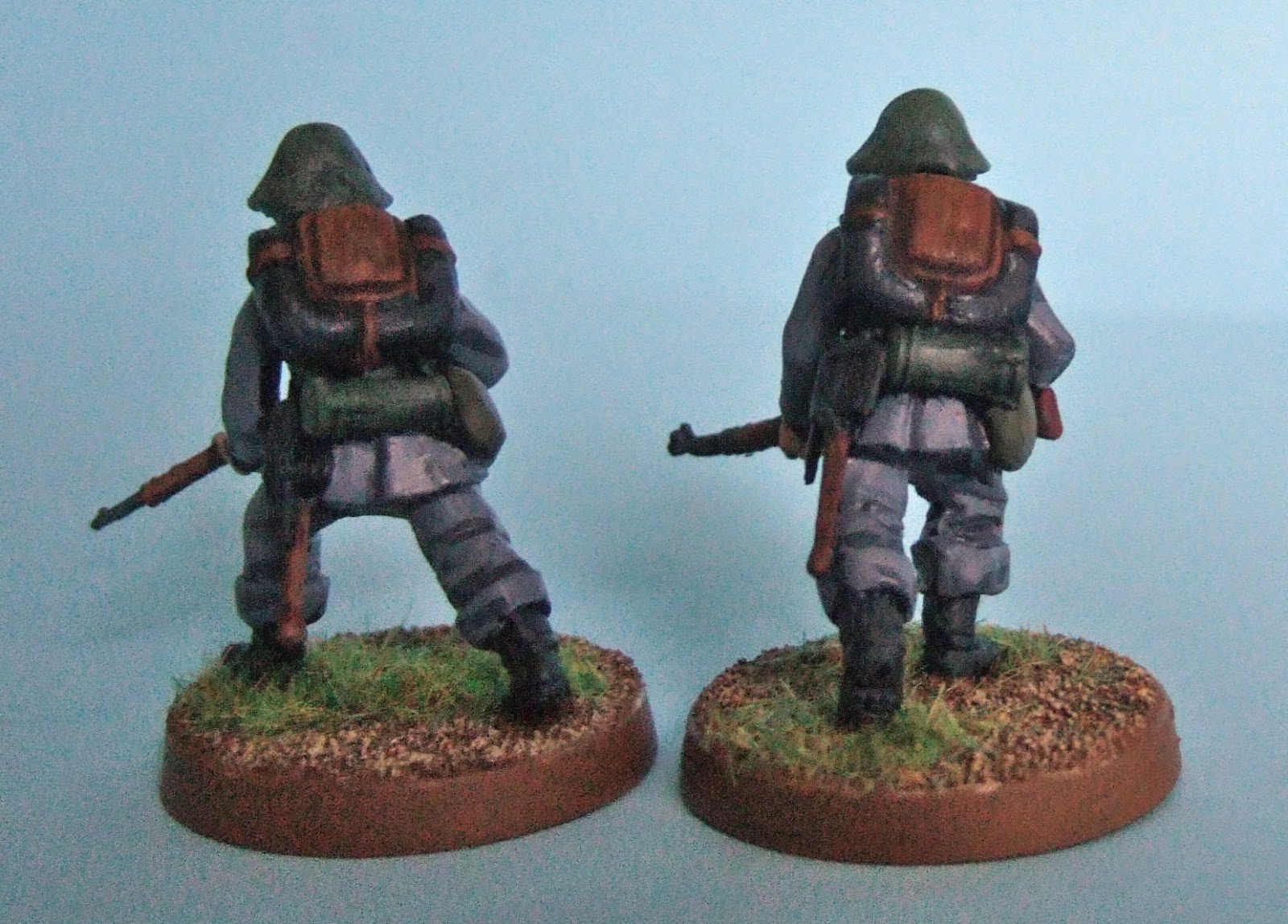 Overall I'm quite pleased with how these have turned out, I've three more almost finished and am trying to summon the courage to convert a Bren into a Marsden lmg. I have yet to decide whether to convert the rest of the section from the Warlord plastics or use something else (maybe the BTD greatcoated Germans).