Last night I decided I wanted to spend today painting and try and complete something or other. I'm not sure why but I decided I wanted to paint up some US Marines for Redcoats on Mars. I'd started them a while back but never finished them, so that was the plan. Except they weren't where I thought they were... However there were some half completed Dahomey French Foreign Legion from Dixon Miniatures so I decided to work on them. Unfortunately my painting skills seem to have deserted me and the three I have done so far look like they were painted by a two year old. Where's the dip? :-( 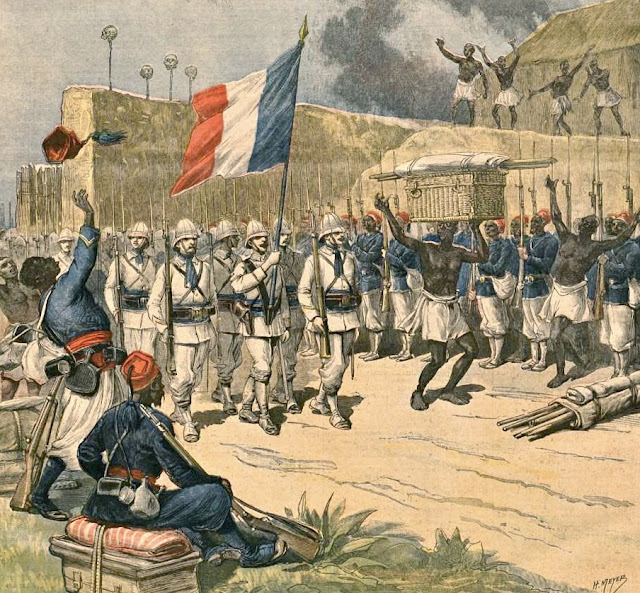