This model is from the long defunct Edinburgh based Fantasy Forge. At 170mm long (curled up) it is an impressive beast and one of my favourite pre-acrylic painted models! The model is a metal-resin hybrid, with the main body and base cast in resin with the head/neck and wings cast in white metal. 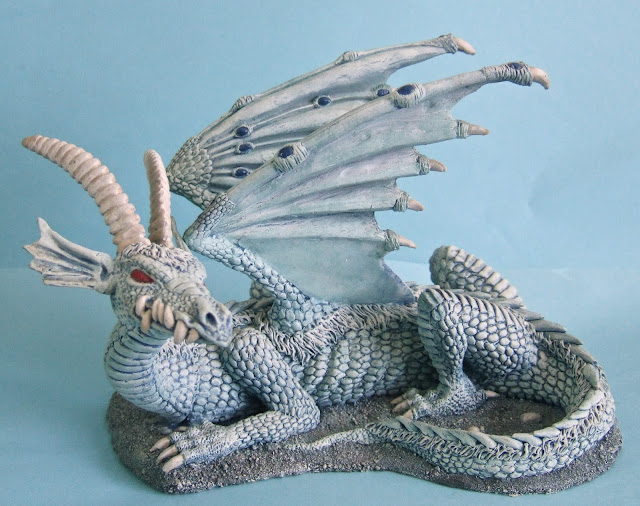 I'm not quite sure why I decided to go with the snow dragon look, but I think it worked. I am tempted to add some of the GW Snow "flock" to the base... 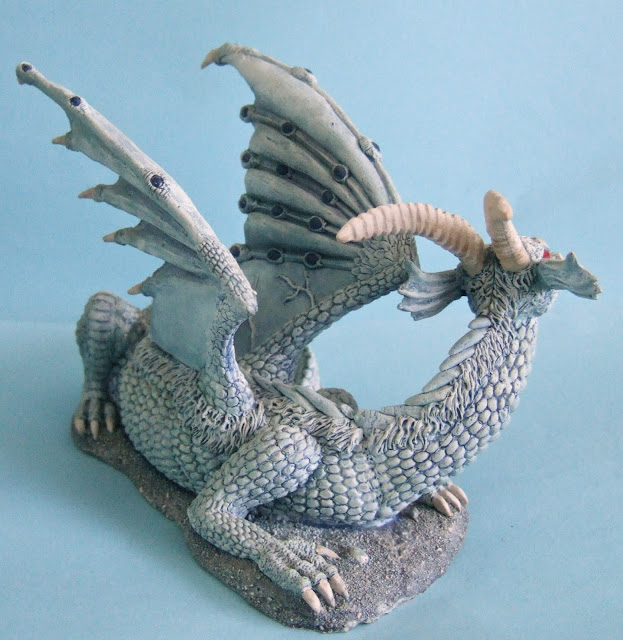 Unfortunately the model appears to be out of production which is a crying shame. I thought Scotia-Grendel had picked up all Fantasy Forge's moulds when they went bust but I couldn't find this model on their website. 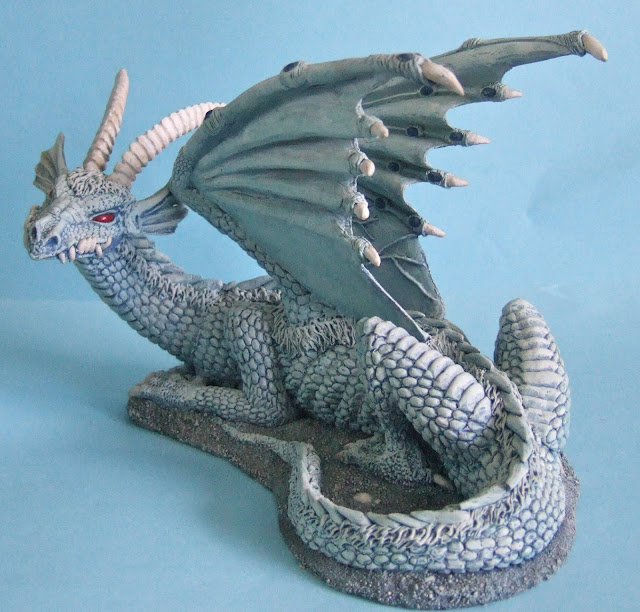 IIRC this was one of two impressively large dragons that Fantasy Forge released in resin and metal, which in the pre-plastic era was the only way you could get a suitable large dragon for an affordable price. I have the second one unmade buried in Lead Mountain. Looking back at this model from the late nineties does make me want to dig its brother out and paint it up...
Posted by Steve at 07:09:00