It's my birthday and I'll paint if I want to... 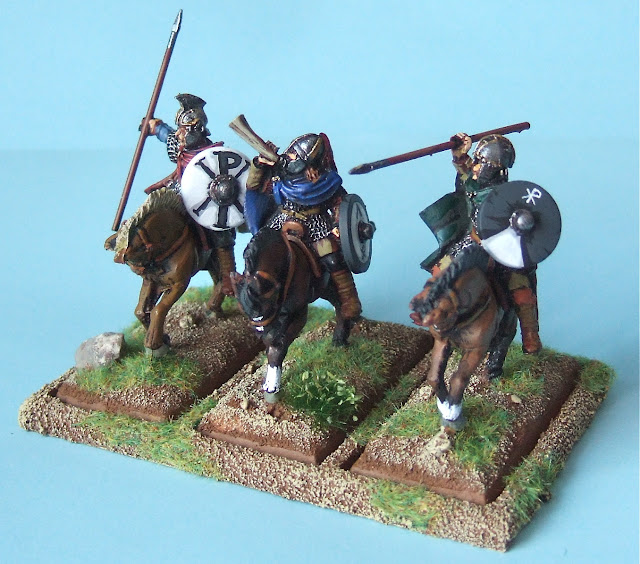 Another year older but certainly not another year wiser I managed to grab some "me time" today and finish the Romano-British Noble Riders for my Dux Bellorum army. 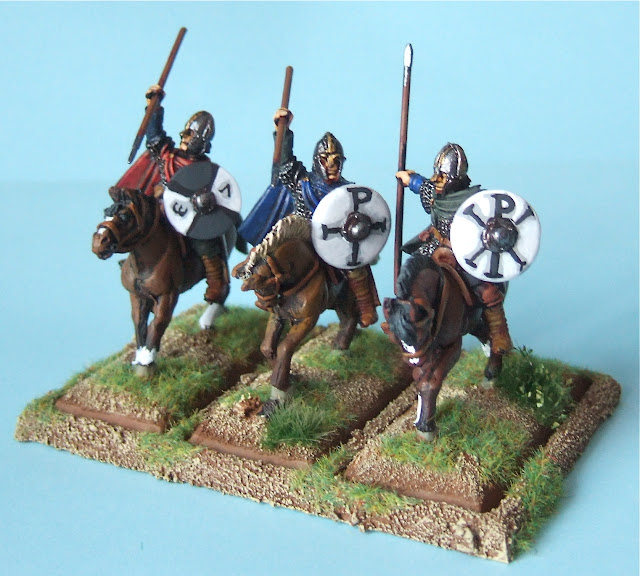 The miniatures are all West Wind except for one Gripping Beast. Whilst I understand all the reasons why West Wind sell in blisters of two and eight, it is a pain when you want nine! Luckily Gripping Beast sell their miniatures individually so I was able to make up the shortfall. 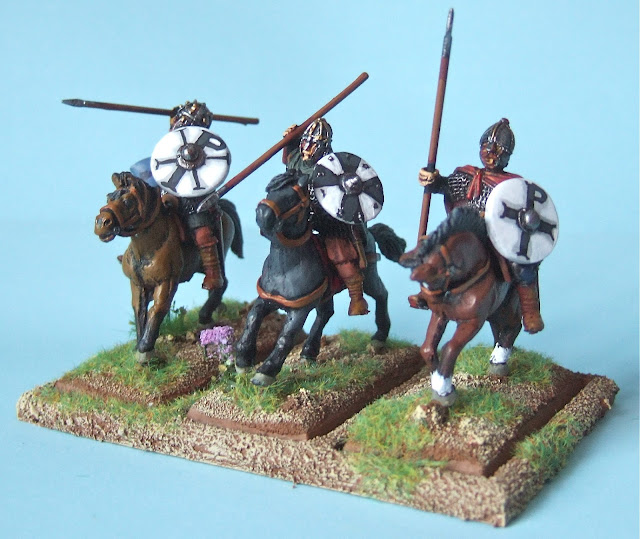 When painting I used a similar palate to that for the Shiedwall with the inclusion of a couple of richer colours on the assumption the cavalry would be a bit richer than the puddlesplashers and have some more money to spend on finer cloaks etc.

With the shields I decided not to paint uniform designs as I had with the infantry, but kept the shield colours to black and white to ensure some unit coherency. There is no historical basis for this but it looks good.

Birthday presents did not include any new toys (although I was given some money to buy some more Chaco War planes) but did include an interesting "Helping Hands" tool, a combined magnifying glass and clamp device that should be useful for painting fiddly things. SWMBO bought it off Jewellery Maker so it obviously has "other uses" and I will need to make sure it is not borrowed on a permanent basis (like my tweezers!) I also received James Holland's book on the Dam Busters so that should be an interesting read.