You may have seen that a number of games companies are using Kickstarter to raise funds for future projects, a process similar to that which a number of bands have done to cover the costs of recording new albums or touring (Marillion come to mind here).

Reaper Miniatures are one of the latest, looking for $30,000 to fun a more rapid expansion of their plastic fantasy Bones line. To date they have received pledges of $2,816,765!

The project only has a few hours to run and there are various levels of pledging bring various levels of reward. I haven't bothered with pledging on Kickstarter before, but as I like Reaper's models and what I've seen of their Bones line I decided support the project and after some consideration opted for the $100 Vampire level which currently buys 225 miniatures.

I'm not sure what I'll do with all of them but it is too good an offer not to take up. If you are interested in checking the offers out (and note the whole thing only has a few hours left so don't tarry), more details can be found here.

Update: in the end the Kickstarter pledges reached $3,415,448. I must confess to getting a tad carried away. Even as the $100 level was increased to 240 miniatures, I decided that some of the options were too good to pass up on, especially some of the larger dragons and creatures (and come on, an eight inch tall Cthulhu for just $10, that would be insane to pass up on!) 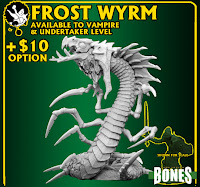 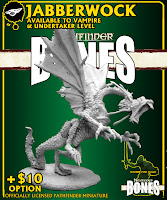 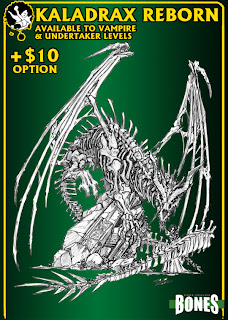 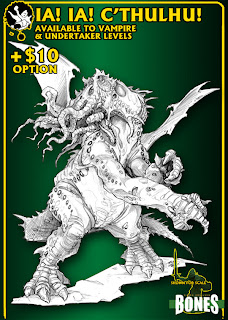