The Blease Clan set off across the water today to the the annual re-enactment event at Roman Legion Museum at Caerleon in South Wales. The two main attractions were Ars Dimicandi, an Italian group of "experimental archaeologists" who test archaeological theory on gladiators by hitting each other. Their gladiatorial combat re-enactment was well done and proved popular with the crowd. 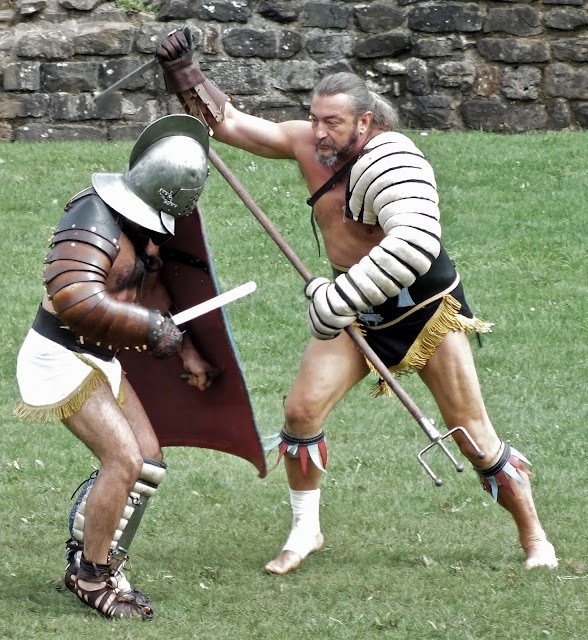 More photos of Ars Diminicandi in action can be found here.

The Ermine Street Guard need no introduction and they are celebrating their 40th anniversary as the 2nd Augustus Legion by parading at Caerleon where the Legion was historically based. 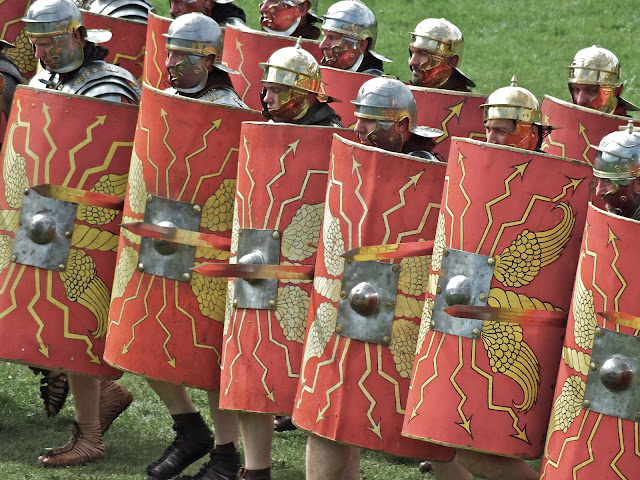 They demonstrated Roman military equipment, training for both foot and cavalry, legion formations and Roman artillery which was really impressive with shot hurtling out of the arena into the fields beyond! 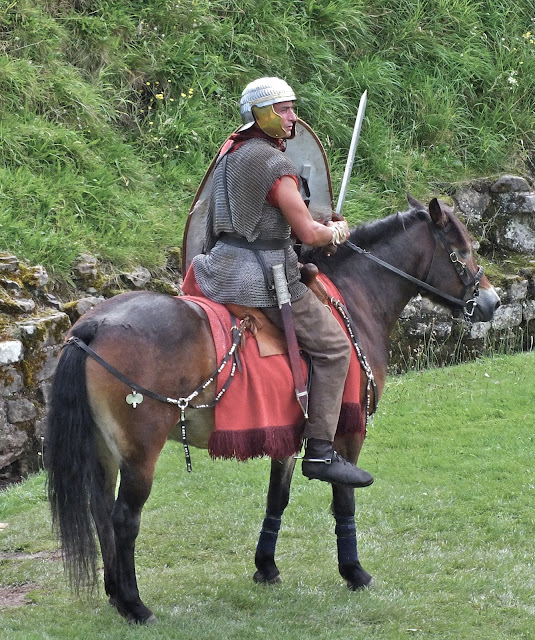 Great day out, the Guard are fantastic and more photos of them can be found here.
Posted by Steve at 19:58:00