Colours 2011 (or The Case Of The Mysteriously Closed Wallet)

Saul and I went to Colours at Newbury today, normally a show which has an adverse impact on my finances but strangely not so today. I've been looking forward to going for a while now but didn't have much of a spending plan other than possibly getting some ACW artillery for the forthcoming ACW project. I had spent some time perusing the Perry Miniatures website and left quite enthused to buy some 12-pounders, maybe some dismounted cavalry and horse holders and even the outside chance of a wheeled ambulance. In the end I didn't buy any of this largely due to the fact that Dave Thomas only had one artillery pack in the ACW racks which had gaping holes in so I didn't see much point buying a small part of what I wanted...

The only (yes only) purchase was a copy of Grindhouse Games Incursion from West Wind which was on sale for £15 from its normal £35. I had considered buying it for Saul last Christmas and as it's his birthday next week and he likes WWW2 I splashed the cash on this. There were a couple of things that caught my eye including some resin nice craters with sandbags from one company that would have been good for 40k but didn't look like they would quite allow a heavy weapons base to be placed inside but overall there was nothing that screamed "ooh shiny" at me and two things I would have bought, Gripping Beasts' new Saga rules and the new Clash of Empires supplement, were not available yet (both due to be released in the next week apparently, did no one check the show diary and miss the big show?). 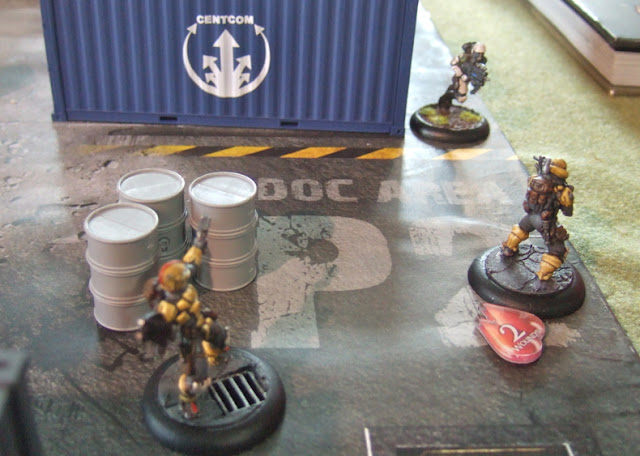 However as I wasn't spending money I did have more time to look at the games and even play a couple. First off Saul and I tried out MERCS, a SF skirmish game West Wind are importing. It was quite fun using character cards to not only show stats and rules but also as the measure for figure movement. Fun though it was the £30 price tag for an, admittedly nice, rule book was too rich for my taste (especially as you still needed to but the card decks at £6 a faction and miniatures at £7 each (I thought they were £7 for three which I thought was a bit steep and only realised this was the price per individual miniature (gulp!) when I checked the website when I got home. 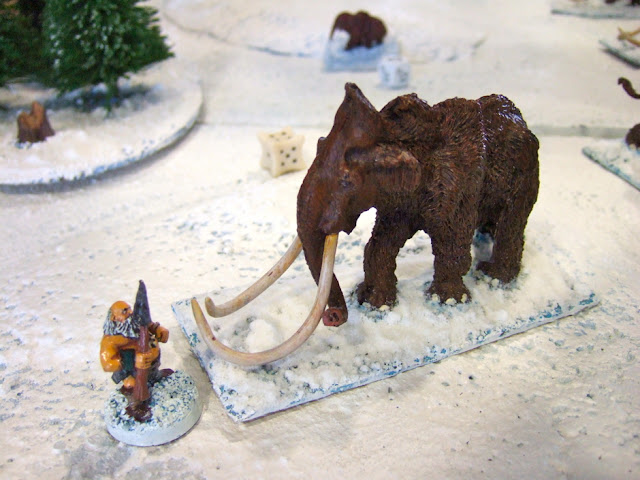 We also managed to play Tusk in 28mm put on by Lincombe Barn which was so popular with the punters we didn't get on the table until quite late in the afternoon. We both had a lot of fun playing Tusk, it is a while since I played it, and Saul's surviving bowman with a haul of two mammoths and two babies saw him crowned king (I'd got off to a great two mammoth start but a saber-tooth and ferocious baby mammoth wiped out my small hunting party!). 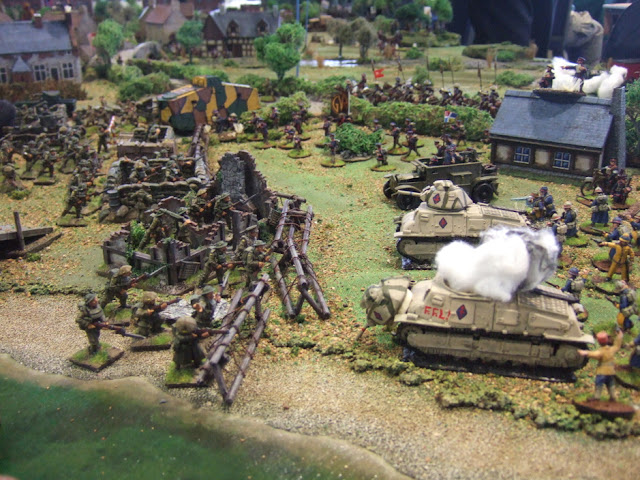 There were a number of other good games, Hammerin' Iron was very popular and we didn't get a chance to play and I was personally impressed with the War and Conquest Peloponnesian War game for obvious reasons. The big VBCW battle caught my eye and intrigued Saul as he is studying the inter-war period in GCSE History and there was a big Isandlwana display that looked good but really if you ae going to make a huge mountain, paint that many toy soldiers and lug it all to a show why don't you play with it?

As usual I've run all the photos I took today through iMovie and added some prog to it...