Having sent most of the week in Northern Ireland working in the fair, but rather wet, city of Derry I haven't managed any progress on the painting front but returned to find a nice pile of post including the new Foundry ACW Rules and the Ancient Warfare 2011 Special.

As previously mentioned I got a really good deal on Bull Run To Gettysburg and having given them a quick read they seem to be the sort of game I was looking for to make use of the pile of Perry plastics I bought in a fit of "ohh shiny" when the first plastics were released a few years back. At the time I planned to use the Lardies ACW rules but couldn't get my head round them. BRTG is much more old school, handfuls of D6 and what looks like an enjoyable game in a couple of hours. I suppose ACW perfectionists won't like them but they'll do me and now I have an incentive to paint the pile of plastics so look forward to an ACW month coming soon... 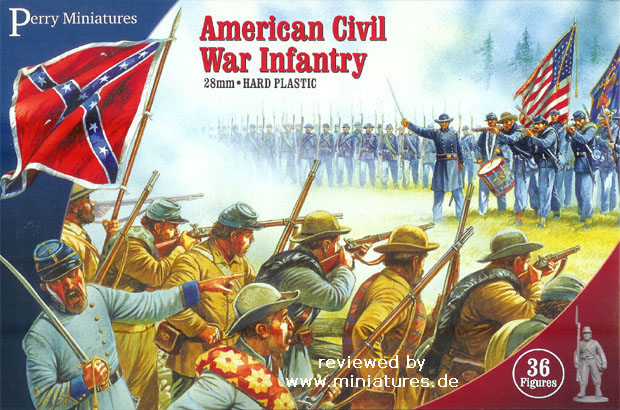 The production qualities are really top notch and much better than my only other experience of Foundry production values, Medieval Warfare. The rules only comprise 40 pages of the 160 page book and most pages have lovely colour pictures of beautifully painted Foundry ACW miniatures, the rest being a mix of painting guides, army lists, scenery construction, potted history, copiable flags etc.

Overall if the ACW is your pet period you'll probably not like this and I'm sure ACW buffs will be able to pick historical holes in the rules. However if you of an old school mind, like the idea of buying a few boxes of plastics and having some fun brigade level blue v the gray games then I think you'll like this. 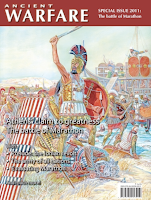 My other reading material that the nice postman delivered was the Ancient Warfare 2011 special on the Battle of Marathon. Having flirted with the Society of Ancients for one year I have found Ancient Warfare magazine a much more enjoyable and unpretentious window into the period.

The annual specials are always well done and this one is no exception covering the build up to the battle, the historical records and the battle itself in a detailed, but easily readable series of articles (with I suspect enough footnotes and references to keep the more dedicated happy).

Whilst I really have no interest in raising a Persian army after I finish (hah!) the Athenians and Spartans largely due to the amount of miniatures I'd have to paint, it's still been interesting reading...
Posted by Steve at 20:49:00