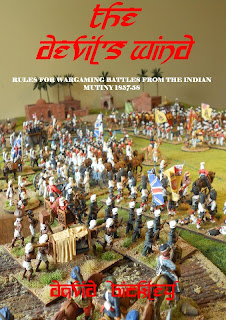 Just a brief note for those of you interested in things colonial, North Star are selling off David Bickley's three sets of colonial rules at £2.50 a set instead of the usual rrp of £11.50 to £14.00.

I think the core system is basically the same from set to set, with player(s) taking the side of the British and the natives utlising an automatic generation system but at a price per set of less than a packet of sandwiches at Tesco's I thought it worth taking a punt on all three (I'd had my eye on the Mutiny ones for a while but, fortunately in light of the offer, forgot to pick them up at Colours).