I finished the two AirCo DH.2 pushers from Skytrex that have been sat on my modelling desk for a while now. As previously mentioned I had a change of heart and decided not to paint them up in the PC10 of 24 Squadron but went with a Clear Doped Linen (CDL) look for 14 Squadron serving in the Middle East in 1917. This gives my Aussie 'Brisfits' some support or when I embark on some Ottoman Air Force types. 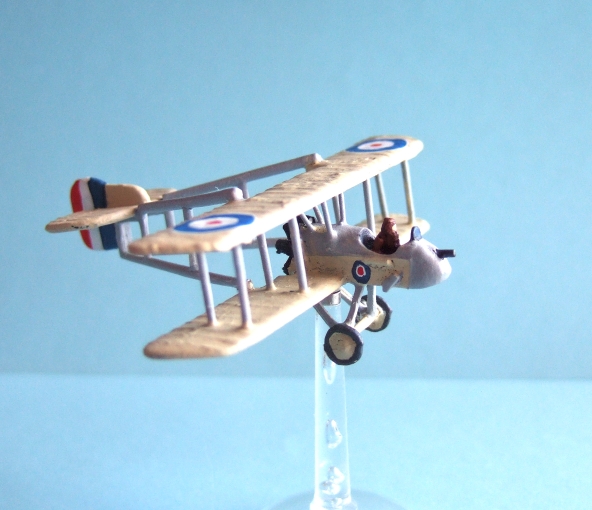 The CDL paint scheme is  easy to do and Citadel's Bleached Bone gives a good shade for it, The grey areas on the fuselage were painted Fortress Grey. Insignia was hand painted except the upper wing roundels which are from Dom's Decals. 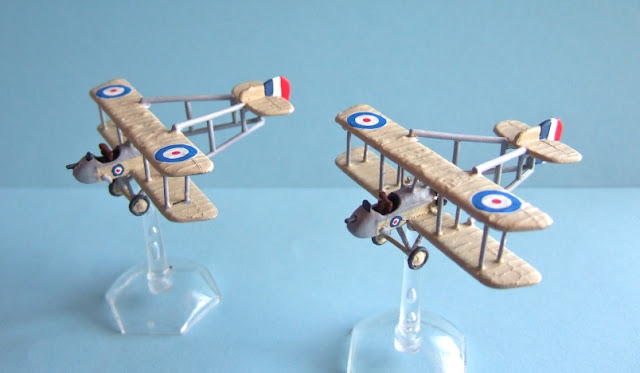 Sorting through the unmade box of aeroplanes I have decided to concentrate on the Eastern Front for a few more builds and have a couple of Nieuport 24's just cleaned up, waiting to be stuck together on the bench. The RCW book has a selection of interesting Nieuport plates, though I don't think I will try and convert one to have winter landing skies instead of wheels, must as the idea appeals!
Posted by Steve at 15:50:00