Following on from yesterday's WPRAF Snipe I finished this 1/144th Skytrex Camel last night from their Red Eagle range. 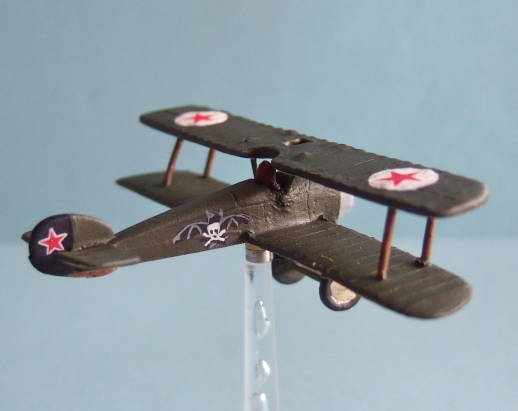 This particular model is based on one that flew for an unindentified unit* on the Southern Front, but appealed to me with the unique bat with skull and crossbones design on the side which I hand painted. There are a couple of different paintings on the net of this plane, one with the black rudder, one without. I went black to show the tail star off better, but had to go with a white lined star as that is all I had in my pile of decals. Whilst this may not be technically correct it does help show the star off nicely in this smaller scale. 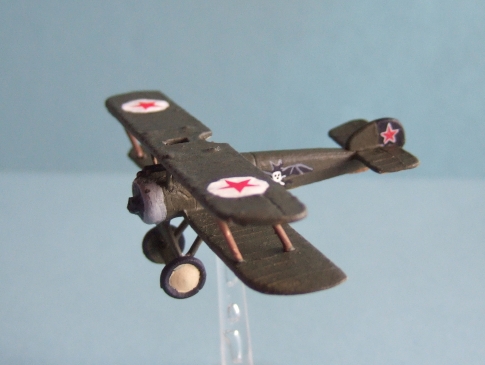 I've got one more Camel to paint before tackling the RFC pushers. Currently deciding whether to go Estonian or Latvian! :-)

* Update: since publishing this post I have found out that the Camel was captured from Denikin's Whites and was piloted by P. Karpokhin who flew with the 34th PAO (Fighter Air Detachment)
Posted by Steve at 15:34:00