I managed to pop into GW Bristol today to pick up some "purity seal" and varnished all the painted Soviets before taking some quick snaps. 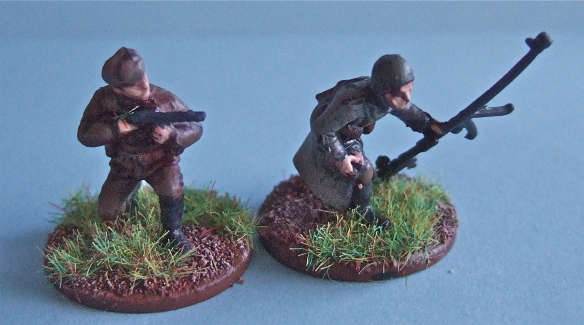 Soviet AT Rifle Team support unit (the Command section has one attached but I had some spare). 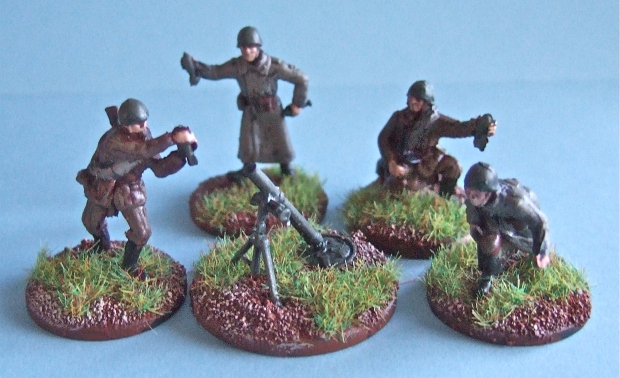 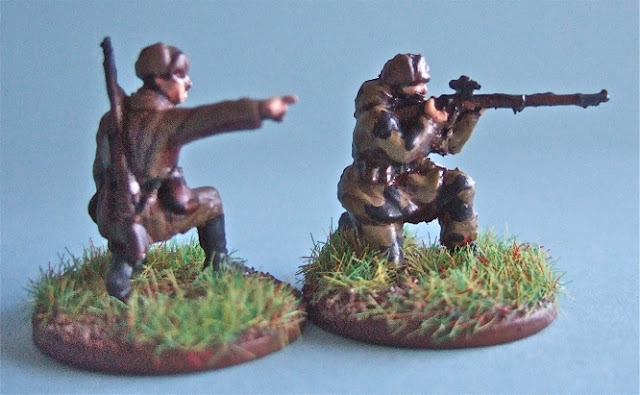 Soviet sniper Team support unit.
Air Month has progressed in so far as I ordered some 1/144th Soviet stars and Polish and Finnish decals today (thinking about trying to overpaint the Finnish blue with Latvian red).
Posted by Steve at 17:40:00