And Now For Something Completely Different...

One of the "problems" being able to paint toy soldiers is being hit by flanking manoeuvres on the domestic front when young children or (more importantly for domestic detente) SWMBO requires you turn these skills to repairing toys or ornaments. Many digimon and penguins later SWMBO presented what I envisaged as a challenge too far, a box of largely destroyed (by the late dog) garden fairy ornaments. Initially I thought the challenge was to repair broken legs, wings and sculpt a missing arm but no, SWMBO had decided they could also be painted in "pastel rainbow colours" that "sparkle"... 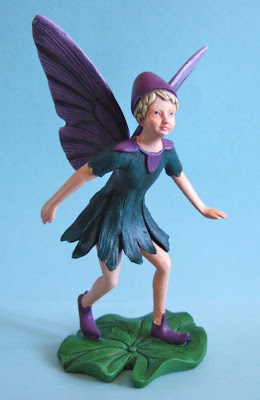 With no Osprey to refer to on fairy colour schemes and a large selection of paints that would be redundant (SWMBO did not think the idea of fairies in three colour German camo was funny as I did) I picked up a few "brighter" colours from GW (even their darker colours are brighter if that makes sense) and tried to chip away at some of the fanciful ideas SWMBO had (such as "sparkling").
Not having painted large models for sometime (this fairy is about 120mm tall) it has been a slow process with washes and highlights etc and much pondering on the wings (in the end an hour Googling butterfly wings found one I decided would work). 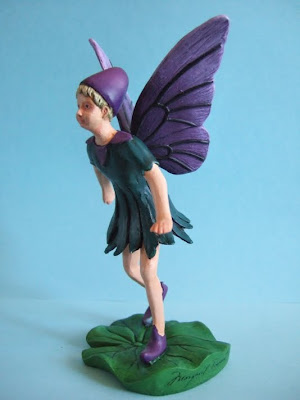 Anyway fairy no. 1 is now finished and SWMBO has declared herself pleased which is the most important thing for the domestic detente, all I need do now is crack on with the other four... :-(
Posted by Steve at 15:55:00