From Norway To Matabeleland... 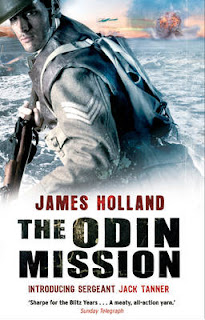 With hobby activity on a go slow over the last fortnight due to work and no relief until the weekend I've been ploughing through books on various planes and trains across Europe.
The Odin Mission by James Holland is the first of a new(ish) series of WW2 adventures featuring Sergeant Jack Tanner. Kicking off during the Norway campaign, Tanner's unit is cut off behind German lines before becoming entangled in a mission of vital importance to the war effort. A bit of a slow starter, it did pick up and was quite a fun read to the extent I'll probably pick up the next even if Tanner is a bit too much of a 'super-soldier' at times for realism. 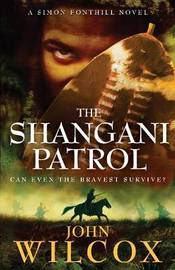 John Wilcox's The Shangani Patrol is the latest Simon Fonthill novel, this time centred around the little known Anglo-Matabele War of 1890. I really enjoy the Fonthill series and despite the relatively unknown subject matter, this was no exception with Fonthill, Jenkins 352 and Alice up to their eyes in adventure as Rhodes launches his plan to colonise the kingdom of the Matabele. Like the Zulu's the Matabele are a warlike tribe and being more prone to wearing full regalia in battle more colourful. I am at this time tempted to pick up some Matabele and British South African Company troopers from North Star after reading this book, but common sense may kick in before I get the chance!
I've taken next week off so I hope to get some serious 2mm work done, finish basing my French land ironclads (photos of the models on White Wine Sauce), some scenery and a brand new Land Ironclads army (with new land ironclads and contraptions) that forms the core of the "top secret" VSF project! :-)
Posted by Steve at 19:43:00