You may recall that back in January I had one of those wargames "eureka moments" and modeled a small town for Aeronef from bits of sprue. A few months on and I needed to make up some terrain items for "the secret VSF project" set in North West Europe, so I set about constructing a small European village out of sprue. 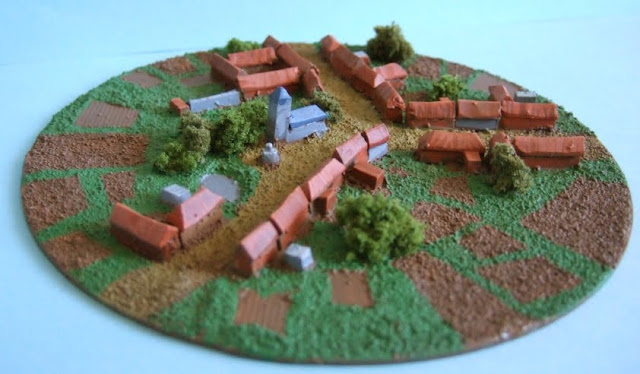 After Googling Belgian and Dutch villages I developed a mental plan and started chopping up the spare sprue from the Plastic Soldier Russians. Unlike the Aegean Sprue Town, European Sprue Village needed proper sloped roofs so this necessitated sticking the sprue together into two layers and then carving the roof layer with a knife (I did try filing but a knife is much quicker). 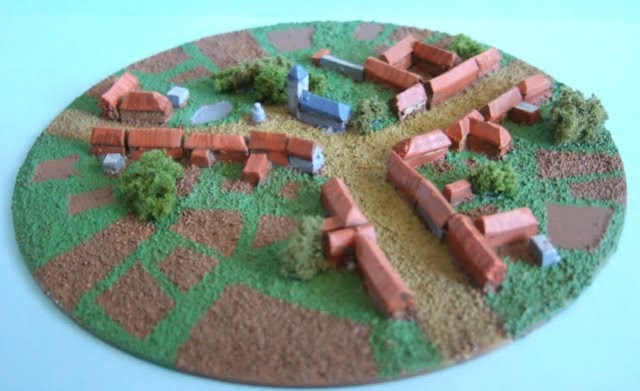 Based on a CD with a small war memorial, church and some fields (designs observed flying over northern France last week) I've just finished painting the town up. I was surprised that many Belgian/French buildings are brick with orange tiled roofs and this dictated the scheme. 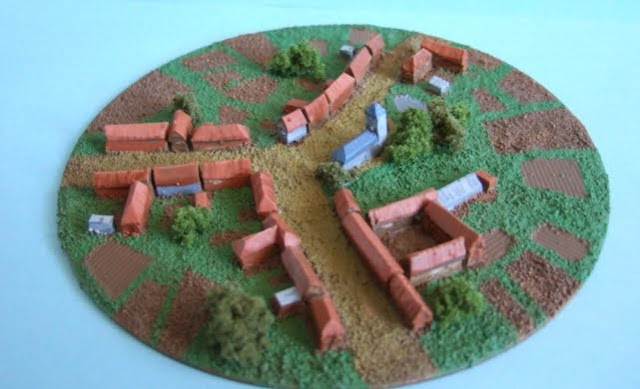 Now the village is done, I need to make up some woods (again lots of notes last week, surprised the lack of round or ragged edges woods there are in northern Europe) and get on with painting some wonderful new land ironclad models from Brigade...
Posted by Steve at 16:12:00