Having decided to repaint the Wings of War Airco DH4 because I didn't like the PC12 chocolate brown finish I had to decide on what paint scheme to use. By and large British bombers of the late war period are extremely boring and although the history of 55 Squadron, Independent Force is interesting, their overall PC10 planes aren't. 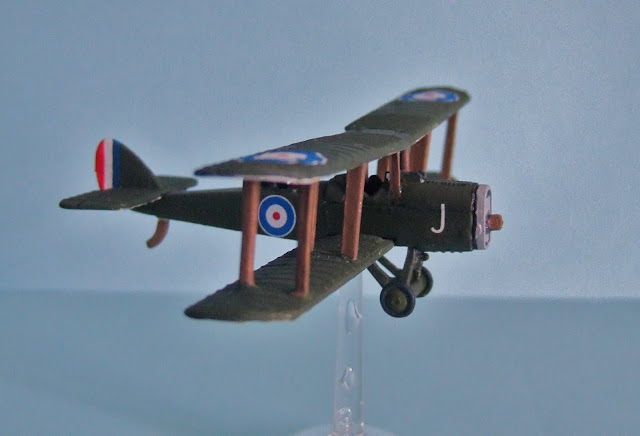 Aside from my interest in the Independent Air Force formed in June 1918, like most air wargamers I love Captain W. E. John's  Biggles books and as John's served in 55 Squadron being shot down after six weeks of active service in September 1918. At this time 55 Squadron's planes only sported national markings and an individual plane identifying letter. Unfortunately whilst we know John's plane was serial no. F5172 we don't know what letter it sported so as some squadrons used the officer's initial I have gone with J. 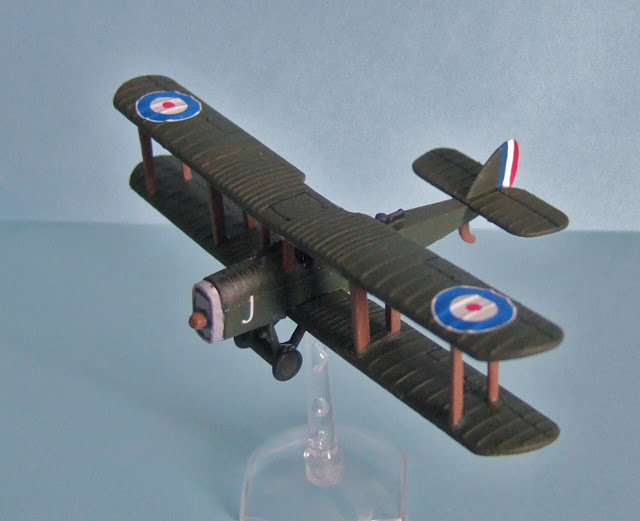