Rivals Of The Raj 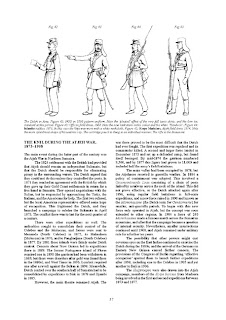 Colonial wargaming is incredibly popular and a lot of fun, but unfortunately is incredibly Anglo-centric. Now whilst I am myself a victim of the allure of the redcoat heroically standing against the noble native, it was not just the British who engaged in hard fought victories (and famous defeats) in the age of empire.

The main reason for our ignorance is of course the fact that sources on other nations campaigns are hard to get hold of and usually in a foreign language (!) - also, no one has made a great film about their exploits like Zulu! Accordingly it is also great when some enterprising author and publisher expands our knowledge and kudos to Peter Abbott and Foundry for their brand new Colonial Armies volume, Rivals of the Raj (non-British Colonial Armies in Asia 1497-1941) which arrived this morning courtesy of the Royal Mail. 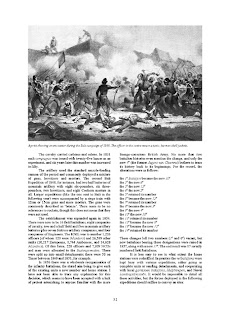 I've only had a chance to flick through it, but it looks a fantastic piece of work. Internally similar in style to the old WRG books with numerous black and white line drawings of troops uniforms this volume is an excellent companion to Abbot's Africa 1850 to 1918 and although a slightly (!) wider timespan, does focus on the 19th century.
There is a lot of really interesting material and ideas here, I'm initially taken with the Dutch and their 35 year war in Northern Sumatra at the end of the C19th and a box of the new Wargames Factory WSS plastics would get much use on colonial service for many nations including the Austrians in India! Umm...

Whilst the book might seem expensive at £30 with no colour illustrations, it is an impressive piece of work and worth every penny if you have any interest in colonial wargaming.
Posted by Steve at 12:20:00