I've managed to finish a few bases of contraptions for the Belgian and French VSF armies. The models are all from Brigade's new French range (Tony did not have any of the new Belgians to hand when he sent the land ironclads), so I have painted one set up as Belgian. 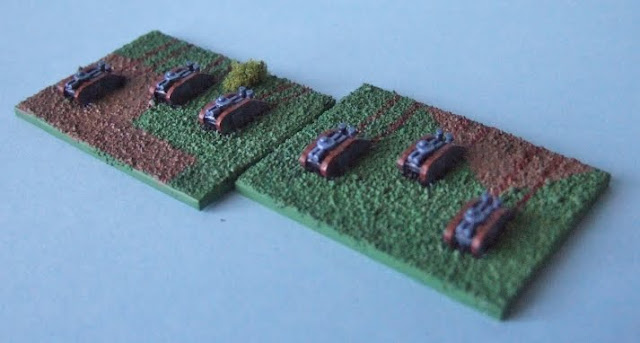 Both contraptions are really nicely done and paint up easily using a basecoat, wash, drybrush technique.

A while back I mentioned I was considering adding some Kapok smoke to the land ironclads and having found a stash of Kapok in the games room, decided to give it a go on one of the Belgian ironclads on Martian service. I coloured the Kapok with a marker pen and superglued it to the funnels. I'm not 100% sold on it but I think it certainly adds something to the model and helps reinforce the steam-era feel of the models and game... 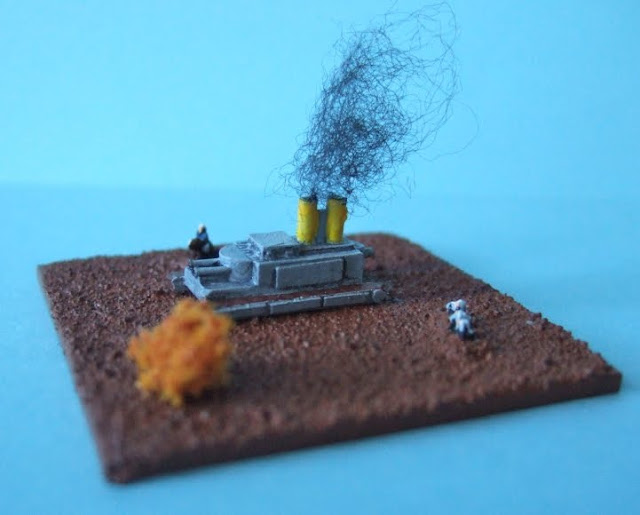 Onto the Belgian colonial infantry now (which being all white will double as Italians and a host of other nations with a change of flag!).
Posted by Steve at 11:57:00