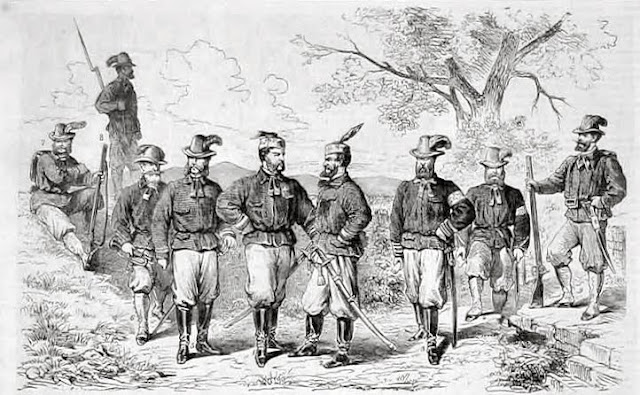 Take VSF for example, most gamers don't worry too much about it as a genre, it's really just an excuse to stick Zulu Wars 24th Foot on the same table as some steampunk toys and have some fun. Not me, nope I have to have some degree of historical accuracy to the bits that are historical, I actually cringe at VSF games set in England using the same 24th Foot in their white helmets. 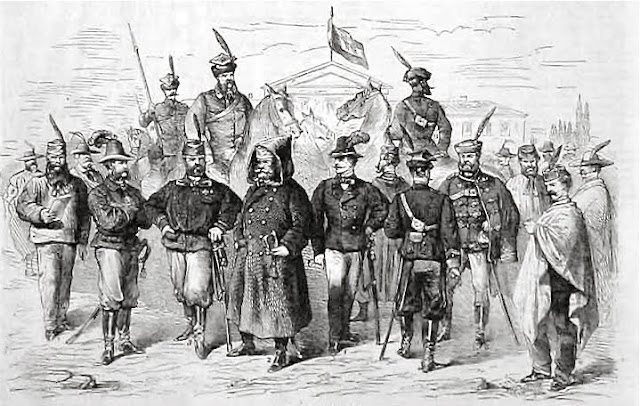 This does lead me down long diversions as the crusade becomes compulsive as I hunt out historical tidbits (good job I love history!). Today for example I was writing a Land Ironclads scenario, a fictional battle set in the (alternate) Maximilian Rebellion but I had to include historically accurate units from the Belgian Legion and Austrian Volunteer Corps (and the Juarista opposition) which necessitated a lot of time, some Google-fu and copious use of Google Translate (there are lots of useful foreign language websites a click away from understanding!). I did find a fascinating (German) website on the Austrian Volunteer Corps (as well as these nice period illustrations from another site) and can sleep easy tonight knowing that the artillery unit in the scenario is accurate in that it is a mountain gun battery, which the Austrians had, not a regular field artillery battery, which they didn't!