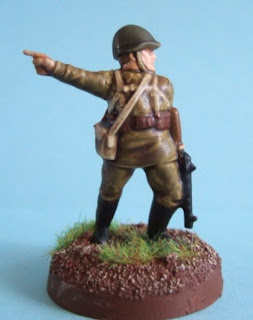 Bit of a Red Army theme in this post, although I have also almost finished a fairy for SWMBO, scratch-built a 2mm North-West European village from sprue for the "secret" VSF project and just cleaned up some nice new (as yet unreleased) land ironclad masters Tony from Brigade sent me.
More of this another day, today I have finished some more of the wonderful 28mm Plastic Soldier Company Russians I bought at Colours including some conversions I attempted...

First off are these two riflemen and smg'er. The smg pose is a little awkward in that he is holding the barrel but this is because he shares a common body with a rifleman which dictates the pose somewhat. 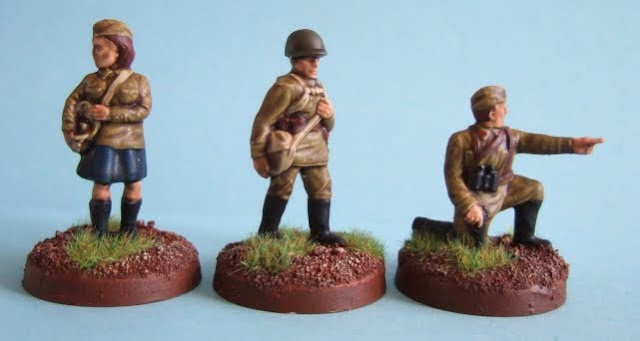 Next is the nurse many are moaning about (use your imaginations chaps), an officer kneeling and pointing and an uninspiring figure I've now concluded is the no. 2 to go with the walking lmger I painted earlier.

As these were plastic (and cheap) I couldn't resist attempting some conversions. The standing pointing officer had his arms replaced with the "holding smg" pair to make an NKVD Internal Security officer. His original pointing arm was stuck to the "useless" grenade thrower I didn't like to make a useful NCO and an lmg was stolen from a prone lmg team to have a soldier firing dramatically from the hip! 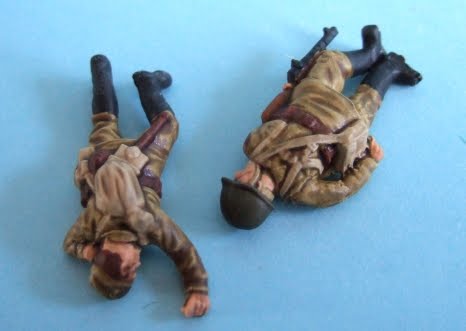 The prone trooper sans lmg was quickly converted into a casualty with one of the separate heads provided on the sprue and a quick arm and leg amputation and reposition of another of the "useless" grenade throwers gave me another casualty figure. 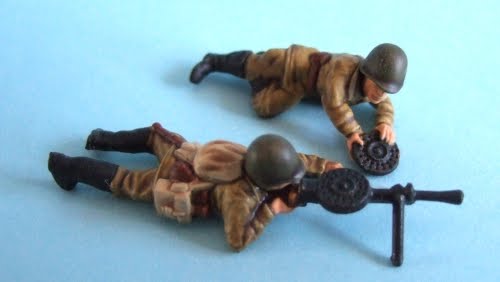 I painted up one prone lmg team as they are very nice but have yet to decide on how to base them as they don't fit on a 40mm base. 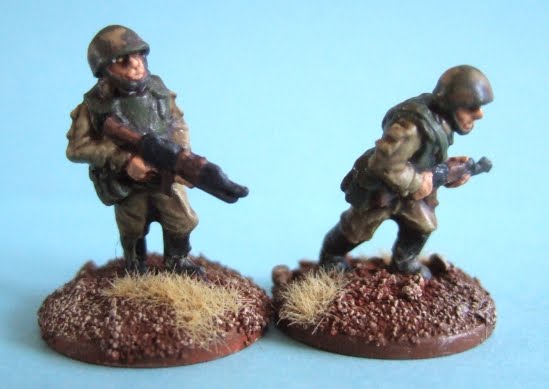 Finally in a fit of Sovietness I dipped and based a couple of old 20mm Hotspur troopers from their 1980's Afghanistan range. I have no idea who (if anyone) produces these now, but they are very nice figures and I must try and find the rest I bought back in the eighties (this also gave me a chance to try of the Dead Grass flock the idiot in GW Cribbs Causeway said they didn't sell!)
Off to Games Day tomorrow with Saul (and credit card) then a bit of working away so there'll be little chance to get much more done for a few days, but at least I might get a chance to finish reading Road of Bones...
Posted by Steve at 17:35:00