Warbanner have been posting some interesting looking photos on Facebook for their forthcoming Mortal Gods: Test of Courage game and I must say it looks mighty tempting. Apparently it shares the same core gaming engine as Test of Honour and whilst Samurai have never really floated my boat, I thought it would be a good idea to try Test of Honour to see what I thought of the game system.

Fortunately Steve and Matt down BIG both have the game and a pile of figures for it, and the club some Japanese scenery so tonight I took a break from getting beaten up in the Sudan to head off to try not to chop my head off with a katana in the Land of the Rising Sun!

Borrowing Matt's figures, Steve offered to be my teacher and opponent and set up an 18 point a side game so we had a variety of units to play with. I had two samurai and some ashigaru with spears and some with bows. The scenario had three objectives on the board, which to win you had to capture two... 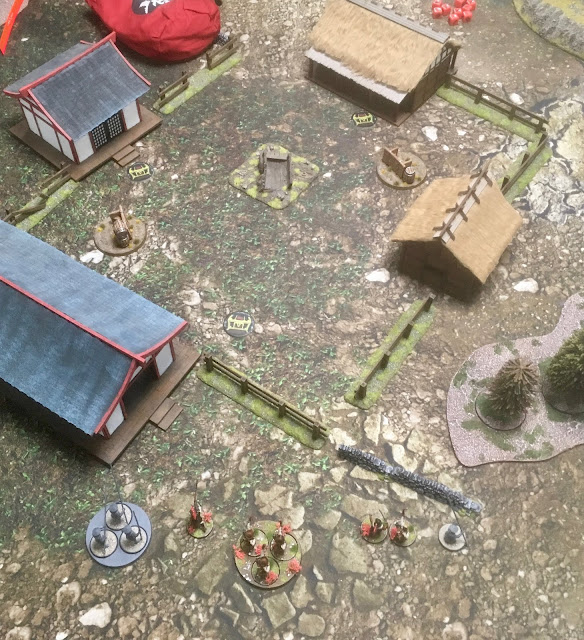 My cunning plan was to advance my samurai and spear armed ashigaru under archer cover and seize two of the objectives. 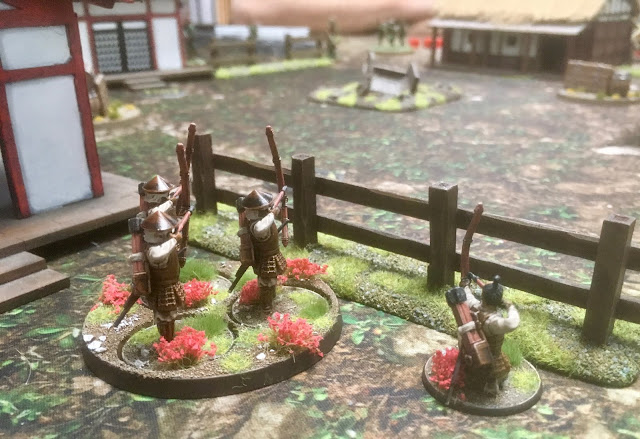 In the first major clash of the game Steve's big green samurai forced attacked my leader and forced him back inflicting a blood point! 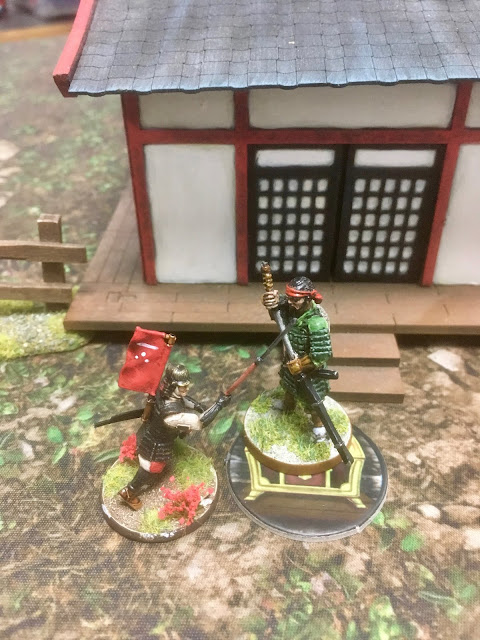 However in the next activation my leader charged back in and slew the mighty green one in a flurry of steel! He then passed a Test of Wits to seize the first objective. 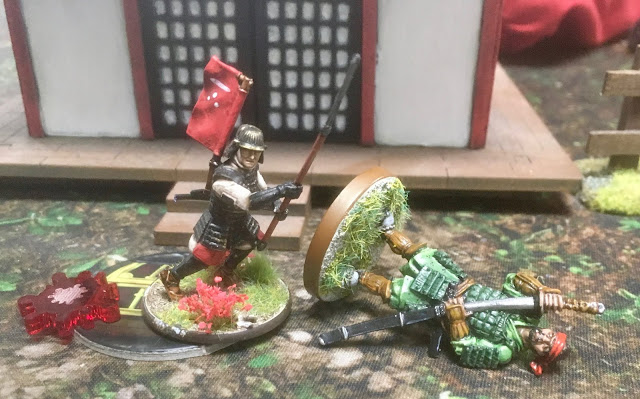 My two samurai then concentrated their efforts on Steve's second guy, whilst my ashigaru advanced down the table. After much sword play Steve's samurai was forced back but I had a new blood point. 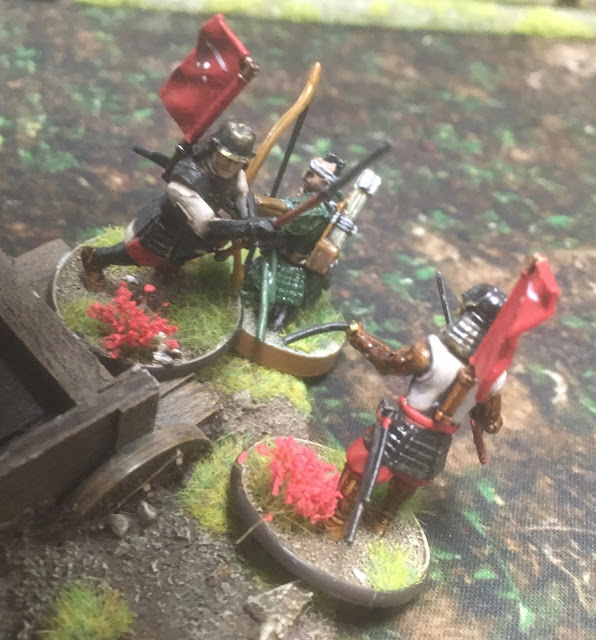 Fortunately Steve's dice rolling was pretty abysmal and whilst both my samurai were now wounded his bow armed ashigaru were unable to finish one or both off! 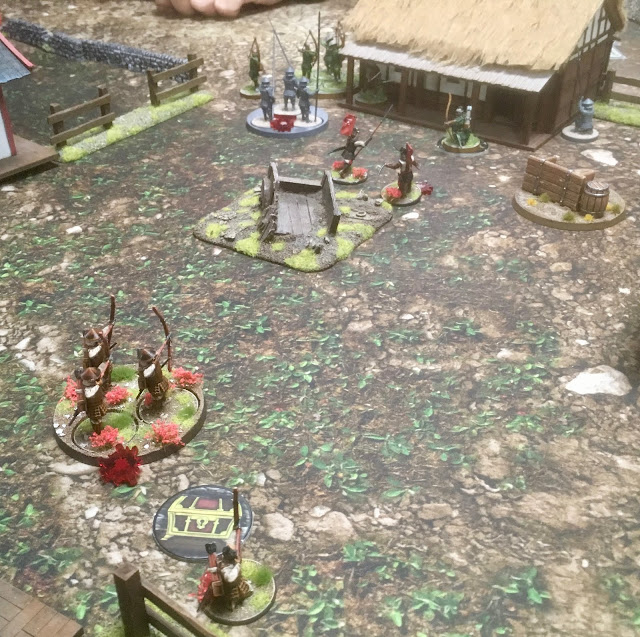 I charged my spear armed ashigaru at Steve's bowmen but failed to inflict any casualties. My bowmen advanced on the nearest objective and my samurai launched another series of acts on his remaining samurai, cutting him down!

As I had killed both Steve's samurai I had won the game!

I must say this was a lot of fun and thanks to Steve for the game and Matt for lending me his figures. The game is quite fluid and ebbed and flowed quite nicely, I liked the randomness of the activation system and some of the challenges it threw up on the decision making front. Steve was pretty consistent at rolling bad dice which helped me no end!

Whilst I'm not sure whether I want to start collecting Test of Honour figures (though I have always had a yearning for the Dixon Legends of Nippon range) I think the game was fun enough that I'll probably take the plunge with Mortal Gods: Test of Courage when that comes out....
Posted by Steve at 22:38:00