Here is soldier no. 2 in standing and kneeling positions. As Boggler pointed out the re-issued Multipose boxes only have six figures, and of that only one is kneeling and one is prone, so this requires a bit of surgery to get a second kneeling and prone figure out of the box. 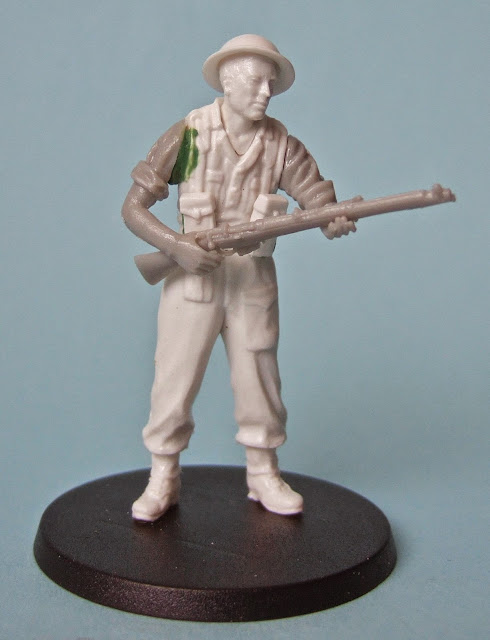 Luckily, I picked up some twelve figure sets released a way back by Airfix off eBay, so I should have enough figures for the half-section, I may also look at the legs in the Afrika Korps sets as I have quite a few of them and should have enough spare. 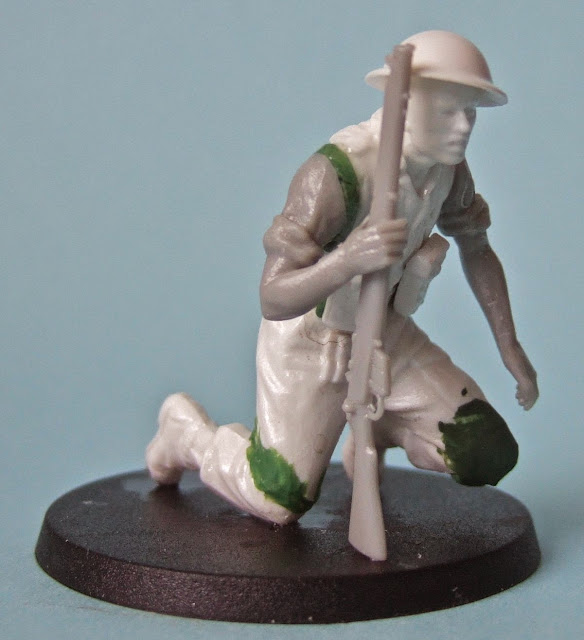 The keeling figure here is posed just pushing himself up, I think it looks ok. Now I need to add rifle straps, other equipment and work on the prone figures.
Posted by Steve at 15:22:00