It's a little while since I dug out the Airfix Multipose 8th Army and British Infantry sets to mix and match and make some British Infantry to use in a Kohima Normandy Firefight variant, however today I sat down with the heads, torsos and legs I stuck together to make some more progress. 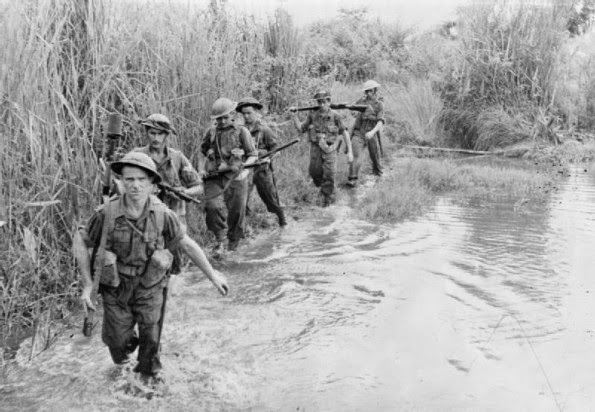 I've done a fair bit of research on what the British infantry in Burma looked like and these photos shows quite nicely the look I want to try and recreate. 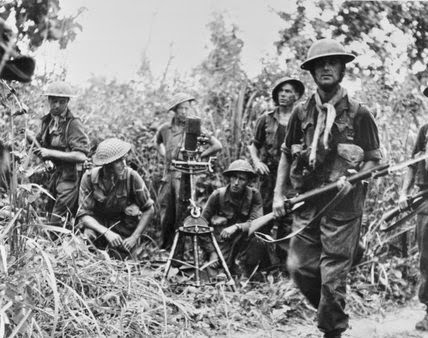 Normandy Firefight recommends standing, kneeling and prone figures for each character, which is an interesting challenge. Today, I made some progress on Tommy number one, completing a chunk f the work, including scratchbuilding ammo bandoliers on the standing and kneeling versions of the first character. 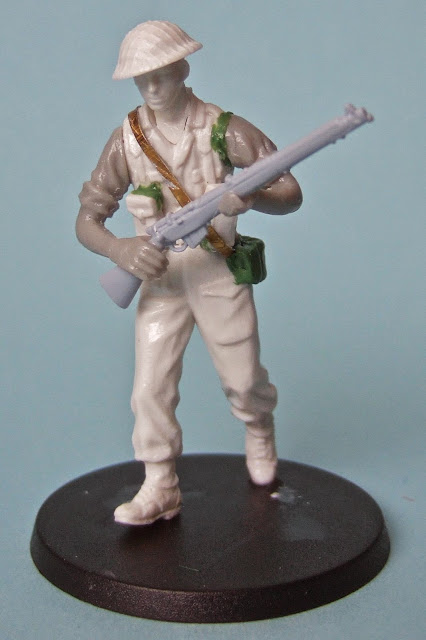 These are work in progress photos but show the standing figure... 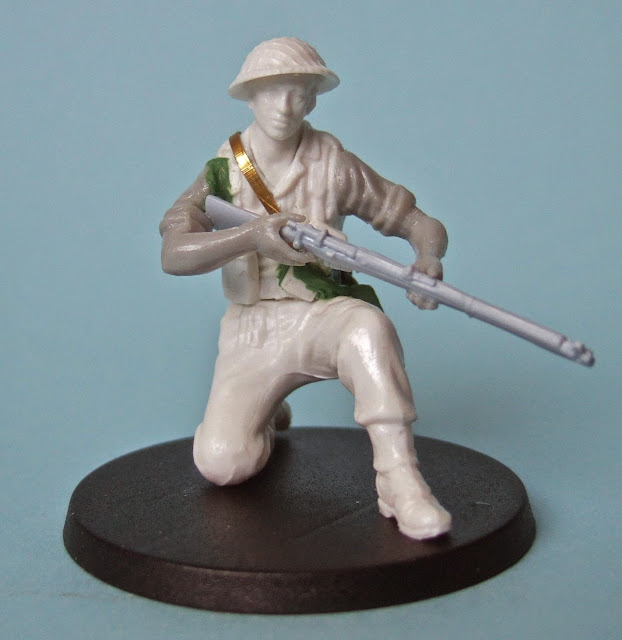