Fans of Mantic's Mars Attacks game might be interested some new source material in the form of latest Topps' Kickstarter, Mars Attacks Occupation. This KS will fund the production of a new set of trading cards, but will include other stuff such as a new miniatures game scenario and a digital novella. One of the stretch goals, already broken, is the production of some Dinosaurs Attack v Mars Attacks cards.

Now I don't know why I didn't think of this, but the idea of Martians v Dinosaurs is way beyond cool... 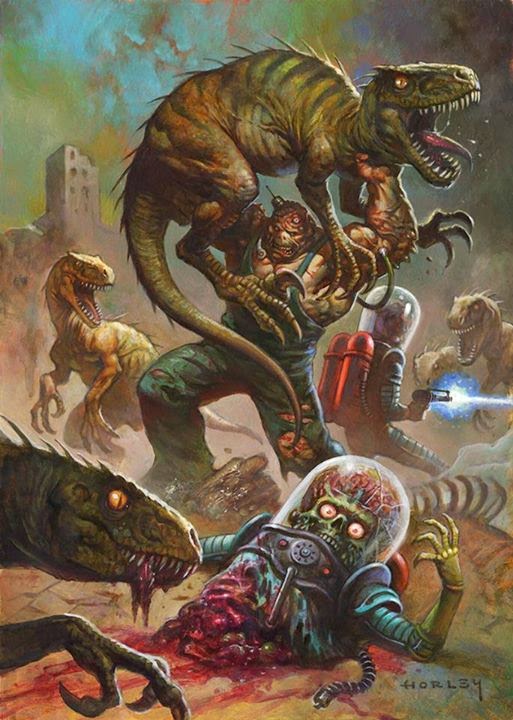