Before DreadBall there was another SF "American Football" style game around, Hasbro's Battle Ball. I picked up a copy when on holiday in Florida around a decade back and Saul and I played a few games, though I must confess it was not the most challenging of games. Sadly Hasbro (as is their wont, killed the game off rather than expanded it with new teams and advanced rules). There are some interesting fan produced advanced rules in this thread on the game here. 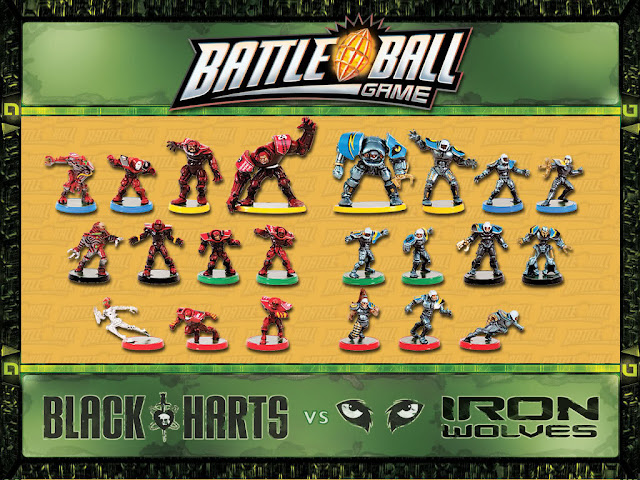 Having seen the DreadBall basic rules it clearly jumps up and down on Battle Ball and buries it deep, but it might be worth hunting Battle Ball down for the figures alone as they clearly will make useful DreadBall alternatives.
Posted by Steve at 12:57:00