Back To The Painting Bench...

I've just finished painting some Grenadier Orcs. This is the first time in a couple of weeks that I've managed to get some painting done due to the incessant demands of the 'Real World' and a stinking cold that still occasionally flares up (cough, cough, cough). Once dry I just need to sand, paint and flock the bases and they will be done (as will the Athenian cavalry who also just need basing).

Now October is supposed to be Zulu month but this will now probably be later in the month when I have a bit of holiday booked in (I'm planning a bit of a conveyor belt approach). In the meantime I will continue with the Orcs & Goblins as and when I can grab a few minutes here and there... 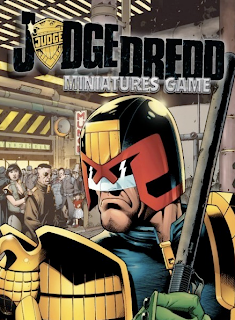 Whilst I haven't been doing much painting I have unfortunately been doing far too much spending...

First off I got hooked into the Judge Dredd Kickstarter. This wasn't a great surprise as I love Judge Dredd and have been meaning to get around to some serious Mega-City gaming for a long time now (I bought some of the Citadel figures decades back but that went nowhere...).

This will actually kill two birds with one stone as most of my 28mm SF 'Lead Mountain' will probably be easy enough to use in the Dredd background with minimal effort (after all a ganger is a ganger whether official or not).

Judge Dredd was going to be my last Kickstarter for the year but Eli (I See Lead People) Arndt has launched his own game company in the form of Loud Ninja Games and launched a Kickstarter for 15mm Space Raptors (c'mon how great is that?). Seriously, apart from supporting Eli with his cool idea, I have had for a number of years a hankering to play a few games based on Harry Turledove's World War series, based around an alien invasion during WW2. As the lizards in the books are around four foot tall, I'm hoping the 15mm raptors will work well enough with my 20mm WW2 collection. 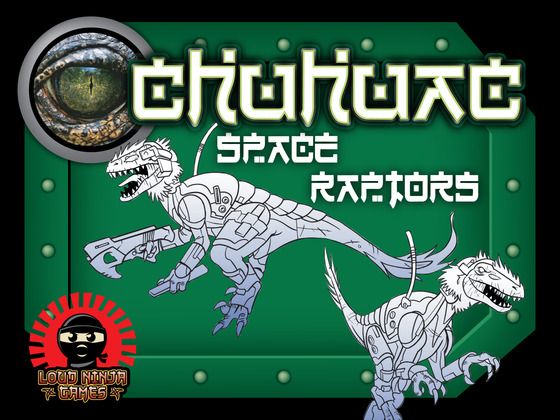