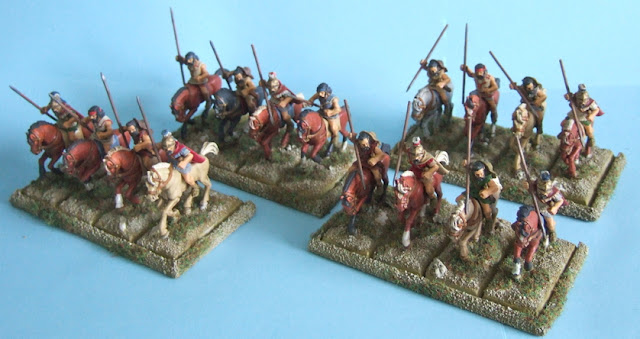 I have just completed the last of the planned Athenian army for the Peloponnesian War project, sixteen Athenian cavalry from Foundry. I actually only wanted twelve, but they came as a job lot on eBay so I painted them all up in case the extra four found themselves needed at some stage in the future. 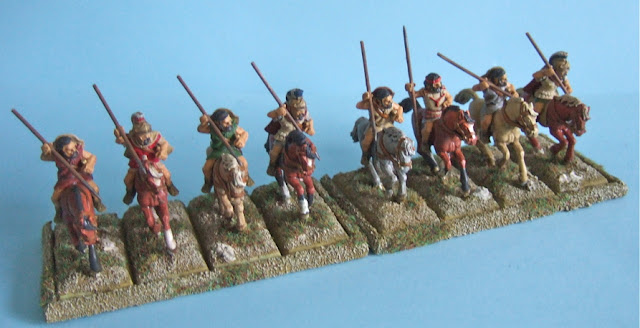 As with all previous Athenian posts, the figures were white undercoated, block painted and then dipped with Army Painter Soft Tone. I'm not 100% convinced the dip technique is appreciable quicker than my black undercoat technique, these certainly seem to take longer than the orcs but that might be because they are a much more stop and start approach waiting for the dip to dry, be matt varnished etc. 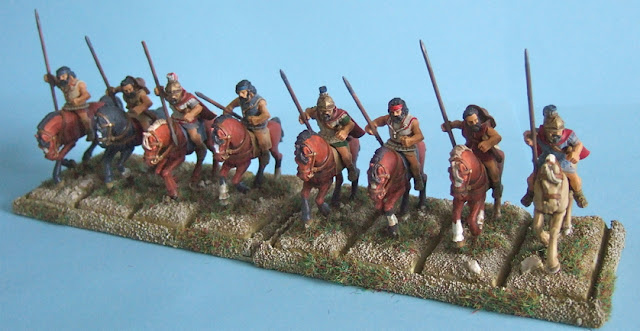 * Of course no army is every really finished and I am sure that there are many potential additions that could come along, but this was (by and large) the army I originally planned, therefore it is finished.

Just need to paint up the Spartans now...