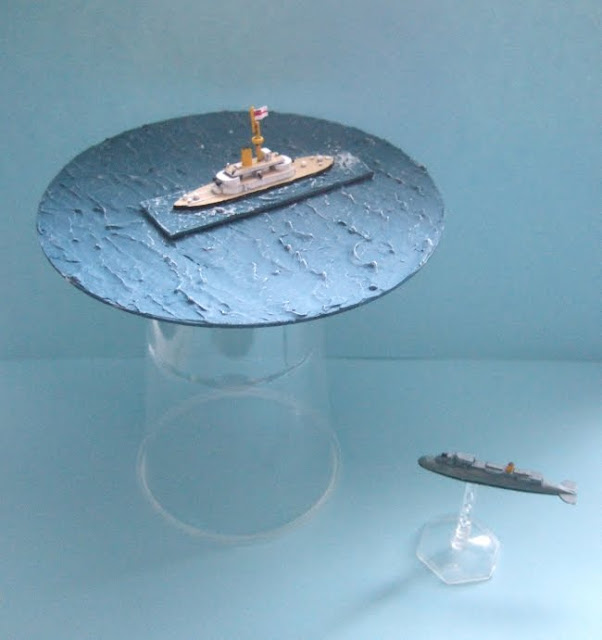 Things are becoming increasingly hectic at Bleaseworld as I try and get things ready for Salute, this thing called 'Real Life' doesn't help! :-)
A few things have gone pear shaped, notably the mould for the aquanef which was a bit of a disaster and in the end was cut up and with a pair of barbeque tongs was used to drop cast six aquanef to go with the six I'd managed to spin (although they didn't cast perfectly they will do for the game).
Anyway onto more interesting things and the problem of how to play a submarine game on a table and have surface vessels to sink. Trying to come up with something that was both practical and aesthetic wasn't easy. The idea of a two layer table was impractical to say the least and mounting ships on taller flying bases aesthetically unpleasing (they look like flying ships and we already do that game!). The solution, I think, is quite pleasing and effective. I've mounted a CD on a clear plastic beaker and covered it in the same sea effect as the ships bases. This gives a nice sea look for the ship and still allows for models under the surface to be moved with ease (apologies that the model under the surface is an aeronef but it shows what I mean and the aquanef are only at an undercoat stage). The effect without the CD is not as good and although you could just plonk the ship on top of an inverted beaker the amount of effort to texture and paint the CD is minimal and in my opinion worth it. 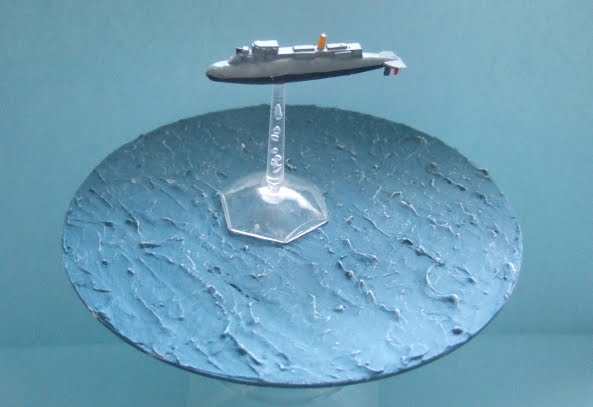 The CD/beaker solution is also useful for introducing aeronef who are either bombing ships of depth charging aquanef and allows for them to fly convincingly above the surface... 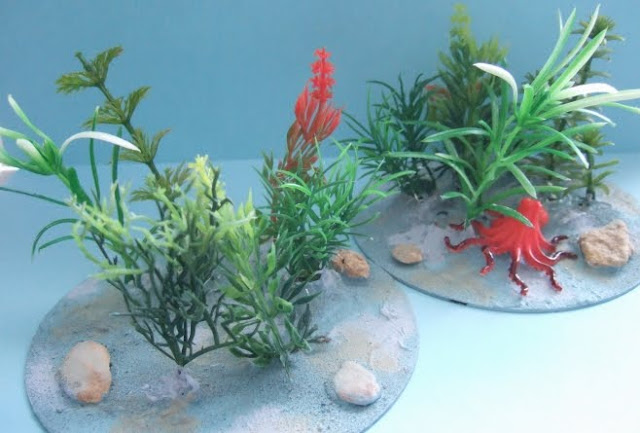 Rounding off here's a photo of some of the undersea flora that will be part of the game. Made from tropical fish tank grass mat and plants, hot glue gunned to CD's they will add a bit of visual relief to the game. I've also got a selection of underwater fish tank rocks and coral so it should look pretty eye-catching. If you are at Salute come and say hello and have a go...
Posted by Steve at 09:20:00