For the best part of some three decades I have always fancied raising a Kingdom of Italy Napoleonic army. I can't recall why but somewhere in 'Lead Mountain' is the start of a Battle Honours 15mm Italian line regiment, perhaps it was the white uniforms... Fast forward 30 odd years and the release of the Perry pre-1812 French rekindled the fancy and having decided to take part in a Peninsular Sharp Practice event at BIG in June (and having no 28mm Napoleonics!) I thought the time had come!

Whilst I only need 85 points for the event I have planned out over 100 to allow for some options and also with a view to maybe play some Napoleonic Rebel & Patriots games. With a month to go to the event I thought I needed to get some Napoleonic practice in (with Andy volunteering to blood them against his Spanish) and have broken the back of the army finishing the first groups this morning.

First up are two groups of Fusilier conscripts from the 4th Line Regiment made up from the Perry French Napoleonic Infantry Battalion 1807-14 box. 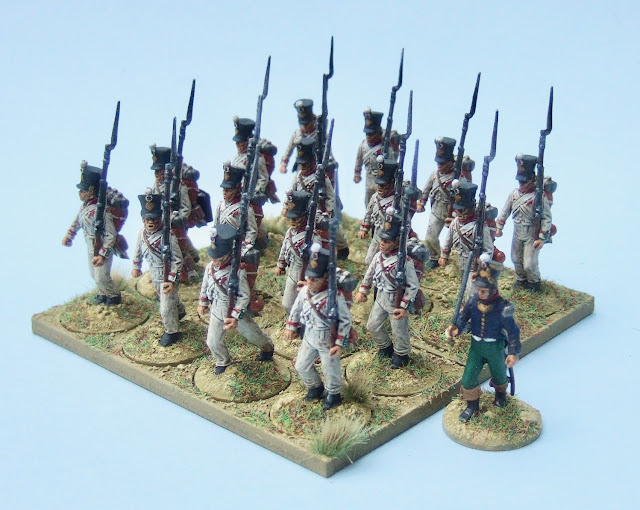 With the plan to have some more campaign weary Fusiliers that will form the core of the army, these two groups of newly raised conscripts have uncovered shakos and are in regulation uniform. That said they are supposed to be in the field so they are not parade ground in appearance. 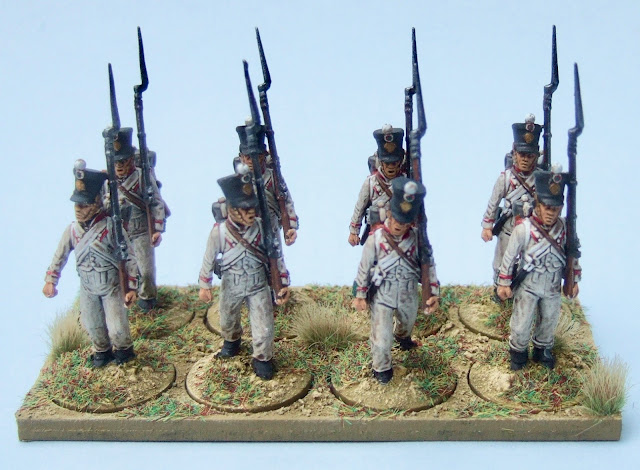 To get the final look of the uniforms I painted Army Painter Soft Tone dip over a white undercoat but took care not to allow it to pool too heavily in any folds or creases before carefully dry brushing Vallejo White Grey on any cloth areas and pure White on any leather. I think this has worked nicely giving the uniforms a nice linen look. 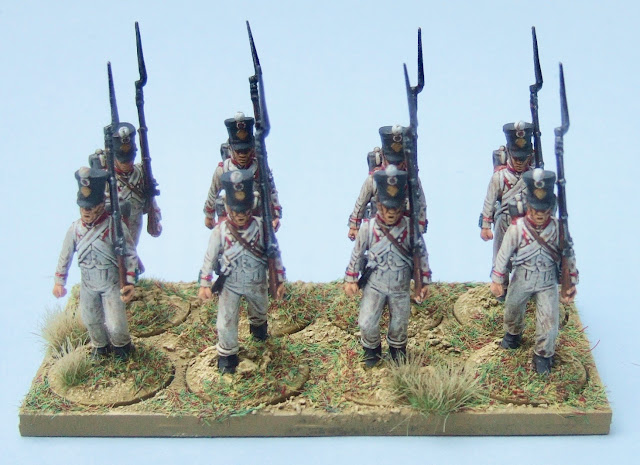 The officer was painted up in a (not untypical) non-standard blue undress coat and green breeches (a nod to the uniform worn previously by the troops of the Kingdom of Italy).

Next up some Grenadiers...