The Men Who Would Be Kings: The Piper's Lament

Apologies for the tardiness of these reports from recent battles in Afghanistan but real world stuff keeps getting in the way, but some interesting battles have been fought and lost so I will do my best to report back over the next day or so...

Having decided to decamp from the Sudan to Afghanistan for a few games of The Men Who Would Be Kings, I dug out some near twenty year old mountainous terrain (originally used at Salute for an Aeronef game in, IIRC, 2001) and decided to use it all to give the game a different feel to the games we'd been fighting in the deserts of the Sudan.

I didn't really think the implications of giving the Afghans all that cover through did I? :-)

We decided to try the It's Awfully Quiet Out Here scenario with 27 points of Brits and Tajik mercenary allies are ambushed by 36 points of gun totting Afghans. 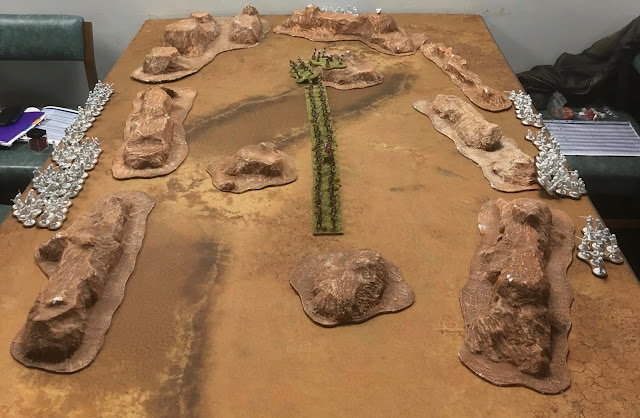 I decided the hill in front of the 1/66th was going to cause me a problem in restricting my field of fire and potentially providing cover for the Afghans so I quickly occupied it. Unfortunately elsewhere attempts to be proactive and aggressive with the 92nd (Gordon Highlanders) came to naught as they refused to move. 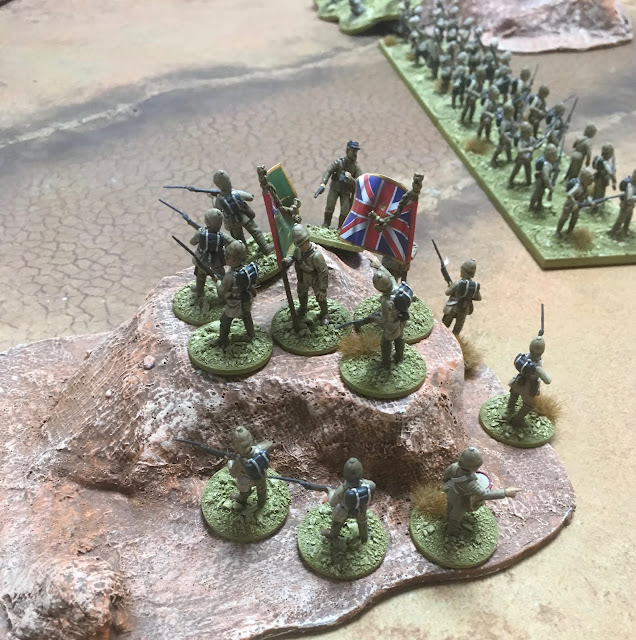 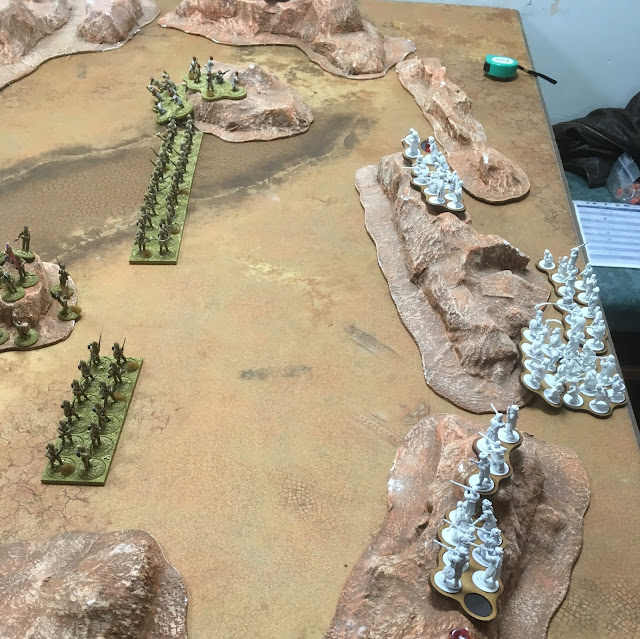 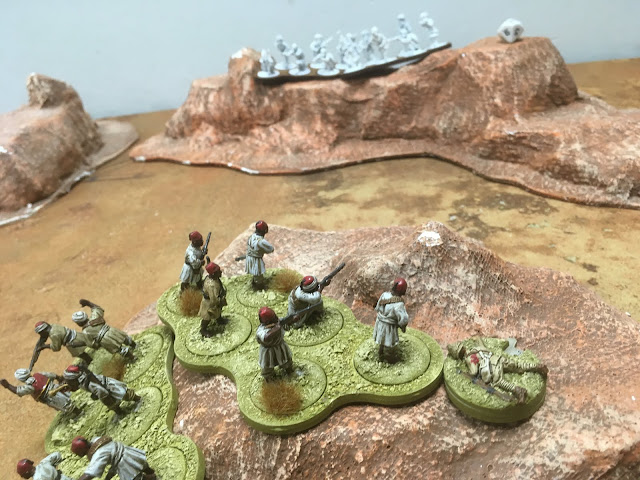 With his Irregular Infantry sniping from the ridges in the flanks, Amir George Khan decided to launch his Ghazis at the 66th clearly confident based on his experiences with the stabby Mahdist guys in earlier games...

The 3/66th started firing at the advancing Tribal Infantry causing a couple of casualties at long range. 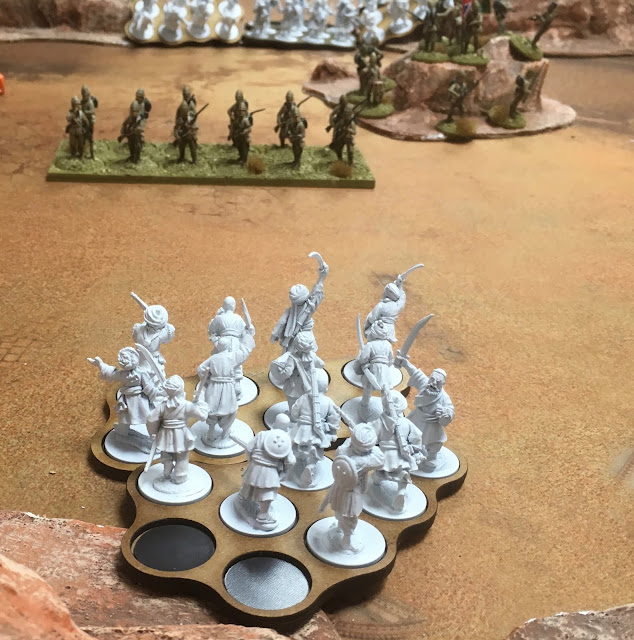 Whilst on the other flank George decided to bring two units in on the 1/66th defending the hill. 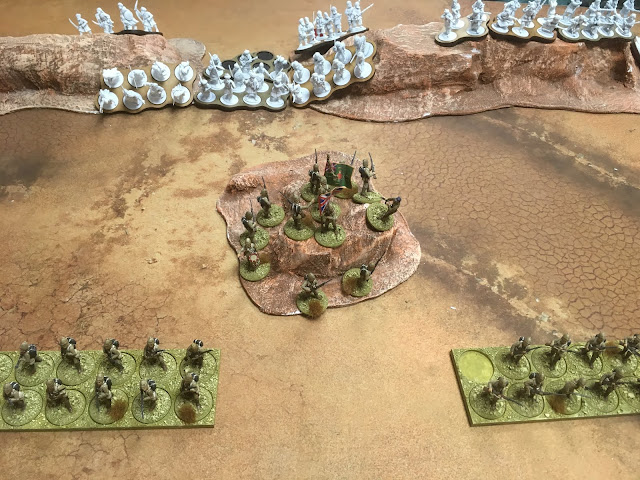 On unit of Ghazis charged in... 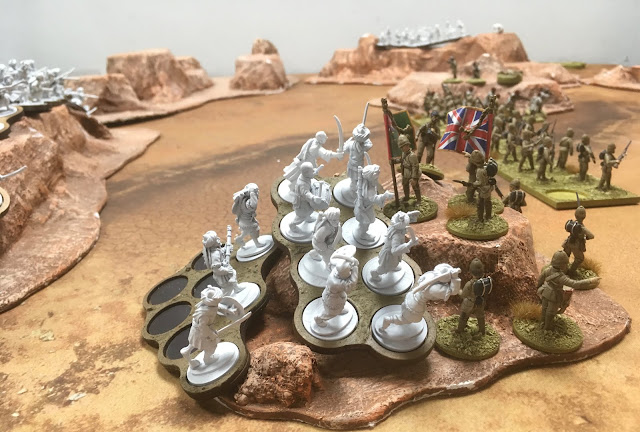 But where beaten back by the sharp bayonets of the 1/66th. Unlike the Mahdists these guys were not Fanatics so not quite as stabby in hand to hand combat!

George then resorted to his time honoured tactic of trying to Pin a unit with missile fire before charging in and his snipers in the hills (and my failed Pin test) saw the 1/66th Pinned and at the mercy of another charging unit of Ghazis... 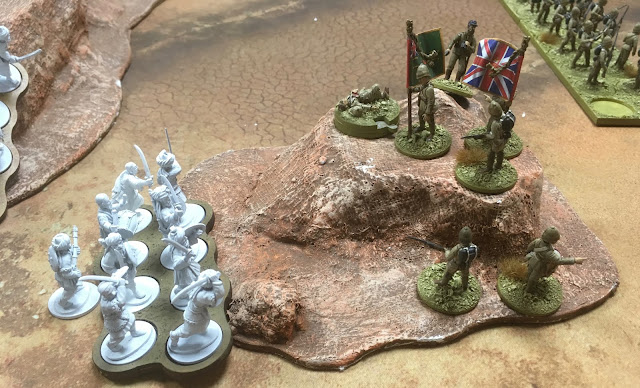 The Afghans took the hill forcing the 1/66th back but... 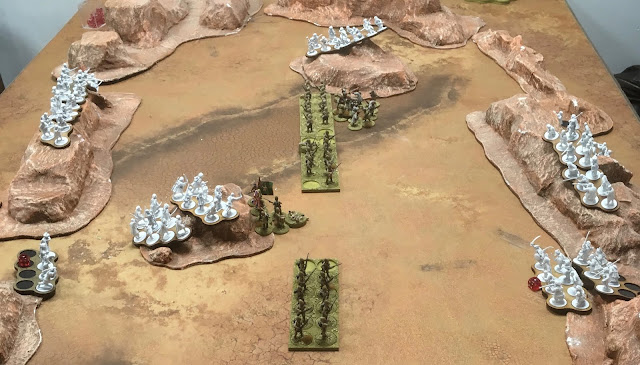 ...came under fire from the 2/66th and were Pinned and then Routed after failing a Rally test.

British success here was not mirrored at the top of the board with the Tajiki having lost their hill and the 92nd getting themselves Pinned by rifle fire. 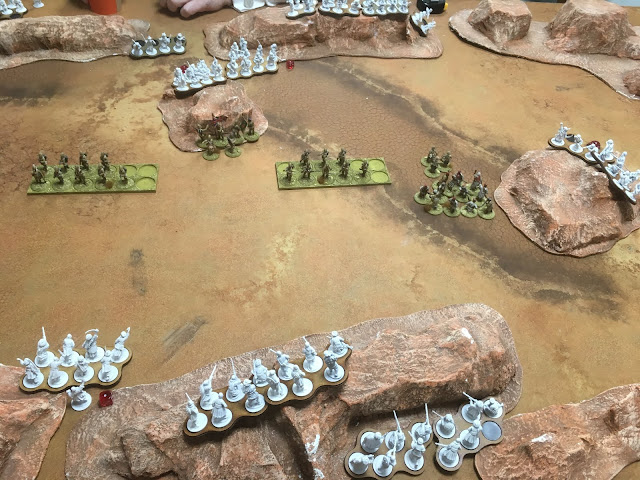 The Routing of the Ghazi unit did offer some respite as two Irregular Infantry units managed to Pin themselves having seen their brothers flee the battlefield, but this respite was short lived. 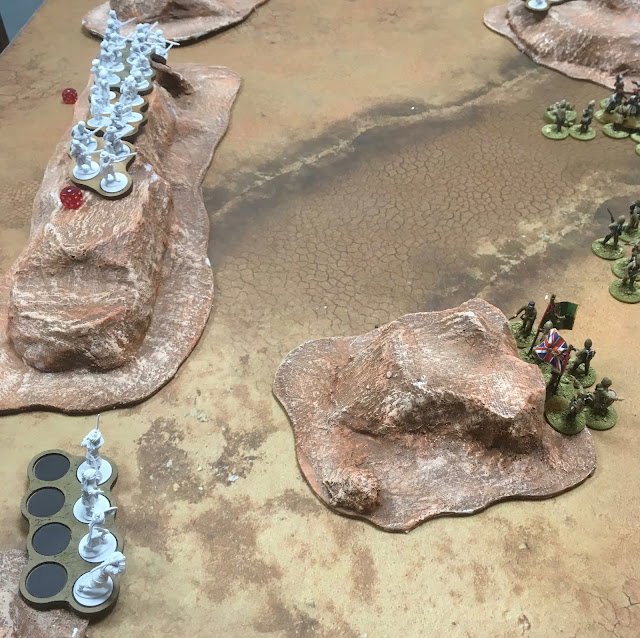 Amir George Khan realised that whilst his Ghazis had been largely ineffective, his rifles in the hills were gradually eroding the British strength and suffering few casualties themselves as they had the benefit of being in long range and soft cover. 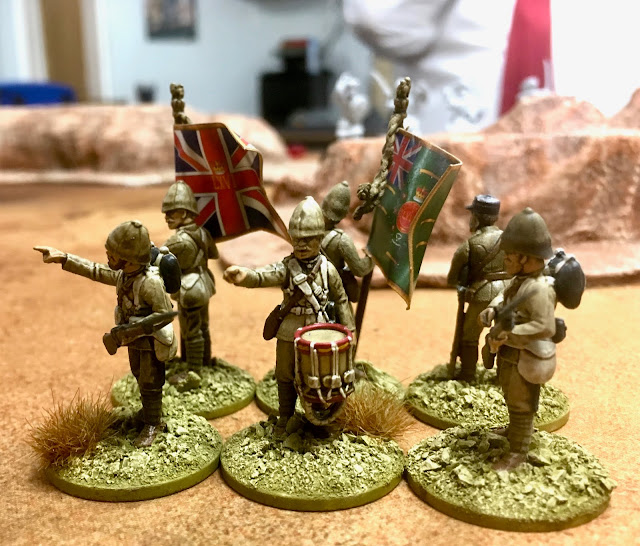 Soon the rifle fire began to tell with the 92nd reduced to just the piper and all the other units down to under half strength. Could they last out to the end of the game and possibly secure a narrow points victory? 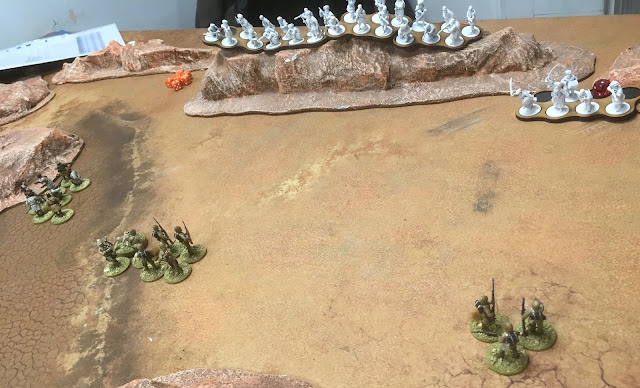 The short answer was no, with two turns left this was all that remained of the ambush British force, two well understrength Pinned units.... 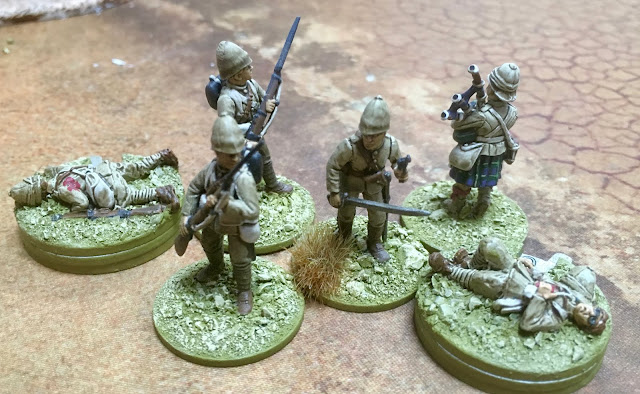 The final turn seeing the lone piper Pinned in the Afghan hills playing a lament as the natives closed in around... 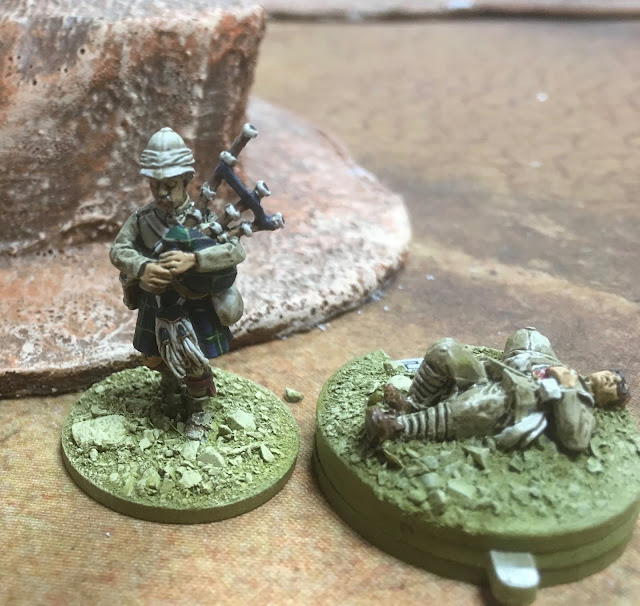 Despite losing this was quite a fun game and at one point (as the Ghazis bounced off in a way the Mahdists don't) I thought I might be able to secure an Imperial victory, but the persistent rifle fire from the hills was the killer.

In retrospect I should have persisted with my original plan which was to advance on one of the enemy flanks, clear it and then force the remainder of the enemy into the open to engage my troops with my longer rifle range hopefully causing them a headache. The 92nd refusing to obey orders on turn one and the tempting hill on the other flank caused me to forget by turn two!

The Afghans are an interesting foe compared to the Mahdists, not as hard in hand to hand combat (George has not upgraded them to Fanatic) but having a lot of rifles, even if not as good as the ones Regulars have, does have distinct benefits if you can use them from cover.
Posted by Steve at 16:29:00